Pool D can be classified as the “group of death” in this 2017 edition of the WBC, with the level of competitiveness it brings.

Mexico, Italy, Puerto Rico, and Venezuela will comprise arguably the toughest pool to be in in this tournament. Mexico will serve as the host of the pool, with the games being played at the Estadio Charros de Jalisco in Guadalajara, Mexico.

The host of the group will have home-field advantage in this pool, but it may not be enough to help them out. Mexico was the host of the 2017 Caribbean World Series in Culiacan, Mexico, but fell in the final of the competition to, oddly enough, Puerto Rico. Mexico have been in the WBC for all editions since 2006 and their highest finish was in 2006 when the team finished in 6th place. The coaching staff on this Mexico team is among the most interesting in the tournament. Former Padres’ player and San Diego native, Edgar Gonzalez, will serve as the Manager for team Mexico in the 2017 WBC. Edgar had been successful as the Manager of the Aguilas de Mexicali in the Mexican Pacific League, which earned him a chance to be the skipper for his nation.

A pair of intriguing coaches that team Mexico does have on its roster are Fernando Valenzuela and Jose Silva. Valenzuela, of course, is one of the most recognizable names in baseball history with his time with the Los Angeles Dodgers. He also spent a short time with the San Diego Padres and a few other teams in his 17-year MLB career. Jose Silva is a less recognizable name as he spent seven seasons in the MLB as a pitcher with the Toronto Blue Jays, Pittsburgh Pirates, and Cincinnati Reds. The interesting thing about Silva are his ties to San Diego. Silva is a native of Tijuana and went to Hilltop High School in Chula Vista, California. Mexico will have other ties to San Diego on the team with former Padres fan favorite and San Diego native, Adrian Gonzalez, current Padres pitcher, Carlos Fisher, and former Padres pitcher, Oliver Perez. Also on the team is Baltimore Orioles pitcher, Vidal Nuno, who is a native of National City and a former Sweetwater High School student. 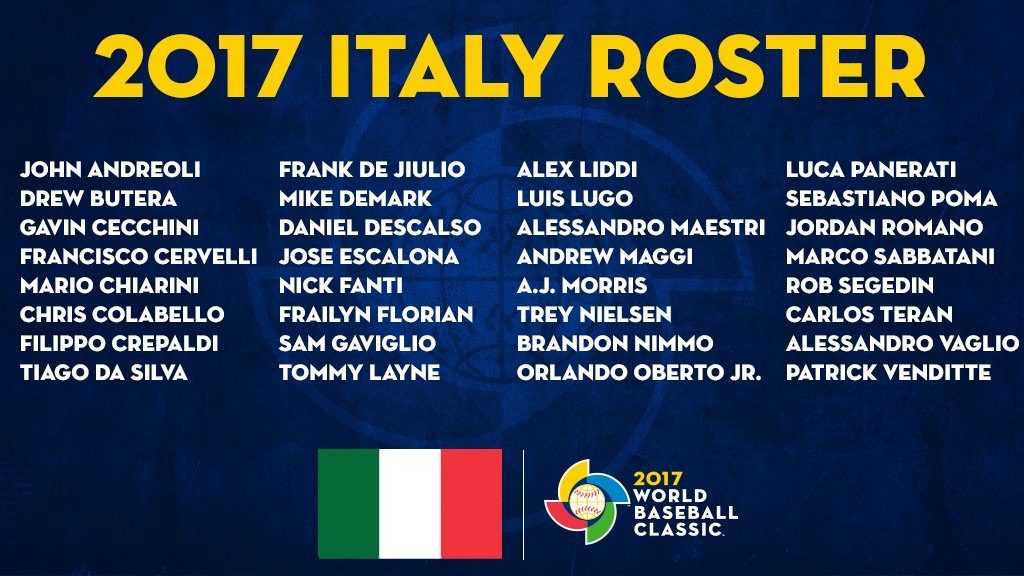 Mexico has a strong roster filled with MLB talent for this edition of the WBC. Some of the standout pitchers include Marco Estrada, Yovani Gallardo,, Julio Urias, and Miguel Gonzalez with Jaime Garcia and Jorge De la Rosa not being able to participate in the tournament. Mexico will also present one of the strongest relief cores in the competition with players like Roberto Osuna, Sergio Romo, Joakim Soria, and Jake Sanchez, who was voted to be the best relief pitcher of this past Mexican Pacific League campaign. Edgar Gonzalez will rely heavily on his brother, Adrian, to supply the heavy power on the team with Oakland Athletics slugger, Khris Davis, no longer participating in the competition. Gonzlaez had 18 home runs and 90 RBI in this past MLB season, and should be able to provide solid work in the middle of the lineup for his brother. Other interesting names that this Mexico team has is Tijuana native and backstop, Xorge Carillo, former Dodger, Luis Cruz, who has been playing in Japan for the last few years, and veteran Mexican league outfielder, Chris Roberson. This mix of players is among the most interesting in this 2017 WBC and should put up a good fight in this pool.

Italy is, by far, the least likely team to make it to the second round of the tournament in San Diego, not just in this pool, but in the whole competition. It is not that this team is that bad, but the group of teams that surrounds this Italy team makes it almost impossible for it to happen. Italy have been present in all editions of the World Baseball Classic and their highest finish was seventh in 2013. Italy surprised the baseball world in 2013, beating Canada and Mexico to advance to the second round of the tournament. They would lose to Puerto Rico and the Dominican Republic to get knocked out of the competition, but the fact that they got to the second round was impressive in its own right. Italy will count with a lot of domestic talent, starting with the manager, Marco Mazzieri, who has been in charge of the team since 2007. Mazzieri had an extensive playing career in the Italian Baseball league, playing from 1980-2000, and offers a wealth of knowledge for this team. Italy does count with an MLB-heavy roster, but also has 10 players who play domestically in the Italian Baseball League. One former Friar on this Italian team as a relief pitcher, is Tommy Layne. Some of the standouts on the team include switch-pitcher Pat Venditte, backstops Drew Butera and Francisco Cervelli, Mets prospects Gavin Cecchini and Brandon Nimmo, and veterans Chris Colabello and Daniel Descalso. Italy is facing long odds in this Pool D of the competition. It will be interesting to see if Marco Mazzieri can pull off another upset like in 2013.

The island territory has been present in all editions of the World Baseball Classic, with its most successful campaign coming in 2013, finishing as runners-up of the tournament. Like all of the previous years, Puerto Rico will present a strong team with a strong coaching staff as well. The manager of the ‘boricuas’ will be former Padres’ pitcher, Edwin Rodriguez, who has been in charge of the team since 2013. Some notable members of the coaching staff include Carlos Delgado and Juan Gonzalez who hit a combined 907 home runs in the major leagues. Some former Padres also comprise part of Puerto Rico’s staff in Carlos Baerga, Ricky Bones, and Jose Valentin. Baerga and Bones played in San Diego, while Valentin served as a coach for the Friars recently. While no current Padres’ player made Puerto Rico’s roster, a pair of former Friars do make their presence on the team in Rene Rivera and Reymond Fuentes. 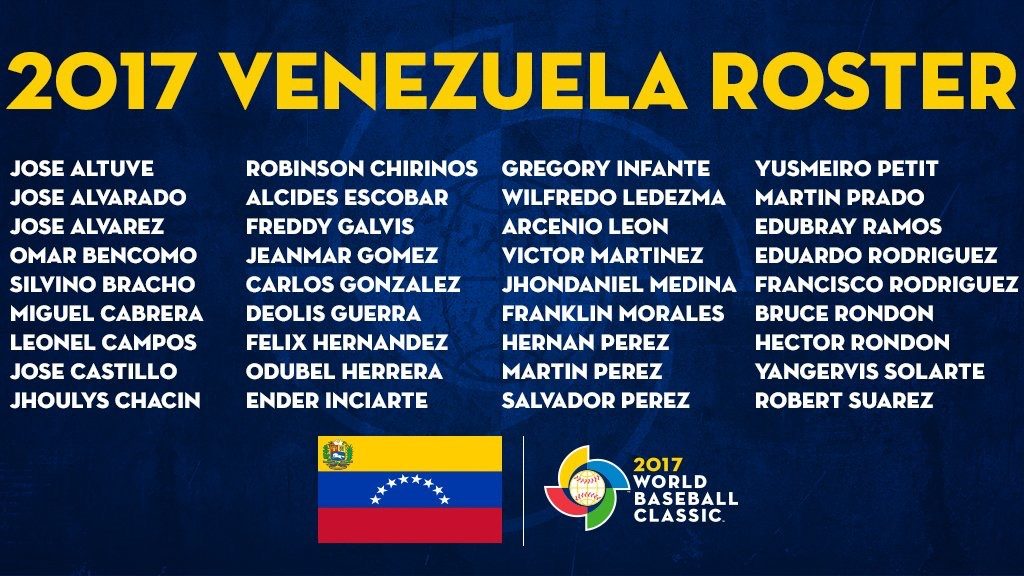 Edwin Rodriguez will not count on strong pitching in this tournament, with his best pitcher possibly being Seth Lugo from the New York Mets. Other intriguing options for Puerto Rico, pitching wise, include Edwin Diaz from the Seattle Mariners and former major league pitcher, Joel Pinero, who pitched in the Caribbean World Series. Four members of the Criollos de Caguas who represented Puerto Rico in the Caribbean World Series and were crowned champions will be present for Puerto Rico in this edition of the WBC. This includes Joel Pinero and former World Series champion with the Phillies, J. C. Romero. The projected starters for this Puerto Rico team could be as follows: Yadier Molina behind the plate, Javier Baez, Carlos Correa, Francisco Lindor, and Kennys Vargas making up the infield. Finally, Carlos Beltran, Angel Pagan and Enrique Hernandez in the outfield. Yadier Molina or Carlos Beltran could also possibly DH for Puerto Rico to make room for Indians catcher, Roberto Perez or Twins outfielder, Eddie Rosario. The strength in Team Puerto Rico is certainly in the offense. Pitching may turn out to be the downfall of this team with not many options for Edwin Rodriguez. Puerto Rico will still make their presence felt in this pool, battling for a spot in the next round of the competition.

Venezuela has always brought amazing talent to MLB. The South American nation has been present in all editions of the WBC, with third being their highest finish in 2009. Venezuela has a well-balanced team that could take them far into the competition this year. Perhaps, the most intriguing component of Venezuela is their manager, Omar Vizquel, who will be in his first major managing gig. Venezuela will count with a few current and former Friars on its rosters. As far as former Padres, there is a pair of former pitchers in Leonel Campos and Wil Ledezma. The current Padres’ presence will be the strongest out of any other team, with three representatives from the San Diego team. Jose Castillo, Jhoulys Chacin, and Yangervis Solarte will represent their country in this edition of the WBC. The most intriguing out of the three has to be Jose Castillo, who was impressive in the Venezuelan Winter League, earning him the spot on the WBC roster. Castillo, 21, pitched 13 and two-thirds scoreless innings this winter with Navegantes del Magallanes. It will be interesting to see what the lefty can do in this competition. Other standout pitchers for Venezuela include Felix Hernandez, Francisco Rodriguez, and Hector Rondon. A projected look at Omar Vizquel‘s team can look something like this: Salvador Perez behind the plate, Jose Altuve, Miguel Cabrera, Alcides Escobar, and Martin Prado making up the infield, with Carlos Gonzalez, Obdubel Herrera, and Ender Inciarte in the outfield. The DH can vary with a number of players, but will most likely have Victor Martinez filling that role. The infield is also not set in stone, with very talented players like Rougned Odor and Yangervis Solarte also on the team. This Pool D of the competition is, perhaps, the most competitive of the tournament. Venezuela is an early favorite to surpass the pool.

The World Baseball Classic is a unique competition in the world of baseball that only comes around every four years. It is a great opportunity to experience the beloved game of baseball as the global sport it truly is. Make sure to watch these games and maybe even head out to Petco Park when the second round of the competition gets underway from March 14-19. Cheer on your nation and support players from your favorite team as well. Viva Mexico! Go USA! Go Padres!