Pool B features a strong contingent of teams in Japan, Australia, China, and Cuba.

Japan will serve as the host of the pool as the games will be played at the Tokyo Dome in Tokyo, Japan. Here is a look at each team in Pool B of the 2017 WBC.

The two-time champions are not just favorites to take this pool, but are also early favorites to take the whole thing. Japan, of course, won the first two editions of the WBC (2006 & 2009). They then finished in third place in the 2013 edition of the competition. The NPB of Japan is, of course, not as strong as MLB, but over the years the league has produced outstanding players who have shined in WBC competitions. Pitchers have specifically stood out, such as Daisuke Matsuzaka, Kenta Maeda, Masahiro Tanaka, and Yu Darvish.

Japan will be led by Hiroki Kokubo as the manager, who has been in charge of the team since 2013. Kokubo is fairly young at 45 years old and had an outstanding NPB career, making 11 all-star games during his playing career. Japan will only have one MLB player on the team in Houston Astros outfielder, Nori Aoki. The 35-year-old was absent during the 2013 edition of the competition, but did comprise part of Japan’s championship teams in 2006 and 2009. The new sensation for Japan in this edition of the WBC was set to be Shohei Otani, but unfortunately an injury has ruled him out of the tournament. The new ace for this Japanese team will be Yomiuri Giants pitcher, Tomoyoki Sugano. The 27-year-old has had an impressive NPB career, going 44-28 with a spectacular 2.34 ERA in four seasons. It will certainly be interesting to see how Sugano and this Japan team can do in the 2017 World Baseball Classic. Another interesting thing to see will be the crowds out at the Tokyo Dome, which are expected to be a spectacle. The atmosphere at a Japanese baseball game is distinct from that of an MLB game, so it should be very interesting. 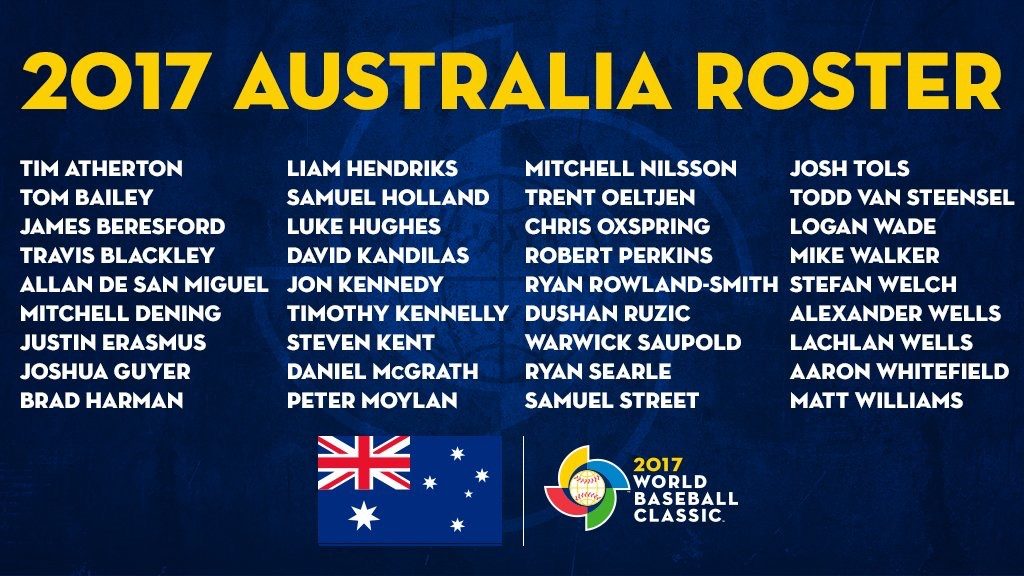 The Aussies are no strangers to the WBC as they have been present in all three of the editions. Australia, unfortunately, has never had success in the competition, as the highest they have ever ranked is 12th. This year, Australia will have Jon Deeble as the skipper of the national team. Deeble has had a wealth of experience being a scout within the Red Sox organization from 2002-2015, and now forming a part of the Los Angeles Dodgers organization. Deeble has managed the team in all editions of the tournament and will look to battle for a spot to advance to the second round of the competition. Australia is composed of an MLB-strong roster, with 15 players pertaining to an MLB team. Among the standouts on the team are pitchers, in Travis Blackley, Liam Hendriks, Peter Moylan, and Ryan Rowland-Smith. The Aussies could definitely emerge as dark horses in this pool. It will be interesting to see how they do. 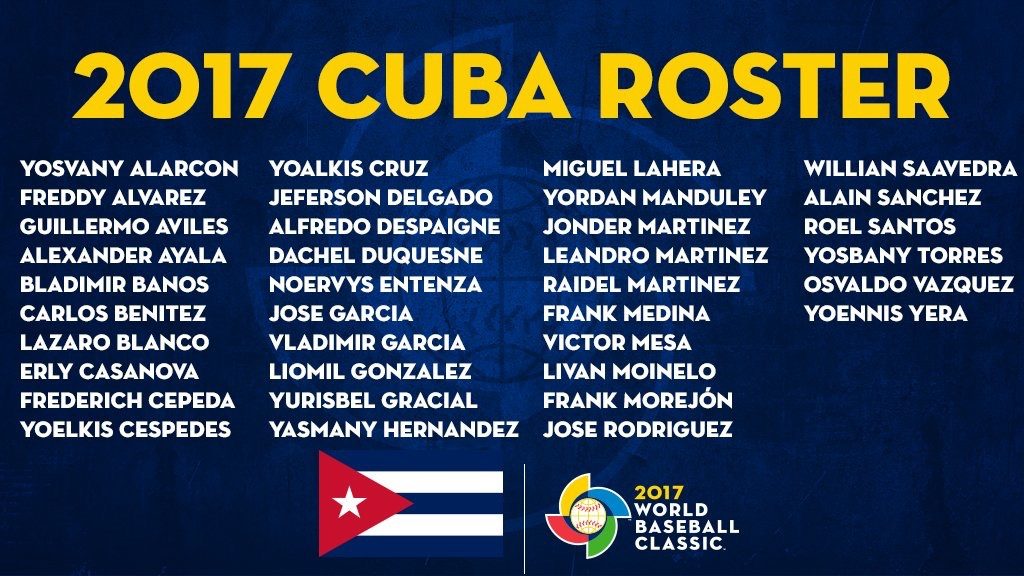 The most intriguing player on the roster is Bruce Chen, who has been retired since 2015, but decided to come back and pitch for China in this edition of the WBC. It will be interesting to see how the 29-year-old fares after some time away from the game. China has had their fair share of interesting skippers starting with Jim Lefebvre in 2006, then current Mets manager, Terry Collins, back in 2009. Now John McLaren is the man at the helm, who has been in charge of the team since 2013. McLaren, of course, has had an extensive MLB coaching career, managing the Seattle Mariners and Washington Nationals and being a coach on various teams since 1986.

Cuba has always been an important team in the competition, being present in all editions of the WBC and finishing as runners-up in 2006. Like Japan, Cuba has showcased some great players in this tournament which went on to have success in MLB. Some standouts include Yasmany Tomas, Aroldis Chapman, and Yoenis Cespedes. Even a pair of former Friars have represented Cuba in the competition; Alexei Ramirez in 2006 and Odrisamer Despaigne in 2013. Carlos Marti, manager of Cuban team Alazanes de Granma, will be in charge of the national team in this WBC. Granma represented Cuba in the Caribbean World Series, and were successful getting to the semi-finals of the competition. There will be eight players from Alazanes de Granma representing Cuba in the WBC, including Yoelkis Cespedes. Yoelkis is the half-brother of MLB star, Yoenis Cespedes, and is set to be the next big thing off the island. The 19-year-old outfielder is said to be a five-tool player and is an exciting prospect for this upcoming WBC.