The World Baseball Classic is a competition that is comparable to the World Cup for certain baseball fans.

While the competition is not as appreciated in the US as it is in Japan, the WBC is one of the most viewed sporting events around the world. The beauty of the competition is that it has showcased how global the game of baseball really is. A perfect example of this is that the US has never won the competition. Maybe 2017 can be the year.

The WBC also has different rules than in MLB concerning the designated hitter, extra innings, and mercy rules. There is a designated hitter for all games of the competition, so we will not witness Bartolo Colon swinging the bat in the 2017 edition of the WBC. During extra innings, beginning in the 13th inning, teams start with runners on first and second base. Mercy rules apply when a team is ahead by 10 runs after seven innings, or 15 runs after five innings.

The WBC started in 2006. At this time there was still an Olympic baseball tournament and an actual tournament called the Baseball World Cup. Japan won the first edition of the WBC, defeating Cuba 10-6 in the championship game at Petco Park. It was in this WBC where Daisuke Matsuzaka became relevant, winning the MVP of the competition and reaching the major leagues with the Boston Red Sox in the same year. 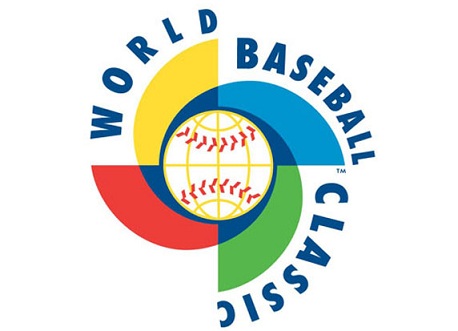 By the time the second edition of the World Baseball Classic came along in 2009, Olympic Baseball was a thing of the past. Japan repeated as champions and won the WBC yet again, this time beating South Korea 5-3 at Dodger Stadium. Another consistency was that Daisuke Matsuzaka was named the MVP of the Competition once again. After 2009 there would now be a four-year gap between the competitions instead of three.

In 2013, the WBC was left alone as the only international baseball competition, as the Baseball World Cup saw its last spell in 2011. A major change in 2013 was that there was now a qualification stage prior to the tournament. 12 teams that had won at least a game in the 2009 competition were guaranteed a spot in the tournament. The remaining four spots were battled for by 16 teams in a qualification stage prior to the start of the WBC. In 2013, the winner of the tournament could truly hold the title of “World Champions” in baseball. The Dominican Republic broke the streak Japan held by going undefeated with an 8-0 record and winning the tournament. The D.R. won the competition by defeating Puerto Rico 3-0 at AT&T Park.

It has been four years since 2013, which means it is time for another World Baseball Classic. The fourth edition of the competition will be composed of 16 different teams from five different continents, and it will be played in four different countries. The first round of the WBC will be played from March 6-12 in South Korea, Japan, Miami, and Mexico. After that, the second round will run from March 14-19 at Petco Park in San Diego and at the Tokyo Dome in Tokyo, Japan. The championship round of the WBC, which features the semi-finals and the final, will be played at Dodger Stadium in Los Angeles from March 20-22.