Pool C features one of the strongest group of teams in the competition with the United States, Canada, Colombia, and the Dominican Republic making up the pool.

The United States will be the hosts of the pool, with the games being played at Marlins Park in Miami, Florida.

The US, surprisingly, have never had much success in the World Baseball Classic, their highest finish being fourth in the 2009 edition of the tournament. In 2013 the US team had a disappointing run, being knocked out in the second round of the competition. The US has always had extremely talented players like Derek Jeter, Ken Griffey Jr., Chipper Jones, Joe Mauer, and several others representing the nation. Some former Padres who have represented the team with the stars and the stripes include Jake Peavy, Michael Barrett, Luke Gregerson, and Heath Bell.

The Americans have been led by some interesting managers; Buck Martinez in 2006, Davey Johnson in 2009, Joe Torre in 2013, and now Jim Leyland will be the man at the helm in the 2017 edition of the tournament. The United States also has some intriguing coaches in Tino Martinez, Willie Randolph, and Alan Trammell. The United States will have an amazing group of players representing the nation in this years’ edition of the tournament. Some of the standout pitchers include Chris Archer, Sonny Gray, David Robertson, Danny Duffy, Michael Fulmer, and Andrew Miller. The possible starting players for this US team might be: Buster Posey as the catcher. Paul Goldschmidt, Daniel Murphy, Nolan Arenado, and Brandon Crawford making up the infield. And Giancarlo Stanton, Andrew McCutchen, Adam Jones, and Christian Yelich fighting for outfield spots. Perhaps one of the four outfielders can be the DH, or Posey can be the DH and Jonathan Lucroy can be the man behind the plate. Other options for Jim Leyland include Matt Carpenter, Eric Hosmer, A.J. Ellis, Ian Kinsler, and Alex Bregman. There are a pair of former Friars on the roster in bullpen pitchers Luke Gregerson and Pat Neshek. Overall this US team is among the strongest in this World Baseball Classic, and should compete for the title. 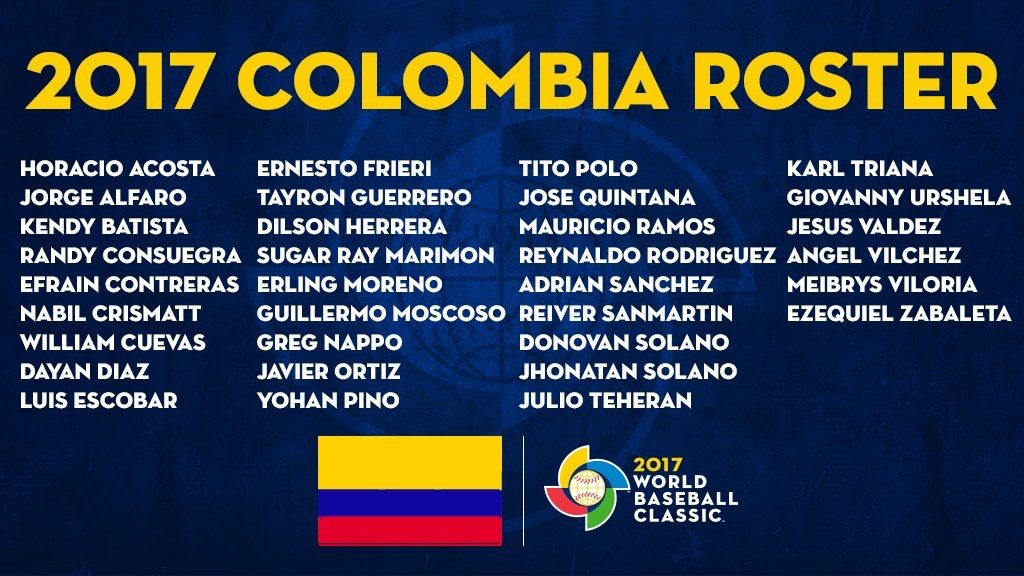 Among the most interesting teams in this WBC is our neighbors from north of the border. Canada has been present in all editions of the competition and their highest finish was ninth place in the first edition of the tournament in 2006. This year, Canada will be led by former long-time major league player, Ernie Whitt as the manager, with former Padres player, Paul Quantrill, and former MLB superstar, Larry Walker, being part of his coaching staff. There will be a presence of the current Padres franchise on Team Canada in Josh Naylor and Jamie Romak. Naylor is a very interesting player to look out for in this tournament as he is only 19 years old and possesses great power in his bat. Other notables on this Canadian team include Ryan Dempster, Eric Gagne, Freddie Freeman, Justin Morneau, and Dalton Pompey. The most interesting players are Ryan Dempster and Eric Gagne. Dempster retired in 2013 and Gagne in 2008. Gagne also served as the manager for Team France during the qualification stage for this WBC. It will be interesting to see how these former MLB pitchers will perform in this competition.

Colombia will be playing in their first World Baseball Classic, the ‘cafeteros’ beat Spain and Panama to be in this edition of the WBC. Colombia is led by Luis Urueta as the Manager and has some intriguing coaches, most notably former long-time major league player, Edgar Renteria. A pair of former Padres’ pitchers are on the roster in Ernesto Frieri and Tayron Guerrero. The best component of this Colombian team is their pitching, lead by all-stars Julio Teheran and Jose Quintana. Chances look slim for the ‘cafeteros’ to make it past this pool, but they do have an outside chance of making the second round in Petco Park. 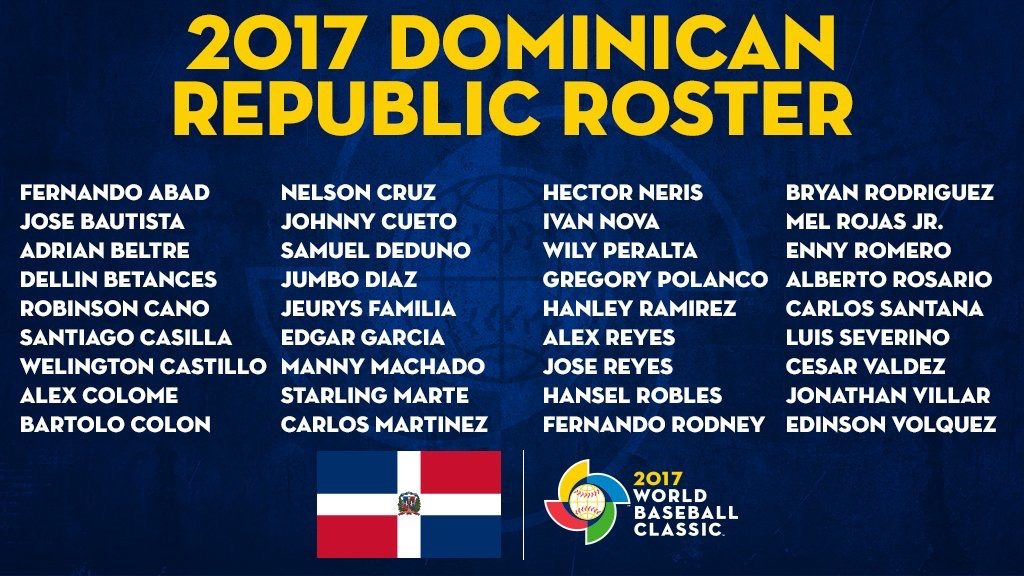 Another one of the ‘giants’ in the baseball world, the Dominican Republic also form part of this Pool C of the competition. The D.R. is, of course, the current champions of the WBC, having won the tournament four years ago in 2013. Tony Pena‘s side were crowned champions of the 2013 edition by beating Puerto Rico in the final at AT&T Park. This year, Tony Pena will again try to lead his team to another championship. The Dominican Republic will yet again present a strong selection of players representing the country. The top pitchers for the island nation include Dellin Betances, Alex Colome, Bartolo Colon, Johnny Cueto, Jeurys Familia, and Carlos Martinez. A couple of former Padres pitchers will also comprise this team in Fernando Rodney and Edinson Volquez.

The lone Padres’ representative on Tony Pena’s team will be pitcher, Bryan Rodriguez, who excelled in winter league play, earning him the spot on the roster. The possible starters for the Dominican Republic could be as follows: Wellington Castillo as the catcher. Hanley Ramirez, Robinson Cano, Adrian Beltre and Manny Machado making up the infield. With Nelson Cruz, Starling Marte and Gregory Polanco comprising the outfield. Finally, Jose Bautista might be the designated hitter for the team. Pena can also start Bautista in the outfield and perhaps place Carlos Santana as the DH. The other options for Tony Pena include Alberto Rosario, Jose Reyes, Jonathan Villar and Mel Rojas Jr. The Dominican Republic is always a favorite for this competition and should excel in this years edition of the WBC.