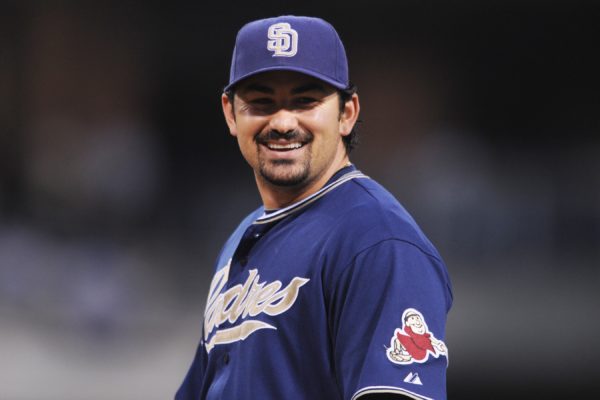 What if Adrian Gonzalez had stayed?

Adrian Gonzalez was a hometown hero. Born in San Diego and having attended Eastlake High School in Chula Vista, Padres fans loved having another hometown son they had not had since Tony Gwynn retired. He was selected to three straight All-Star games with the Padres from 2008 to 2010. From 2006 to 2010, he averaged 32 home runs, a .288 average and a 136 wRC+. Gonzalez is one of only four Padres to hit 40+ home runs in a season, which he did in 2009.

After 2010, the Padres knew he would be expensive to sign long-term and he would enter free agency after 2011. So instead of re-signing him, they shipped him off to Boston. With the Red Sox, it was much of the same. He hit 27 home runs while batting a stellar .338 and 155 wRC+ and was selected to a fourth straight All-Star team. Gonzalez maintained success at the plate up until 2016.

What if the Padres had opened their tightly clenched wallets to keep their hometown hero? Maybe they don’t flirt with 90 losses for the next half-decade. After Gonzalez left, the Padres had Yonder Alonso man first base the majority of the time starting in 2012, who averaged seven homers per season in those four seasons.

Gonzalez has fringe-Hall of Fame numbers right now. He has over 2,000 hits and his career 129 OPS+ is just a tick short of 130, the final number of Hall of Famers Dave Winfield, Roberto Clemente, and Carl Yastrzemski. Fewer than 100 players in the history of baseball have hit 300 homers with 2,000 hits – A-Gon is one of them. Imagine if he had played a few more years in San Diego. He would still be revered instead of now jeered and sometimes hated in San Diego. He would certainly be the franchise’s home run king, as he finished an incredible two home runs shy of Nate Colbert’s franchise record. Even now, he deserves Padres Hall of Fame consideration.

If Gonzalez had played his 2011 through 2015 seasons in San Diego, his number 23 would be retired in San Diego. Period. 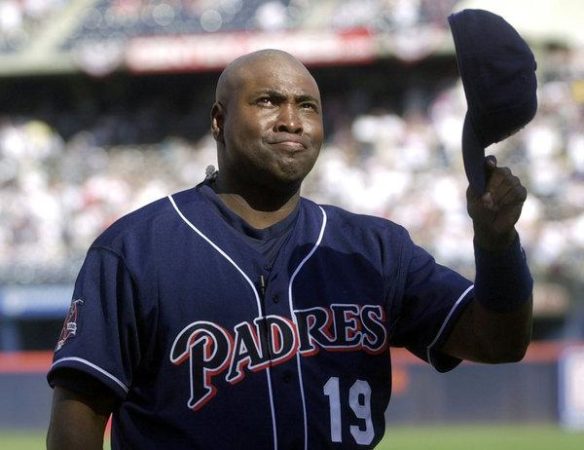 What if Tony Gwynn left San Diego to be paid what he deserved?

Tony Gwynn. Just saying his name around America’s Finest City will cause locals to smile. He still is the king of San Diego; Mr. Padre. He needs no introduction here. He is the single most important sports figure to ever put on a San Diego uniform. What is perhaps most loved about Tony is his loyalty. Throughout his 20-year career, all with the San Diego Padres, he consistently turned his back on big bucks elsewhere to stay in San Diego. He never earned more than $6.3 million in a season, at a time in the mid-90’s when guys like Mark McGwire, Larry Walker, and Mike Piazza were making well north of $9-10 million.

In 1989, he was being paid less than $1.2 million, which was less than five of his teammates (Jack Clark, Bruce Hurst, Craig Lefferts, Eric Show, and Ed Whitson). That’s just criminal to the best pure hitter since Ted Williams. What if he said, “to heck with you guys, I want to get paid”? What if he simply just wanted to be paid what he deserved?

Certainly, the Padres would have not been able to afford Tony. He would be scooped up and showered with money by perhaps the Yankees. In the winter of 2000, before his final season, Gwynn and the Padres were in intense talks of extending his contract and he admitted in an L.A. Times article that the Indians and Royals had offered him more money.

Let’s say he leaves after the 1990 season after some clubhouse turmoil instead of being re-signed. There is likely no division crown in 1996 nor a National League pennant in 1998. I don’t think it’s a stretch to say that the Padres do not have Petco Park without Tony Gwynn. Who knows? Maybe among the disputes in trying to get a new ballpark, the Padres leave San Diego altogether, as that wretched football team did.

It’s a chilling thought, the Padres franchise without Tony Gwynn. There really isn’t a franchise at all. This team has no World Series rings and only five playoff appearances in 50 years. Let’s be grateful that San Diego did have Gwynn for the entirety of his 20-year career because frankly, I don’t want to think anymore about what would have happened to this franchise and city if Mr. Padre had left.

What are some of your biggest “what if” moments as a Padres fan?

Native of Escondido, CA. Lived in San Diego area for 20 years. Padres fan since childhood (mid-90s). I have been writing since 2014. I currently live near Seattle, WA and am married to a Seattle sports girl. I wore #19 on my high school baseball team for Tony Gwynn. I am a stats and sports history nerd. I attended BYU on the Idaho campus. I also love Star Wars.
Tags: 1998 Padres, Adrian Gonzalez Padres, Padres History, Padres What Ifs, San Diego Padres, Tony Gwynn
Pages: 1 2

The biggest one you left out was trading Ozzie Smith for Garry Templeton. At the time it seemed no worse than even but they traded when one the best shortstops ever for one who turned out to be a below average player.

There is likely no division crown in 1996 nor a National League pennant in 1998 without Gwynn. I don’t know what you were watching, but Caminiti was clearly the leader and catalyst of those teams. Gwynn was a role player at that point in his career. As great a contact hitter that Gwynn was he was basically a singles hitter. No disrespect but Gwynn never carried the team as some suggest.

What if Kevin Towers drafted best available and not by signability.

What if Bug Selig didn’t allow an owner to purchase the team on a 5 year payment plan only to rip the team from him in the 4th year and give it back to the previous owner.

What if Jeff Moorad didn’t need his guy Josh Byrnes and Jed Hoyer/Jason McLeod were able to build their vision.

What if the Padres didn’t draft Matt Bush in 2004? Epic bust, and a predictable one at that. And the guy who went second had a decent career…

Interesting piece, Nick. Definitely a lot of scenarios to wonder about. I do think it is a bit presumptuous to assume the Padres did not try to help Khalil Greene.