Okay the time has finally come.

The inevitable is here and it seems painfully obvious that Dean Spanos is about to take his football team and leave.

The San Diego Chargers are staring at possibly their last few games in franchise history. Thinking about that brings a whirlwind of emotions. The first wave brought anger, followed by sadness and pain. At this point, most fans are either in denial or they have completely washed their hands of the team.

Dean Spanos and his constant alienation of the fan base created this mess. He has nobody to blame in recent years, but himself.

Sadly, I agreed with his stance on the stadium situation initially. The team waited patiently as the city of San Diego constantly put the stadium issue on the back burner. The constant dishonesty within the system put the Chargers in the back of the city’s mind and, meanwhile, Qualcomm Stadium slowly turned into the dump it presently is. The city seems more than willing to play ball now and the fact he is using that to his advantage is a low blow. His business mind took over and he is constantly trying to bully the city into getting exactly what he wants. That will not fly in San Diego. The citizens of this great city do not hesitate to turn their back on that type of behavior. That was voiced in November at the ballot booths. That vote in itself was a sham as many of the citizens of San Diego were not even allowed to vote. Chula Vista residents, which make up a big percentage of Chargers’ fans, were not allowed to vote. So for Dean Spanos to make the assumption that the city does not want his team here, is dumb.

Now here we are a few days before Christmas and many Chargers’ fans are hoping for a Holiday miracle. Perhaps in the last minutes of this debacle a settlement will be reached that will stabilize the future of this team in San Diego, but at this point it will take exactly that… a miracle.

Late Sunday afternoon, reports started to surface from Vincent Bonsignore of the Los Angeles Daily News and Fred Roggin of NBC Los Angeles that Dean Spanos is considering re-branding the football team if he moves to Los Angeles. That would include a new name and a new color scheme for the fresh start in a new city.

That might be for the best, as the Chargers name belongs in the city and shouldn’t move with his team. 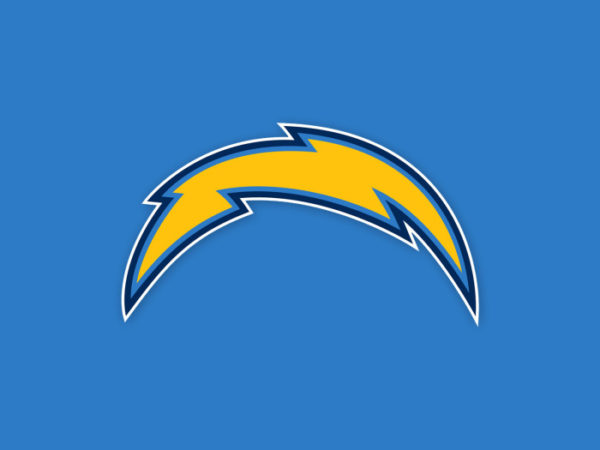 But is that possible? And if it is done, does that mean another NFL team will hightail it to San Diego?

Well yes, it is possible, and in fact it is something that the NFL would probably want. The Chargers name has been in San Diego for 55 years and despite what Spanos does, the league does not want to burn bridges with the city. However, there still is no viable option for a team long-term in regards to a stadium, and if one is to be made, it still must be approved to a certain extent by the citizens of the city. That in itself is a long road.

A move similar to how this might play out took place in 1995 when Cleveland Browns owner Art Modell decided to move his franchise to Baltimore. There was legal action taken by the city of Cleveland and the teams season ticket holders. The NFL stepped in and allowed Modell to leave, but required that his team leave the Browns’ history in the city of Cleveland. It was an unprecedented move and the team was awarded an expansion draft in 1998 and resumed playing in 1999. That was done after the city agreed to build a new stadium which was completed before the 1999 season opener.

There really is no guarantee that if Spanos takes his team and leaves the name, another team will come in and take their place. Some fans might take comfort in knowing all the records of the Chargers will stay in San Diego and never be compromised by another city, especially the city from up North (Los Angeles) that many of us view as our hated rivals. That might be comforting to a certain extent, but having no pro team to root for on Sunday will be a hard pill to swallow. Especially watching Philip Rivers, Melvin Gordon, Keenan Allen, Joey Bosa, and company wear the colors of another NFL franchise. Talk about painful. That would be yet more salt in the wounds of the San Diego Sports fan base.

This soap opera is really starting to come to a head. January 15 is the deadline for Dean Spanos to make up his mind. In my heart, I still do not believe he knows what he is going to do. He is painfully well aware that the Chargers have little to no following in Los Angeles and he also is not very excited about being a tenant to Rams’ owner Stan Kroenke. The city of Los Angeles is struggling to follow the Rams, a team that already had a history in the L.A. area. Does he really believe the Chargers will have a great following in Los Angeles? Alex Spanos has no clear path, and that is his own damn fault.

So if the team leaves, will the name “Chargers” staying in San Diego give you some kind of solace? What say you?