The first of EVT’s three defensive previews centered on the defensive line, linebackers, and safeties. They outlined talented, experienced, and potentially deep positional groups with few question marks heading into the season. The final positional group does have some of those same attributes.

The loss of super senior and 2021 All-Conference Second-Team, Tayler Hawkins, opens up at least one starting spot and a leadership void at the position. Who steps up to fill it will be critical to the overall success of the defense in 2022.

Part four (and final) of EVT’s defense season preview focuses on the cornerbacks with quotes from an exclusive interview with defensive coordinator Kurt Mattix.

Before detailing the position, a word about our method, EVT writers Andre Haghverdian and Paul Garrison graded the various aspects listed below, which were averaged to 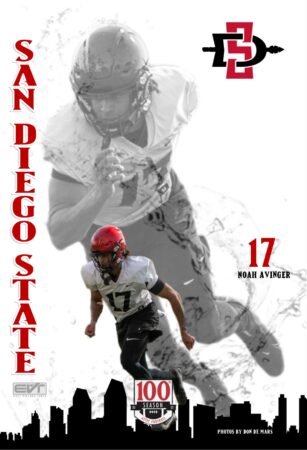 arrive at the grades provided.

The Aztecs enter 2022 without a clear-cut full-time starter at cornerback from last season. Three returning cornerbacks split snaps opposite Hawkins throughout the season.

Senior Dallas Branch is the most experienced player in the cornerback group, with two years of game action at cornerback. After missing the four non-conference games to start last year due to a broken hand, he returned and played in nine of the last ten games. He earned a 76.0 defensive grade over 387 snaps per Pro Football Focus (PFF). His coverage grade of 77.9 over 239 snaps in coverage was stellar, with the only subpar performance coming against Fresno State (39.9 coverage grade).

Junior Noah Tumblin played in all 14 games last season, starting eight of them and earning a 59.4 defensive grade over 534 snaps per PFF. He played 365 snaps in coverage with a 57.8 coverage grade. While he scored a 68.9 defensive grade or higher in five of the first eight games, his final six games of the season saw a dramatic drop in performance and in return, total snaps.

“Noah Tumblin didn’t have a great bowl game,” said coach Mattix. “He got beat on a couple 50/50 balls where he was leaning one way or didn’t get his hands up…(so we) put Branch in…and he plays lights out in that game.”

Noah Avinger became just the third true freshman to start on defense at SDSU since 2009 last year (safety CJ Baskerville became the fourth last in the season). Avinger is the highest-rated current cornerback at SDSU, committing to the Aztecs as a consensus three-star recruit with a scout grade of 88 by 247Sports.

“(Avinger) was different when he stepped on the field last fall,” recalled coach Mattix. “I was like, oh my gosh, this guy is going to play for us. And he did. He started out as a three (on the depth chart) and he worked his way up, made plays, and that’s the biggest thing.” 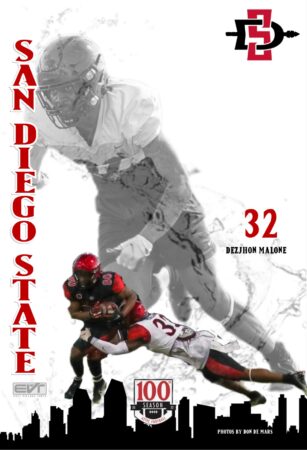 After receiving extensive playing time in the first four games of the season, Avinger’s snap counts dramatically decreased once Branch returned from injury. He earned a 67.2 defensive grade over 250 snaps and a 66.9 coverage grade on 172 snaps in coverage.

Sophomore Dez Malone began his SDSU career as a safety, but only saw game action on special teams to date. Malone was a two-time first-team all-league selection in high school, a three-star recruit with a scout grade of 82 by 247Sports. The coaching staff realized that he showed good coverage skills in practice and moved him to cornerback for the start of spring camp, where he continued to impress.

The only true freshman in the group is Chris Johnson, who was also a consensus three-star recruit like Avinger with a scout grade of 84 by 247Sports. Johnson earned first-team all-league as a senior in high school last year. 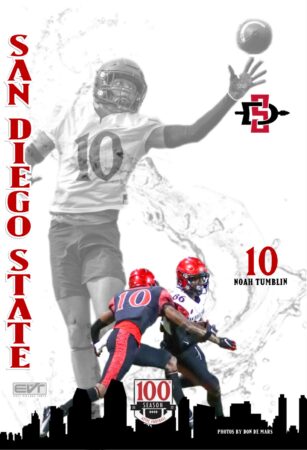 Confidence in the starters: C

Heading into spring camp, it was widely expected that the three players with the most snaps from last season (Branch, Tumblin, and Avinger) would compete for the two starting spots. While Branch and Avinger were recovering from shoulder surgeries and missed spring camp, Malone elevated himself to the first unit and impressed the coaches enough to list him as a starter on the post-spring depth chart with Branch at field cornerback, while Avinger and Tumblin shared the starting spot at boundary cornerback.

“It’s a combination of Branch and Avinger not being able to (have) physical contact in the spring because of some injuries…and then I also attribute it to Dez Malone coming out and saying I want to be that starter,” relayed coach Mattix when asked how the depth chart was formed coming out of spring camp.

At the most recent scrimmage during fall camp, Avinger and Branch started at cornerback with the first units, with Tumblin and Malone as the primary backups.

Coach Hoke reiterated after the scrimmage that the competition has been good and that all four players have done some good things, but he doesn’t foresee a rotation during games. “That’s one of those positions, I don’t know how much you rotate,” he said. “When guys are out there on an island, it’s a little different.”

Coach Mattix explained it in the same vein. “You don’t want to create a ‘I’m looking over my shoulder when I make a mistake.’ But what you want to do is have them perform at a high level…and if they aren’t raising their level of performance, then maybe then that guy behind you should be the starter because he has raised his level of performance. Now it is up to you.” 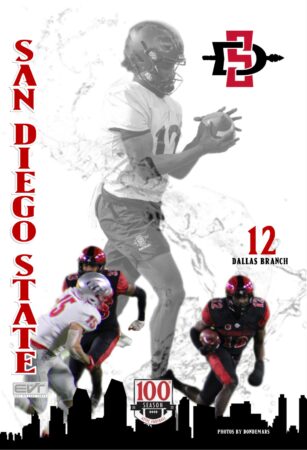 The Aztec coaches believe they have four really good cornerbacks that can all be starters in their defense. When asked whether they would consider moving safety Cedarious Barfield back to cornerback to fill a need at the position, coach Mattix told EVT that was unlikely due to the quality of the top four guys at the position.

“It’s about rotating and trying to find that perfect combination,” coach Mattix said when talking about how the depth at the position will be created.

Outside of the top three returning players, the depth at cornerback is very unproven. The remaining seven players have a total of five snaps on defense in Division I game action. Those snaps came from senior Adonis Brown last year against Towson in a blowout. The rest are freshman, redshirt freshmen, and sophomores looking to find their way on the field in some capacity. 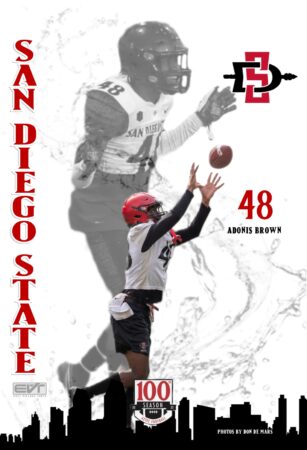 Becoming a star at the cornerback position typically results from shutting down opposing wide receivers and corralling buckets of interceptions. For the three main Aztec cornerbacks, they have yet to experience that level of stardom.

“Part of playing defensive back, you have to have short-term memory loss,” explained coach Mattix. “You gave up a touchdown. So what? Let’s move on to the next play. It is really hard to play cornerback in college, NFL, or anything. If you are too handsy and you are not looking back, you can get a pass interference. We want to train them to have the confidence that once the ball is in the air, you are no longer the defensive back. Go be the receiver and go up and attack that ball.”

In the summer, the entire cornerback room studied some of the top cornerbacks in the NFL, specifically how they played 50/50 balls and they hope to be able to turn those attempts into interceptions. If they do, their star power will grow by leaps and bounds. 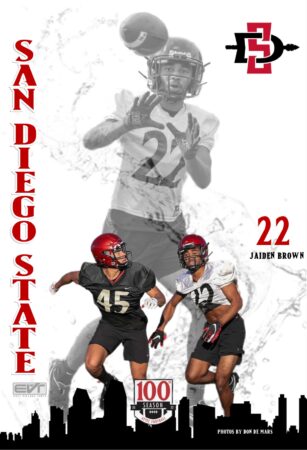 There were zero cornerbacks selected to the 2022 Preseason All-Conference Team or the 2021 All-Conference First-Team. All eight of the defensive back spots on those two teams were filled with safeties.

Three corners were named to the 2021 All-Conference Second-Team, but none are still in the conference in 2022. SDSU’s Tayler Hawkins and Hawaii’s Cortez Davis graduated, while Wyoming’s CJ Coldon transferred to Oklahoma.

This opens up the battle for the head of the conference to a new crop of talented cornerbacks. In a tweet from the Mountain West ranking the top five cornerbacks voted by the media, San Jose State’s Nehemiah Shelton took the top spot, after collecting 62 tackles last year. Utah State’s Ajani Carter (45 tackles and three interceptions last year) finished second while Fresno State’s Cam Lockridge finished third. Lockridge will play in his first year as a Bulldog, but his third year in the conference after transferring from Hawaii in the offseason. Last year, he recorded 22 tackles, two interceptions (one returned for a touchdown) and seven passes defended.

Avinger came in fourth on the preseason list built off a promising true freshman season and will look to solidify himself at the top of the group when the postseason votes are due.