“One thing we joke around with as a staff…if the defensive line makes a mistake…five-yard gain. (If) the linebackers make a mistake, maybe 10 to 12 (yards). What happens if a defensive back makes a mistake?” defensive coordinator Kurt Mattix asked during an exclusive interview with EVT.

“Exactly!” he said when “touchdown” was the response to his question. “So there is an accountability (that is) a little bit different with our secondary coaches that say, ‘hey, you got to prove it and you better earn it.” 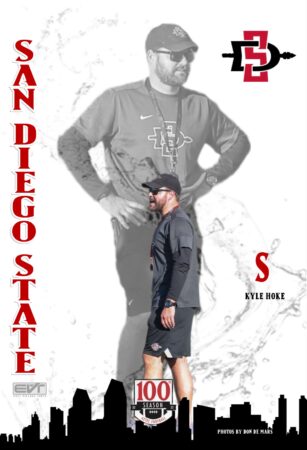 The Aztecs’ 3-3-5 defense puts extra emphasis and responsibility on the three safeties that comprise the five defensive backs on the field. Between the aztec, field warrior, and boundary warrior positions, each player has a defined role and expectation to ensure the defense doesn’t allow any given play for the opposing offense to result in a touchdown.

Judging by the continued success of the program, the statistical dominance of the defense, and the abundance of players it has placed into starting or backup safety roles in the NFL, the group has met or exceeded its expectations in recent history.

EVT’s season previews of the defensive line and linebackers outlined the high level of talent those groups possess heading into 2022. However, the group that boasts the highest level of talent on the defense is the safeties. Led by senior Patrick McMorris, the 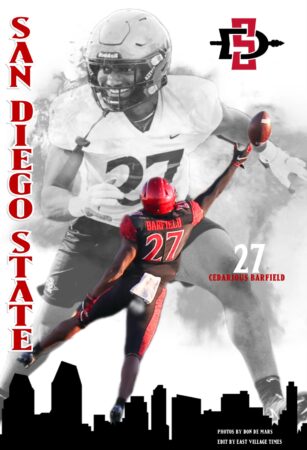 McMorris led the Aztecs in 2021 with 90 tackles and four interceptions. He added 2.5 tackles for loss and nine pass breakups. Despite the great season, Mattix sees an opportunity for McMorris to become even better.

“If he can improve a little bit as far as his preparation, knowing formationally where they have a tendency to run, that might get him that faster step to where he needs to be,” said Mattix. “I’m not saying that he doesn’t do that but just another year of playing gets him that much more experience.”

Fellow senior Cedarious Barfield registered 39 tackles, two tackles for loss, and three pass breakups last season at boundary warrior. With the graduation of Trenton Thompson, Barfield will slide over and play field warrior this year proving he is the most versatile defensive player on the team. Barfield started four games at cornerback in 2020 which will allow him to excel in his new role that typically involves covering slot receivers in man coverage. A year ago, opposing offenses attacked the Aztecs by lining up their best receiver in the slot. Expect more of the same as Barfield is tested early.

Sophomore CJ Baskerville brings the experience and knowledge he gained as a true freshman last year and looks to solidify his spot at boundary warrior. Last season, Baskerville recorded 39 tackles, one tackle for loss, three pass breakups, and an interception while becoming just the fourth true freshman to start on defense for SDSU since 2009. Anyone who has seen Baskerville up close knows the physical presence he brings. With offenses spreading out SDSU’s defense, he likens to a strong safety in the box who also possesses the ability to cover a lot of ground in the passing game.

This season, the rich get richer. The Aztecs add three highly recruited and decorated freshmen who will be jockeying amongst themselves to duplicate Baskerville’s feat and become the fifth true freshman to start on defense since 2009. Josh Hunter was one of the best players on the best high school football team in the country last season (Mater Dei). Eric Butler and Max Garrison were star defensive backs on their respective teams. 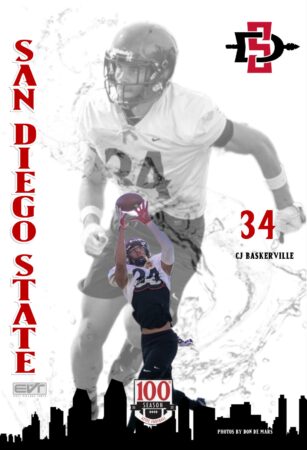 Confidence in the starter(s): A

All three starters played extensively last season and appear to be set, with McMorris (aztec), Barfield (field warrior), and Baskerville (boundary warrior). Coach Mattix told EVT that they spent most of spring camp rotating players to multiple spots in the secondary to gain experience and diversify their skill sets.

“(Baskerville) ended the season on a really high note,” said Mattix. “We moved him around a lot more than we probably will at fall camp. A lot of field warrior which he did not like (at first) because it is a little bit different, a little more man coverage…but we need to expand (his) game and help (him) become the player that (he) can become… and then he liked it.”

Mattix’s philosophy is to have starters that are interchangeable that if an injury were to happen, instead of solely bringing in the main backup at that position, the team would still be able to put the best three safeties on the field. 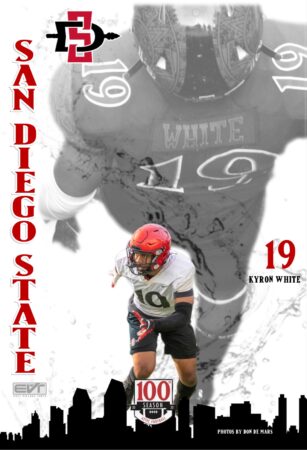 Unlike other positions on the defensive side of the ball, the Aztecs do not rotate their safeties much. McMorris rarely comes off the field. The same was true for Trenton Thompson last year and Barfield played most of the snaps until an injury in the ninth game against Nevada opened the door for Baskerville.

“We do have depth but maybe it’s more depth with special teams than it is with defensive snaps,” explained Mattix.

Behind the three starters are a group of talented players ready to step in when called upon, but who lack extensive snaps. The main safety reserve is junior Kyron White. After being the primary backup at aztec to McMorris all of last season, White was listed as the primary backup to Baskerville at boundary warrior in the post-spring depth chart. When asked about that position change, Mattix primarily attributed it to finding different ways to get White on the field and sparking competition with Baskerville.

“The easiest thing to do as a human is to take a breath and look around and to sort of feel good,” said Mattix. “And part of our jobs as coaches is to create the competition and Kyron White is a guy who has played some college snaps at aztec.” 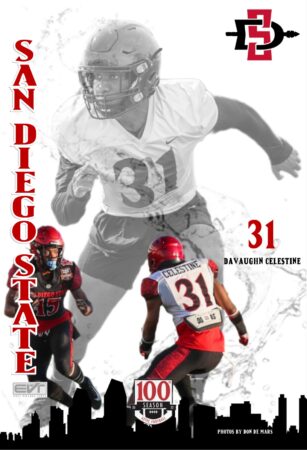 After those four safeties, Mattix sees junior walk-on, Davaughn Celestine, as the next man in the fold. “I believe in Devaughn Celestine…he’s worked his butt off and earned some playing time and doing a real good job on special times,” he said. Celestine was listed as the backup at field warrior in the post-spring depth chart and will look to springboard a good fall camp into rotational snaps in the secondary.

Converted quarterback junior Jalen Mayden, junior Isaiah McElvane, and redshirt freshman Jatavious Magee hope to be the next men up on the depth chart in case of injury.

McMorris came to SDSU as a star running back at Santa Ana High School. After just one season as a starter at aztec, he earned national recognition and notoriety. His preseason accolades have been mounting up, which include: 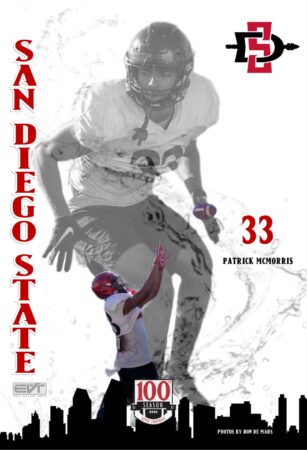 He Inserted himself in the conversation as a potential NFL draftee in 2023 and his stardom will only rise after another stellar season.

Baskerville capped off his freshman season by recording nine tackles and an interception in the Frisco Bowl, was named Defensive MVP and was selected to the USA Today All-Bowl Team.

Barfield and Baskerville will be aiming to insert themselves into the conversation with the above four safeties and gain recognition in the postseason All-Conference First and Second Teams.