It was a banner year for the East Village Time’s coverage of Aztecs sports.

With over 300 articles written, exclusive features, videos, and original photos, EVT reached its goal of providing extensive SDSU coverage in 2021.

With plans to expand our coverage in 2022, here are the Top 10 San Diego State articles by views from this past year.

“One of the top quarterbacks in San Diego regardless of class, the 2023 prospect made an unofficial visit to watch SDSU defeat Towson on September 25. Leatherwood provided the East Village Times an update on his experience, recruitment, and his development under center. His recruiting process is a terrific case study of how programs and players court each other looking for the perfect match.”

“Meet Chad Baker, the perfect Aztec. On Memorial Day, Baker spoke with the East Village Times from his home in Santo Domingo, Dominican Republic, in an exclusive interview. Throughout the conversation, it was uncanny how often Baker’s values aligned perfectly with the culture at State.”

8. Donnel Pumphrey rushes into a new career      by Paul Garrison

“Drafted in the fourth round of the 2017 NFL draft by the Eagles, Pumphrey entered into a different world. SDSU was a family atmosphere. Coach Cooper, who is a father figure to him, joined SDSU’s staff in Pumphrey’s junior season. The offensive coordinator and running backs coach at State, Jeff Horton, is one of the most personable coaches around. When he got to Philadelphia, he entered an unapologetically judgmental environment. Every second, a player is at the team facility. He is watched, judged, and objectified. The organization is molding him to fit into a predetermined mold.”

“Imagine being a high school athlete entering your senior year with a dream of playing Division I football. Coaches have shown interest in you during your first three seasons, but no scholarship offers have materialized.  All summer, you prepared for your last audition to earn a Division I scholarship, but a global pandemic postpones and potentially cancels that pivotal season.” 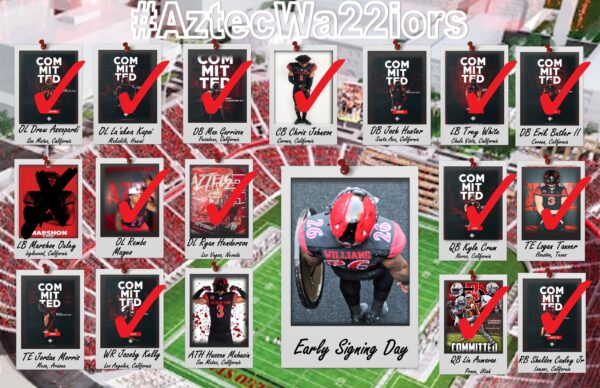 “The coaches seemed super genuine and interested in getting me ready to play as soon as possible. The location is perfect, being far enough away to be on my own but close enough to come home and see my family. The fact that they were the first ones to really believe in me and offer me meant a lot.”

“Throughout the spring and into the fall, SDSU offensive coordinator Jeff Hecklinski described the ideal quarterback in his system as “the most dangerous player on the field.” Tuesday night Lucas Johnson was exactly that. He set a Frisco bowl record with 333 yards. He was an efficient 24-36 passing while accounting for four of the Aztecs’ five touchdowns. The San Diego native was sensational, causing UTSA head coach Jeff Traylor to admit postgame that ‘I’m not sure what we could have done to stop him.”

“Despite the lack of playing time, all reports from inside the program were that Evans supported his teammates and worked incredibly hard at practice. This is exactly what Wise and his family expect from him.” 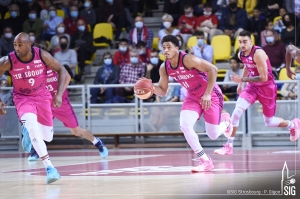 “Moving from studying history in a book to living in it has been remarkable for Mitchell, a true scholar who authentically modeled what a student-athlete should be during his time at SDSU. Still, life lessons, new perspectives, and hands-on learning can only go so far in mitigating the worst part of life overseas, loneliness.”

“While McDonald certainly can win the MW Defensive Player of the Year Award, his greatest impact on the team is his leadership. 2022 will be the second year in a row the team will return a Team Captain from the previous season. McDonald already approaches his craft like a pro. His consistent presence in Winter Conditioning, Spring Camp, and summer workouts will continue to teach the younger players in the Aztec Way program.”

“The Donahoe act, in principle, succeeded in creating a tiered system in higher education. Ironically, this artificial creation has been used as justification for SDSU’s exclusion from the Pac-12 conference for decades. Member institutions, their fans, and even the local San Diego media have turned their noses down at the State University at Campanile Drive, forgetting the academic gap between the schools was created by fiat, not merit.”

My earliest sport's memory involve tailgating at the Murph, running down the circular exit ramps, and seeing the Padres, Chargers and Aztecs play. As a second generation Aztec, I am passionate about all things SDSU. Other interests include raising my four children, being a great husband and teaching high school.
Tags: San Diego State University, SDSU 2021, SDSU Aztecs