It was a long night for the home team as the Great Lakes Loons tagged Tincaps’ pitching for 16 runs on 16 hits, scoring early and often for a 16-9 victory that was not as close as the score suggests.

The Loons jumped on TinCaps’ starter Gabe Mosser from the beginning of the game, as he faced sixteen batters in his first two innings. Miguel Vargas led off for the Loons, reaching first on a fielding error and then moving to second on Hunter Feduccia’s single. After a strikeout, clean-up hitter Dillon Paulson lofted a high fly ball into the far left field corner that was muffed by Grant Little, allowing Vargas to score. Jacob Amaya followed with a bases-clearing triple, and then came home himself on a James Outman single, giving the Loons a 4-0 lead after the first.

The TinCaps responded in the bottom of the inning. Tucupita Marcano hit a one-out single followed by a Justin Lopez walk. After Blake Hunt check-swing ground out moved the runners to second and third, Michael Curry doubled off the center field wall to bring the TinCaps within two. The 4-2 score, however, was as close as the TinCaps would get the rest of the night.

The Loons’ offensive assault continued in the top of the second when Vargas hit a one-out single and then stole second. Feduccia doubled to bring in Vargas. After a walk to Chris Roller, Dillon Paulson stroked a rainbow home run to right field, giving the Loons an 8-2 lead. Mosser gave up one more run in the third, and reliever Edwuin Bencomo took the mound in the fourth.

Bencomo retired the first two batters he faced, but a throwing error by third baseman Luis Almanzar extended the inning and allowed Josh McLain to reach first. Dan Robinson capitalized on the mistake, doubling to center field and bringing in McLain. After a walk, Vargas drove the ball deep to left center for a 3-run homer to make the score 13-3.

The Loons added single runs in the fifth, seventh, and eighth innings, the last of which was a solo home run for Vargas—his second of the game and fourth in two days. 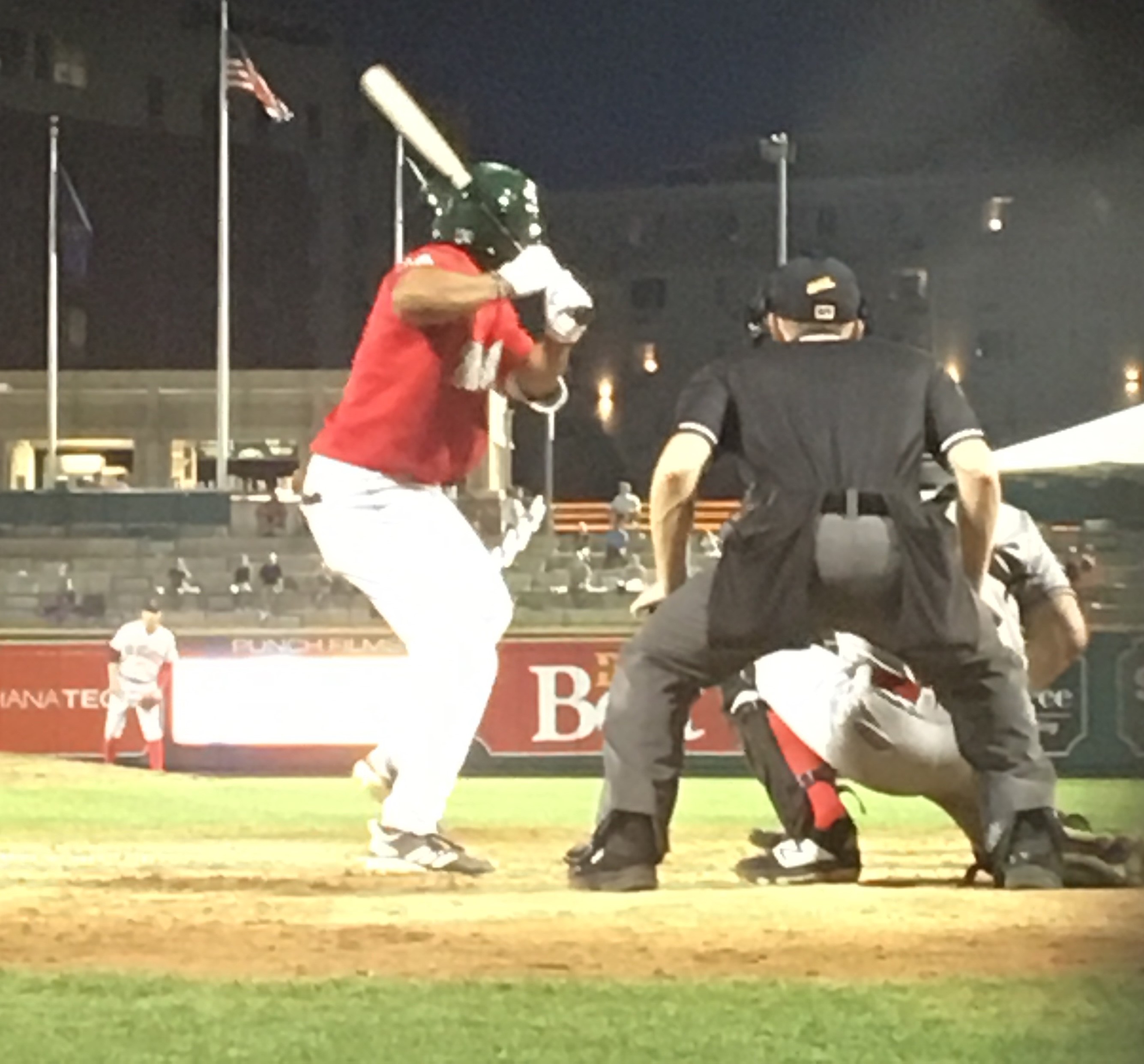 The TinCaps scored the most runs in the ninth inning, plating four. Facing reliever Guillermo Zuniga with one out, Edwards doubled on a sharp grounder down the right-field line. Marcano singled, and Edwards crossed home for a 16-6 score. After a Justin Lopez strikeout, Hunt singled to plate Marcano. With two outs and a nine-run lead, Loons manager John Shoemaker brought in left fielder Chris Roller to pitch. Roller walked all four batters he faced and threw two wild pitches, allowing two more TinCaps to cross home. Shoemaker then brought in reliever Justin Hagenman, who quickly struck out Juwaun Harris for the final out of the 3.5-hour game.

Tuesday, the TinCaps head to the Lake County Captains for two games in a split series, returning home on July 4.

Lopez had a solo home run to left field in the third inning, his team-leading seventh of the season.

TinCaps catcher Juan Fernandez pitched the eighth and ninth innings. It was his second appearance on the mound this season.

The TinCaps made five errors in the field, their highest total this season. Since the Midwest League All-Star Game, the TinCaps are 3-8, and they have now lost three straight.

Ken A. Bugajski lives and works in Fort Wayne, Indiana. An English professor by trade, he spends many summer nights with his wife and daughter at Parkview Field, home of the TinCaps.
Tags: Fort Wayne TinCaps, Padres 2019, Padres 2019 Minors, San Diego Padres, TinCaps vs Loons