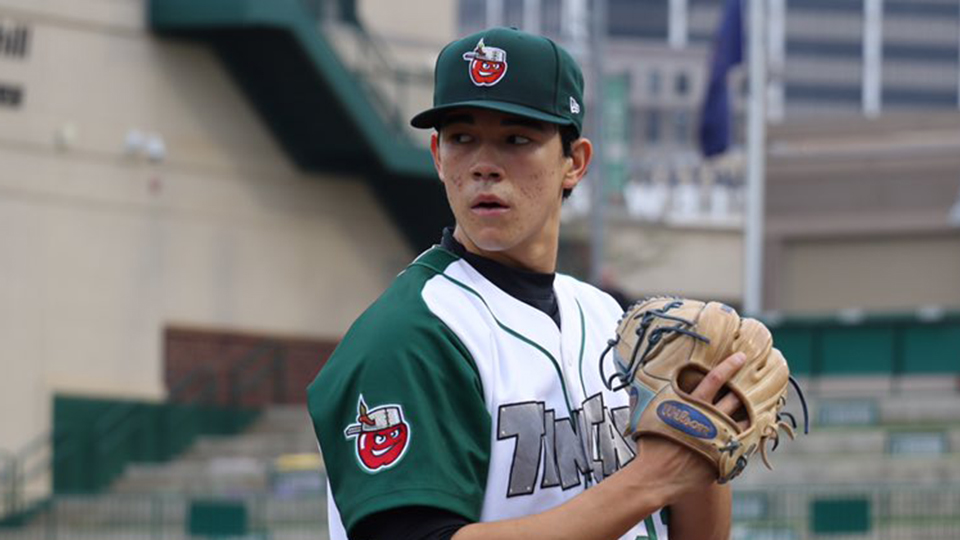 Here are the standout players in the Padres organization from the past week.

Ty France got a shot in the big leagues, filling in for the injured Fernando Tatis Jr. for just over a month. Before and after his time in the big leagues, he has been setting the Pacific Coast League ablaze. He has been making fools out of PCL pitching all season with a .391 average, 19 home runs and a 1.328 OPS. His average, OPS and wRC+ (211) all lead the Pacific Coast League.

Ty France slams a double into LCF to plate Gettys for the first run of the night. Gettys also ripped a double to lead off the first. ⁦@EVT_News⁩ pic.twitter.com/0BPYRWK6Vg

France has hardly had a single bad week in his time with El Paso this year. He likely will finish the season in Triple-A unless another injury occurs. He was named a PCL All-Star, rightfully so. On Thursday, France went 3-for-6 with a home run, a double and four RBI, falling a triple shy of the cycle. He is in the middle of a five-game hitting streak and has reached base safely in eight of his last nine games. He is now the 29th-ranked prospect by MLB Pipeline in the organization. France has displayed impressive power and bat control this season and has played himself into conversations of either being part of the major league club or a trade piece.

This is not a typo. I did not copy and paste this from last week. Cantillo has won farm pitcher of the week three of the last four weeks and is in the middle of an impressive run, starting in May. In his last nine starts, he owns an incredible 0.53 ERA and 63 strikeouts to just eight walks. He is springboarding himself into the conversation of one of the best pitchers in the Padres system that is already loaded. In fact, he has pitched so well that he has arrived on MLB Pipeline’s Top 30 Prospects list for the Padres organization.

After carrying observations from Tuesday into his start on Wednesday, #Padres' No. 30 prospect Joey Cantillo carried a no-no into the seventh for the @TinCaps.

In his start this week, he allowed just two hits, taking a no-hitter into the seventh inning, with zero walks and nine strikeouts in eight total innings. He has made the Midwest League his playground for the past two months. He has a 1.71 ERA through 13 starts overall this year. It shouldn’t be long before he heads to Lake Elsinore for more challenging competition.

Is there a more exciting baseball player right now than Fernando Tatis Jr.? No. Tatis electrified the Padres lineup and willed the team to a 4-1 week that saw them get back over .500 and remain squarely in the Wild Card race. Tatis is the quintessential five-tool player and he displayed them all this week. Between his three home runs, extra-base hits, stolen bases and superhero abilities at shortstop, there is nothing Tatis can’t do.

In the weekend series against the Cardinals, he hit .462 with two homers, a 1.500 OPS, a stolen base and five runs scored. He had three hits and three runs scored in the 12-2 dismantling of the Cardinals on Saturday. He has an active six-game hitting streak and he has reached base in 17 of the 21 games he has played since returning from the injured list. He impacts the game in so many ways and his skills were on full display this week.

It was a refreshing week for Paddack who had struggled for a stretch after his strong start. Between Memorial Day and before Saturday’s start, he had a 6.52 ERA in four starts, with a 7.08 FIP. Certainly, this was frustrating to no one more than Paddack himself, the fiercest of competitors. Getting back in the saddle on Saturday was important and he did just that.

It was the first time in five starts he had gone more than five innings and allowed less than two runs, this was after he did it twice in the span of three weeks in April and early May. Paddack desperately needed an outing to build back his confidence and swagger and he accomplished that in his dominant performance against the Cardinals. Despite his struggles in May and most of June, his ERA still leads the starting staff at 3.05.

Native of Escondido, CA. Lived in San Diego area for 20 years. Padres fan since childhood (mid-90s). I have been writing since 2014. I currently live near Seattle, WA and am married to a Seattle sports girl. I wore #19 on my high school baseball team for Tony Gwynn. I am a stats and sports history nerd. I attended BYU on the Idaho campus. I also love Star Wars.
Tags: Chris Paddack, Fernando Tatis Jr., Joey Cantillo, MLB Pipeline, Padres, San Diego Padres, Ty France