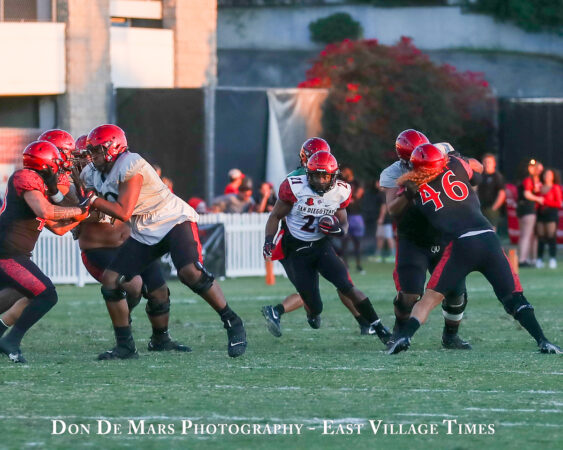 The amount of attention paid to the quarterbacks is understandable. It is widely considered the most important position in football. While SDSU is moving to join the rest of the sport in featuring QBs, the Aztecs running backs have been the most valuable offensive players on the team for the past decade.

With Greg Bell’s graduation to the NFL, there are serious questions about the running back room at SDSU in 2022. The position deserves as much focus as who lines up under center because of the role RBs play on the team.

Assistant head coach and running backs coach Jeff Horton is a big reason for the running backs’ success over the years. Horton deserves a lot of credit for the program’s turnaround as a whole. Since joining the Aztecs in 2011, Horton has had a running back on the Mountain West’s All-Conference Team every year except 2019.

That 2019 season is potentially informative for 2022. After star running back Juwan Washington went down with an injury, the rest of the room, which included Chance Bell and Jordan Byrd, was solid but unspectacular. With G. Bell leaping to the top of the depth chart the past two years, C. Bell and Byrd have not had the opportunities to prove they are more than just quality backups. 2023 is the year that is expected to change.

“Yeah, I think so,” SDSU Offensive Coordinator Jeff Hecklinski responded when asked if the offense is closer to reaching his lofty goals. “If you don’t have high expectations, then what are we really doing here? That’s always been our mentality. Coach (Hoke) has never shied away from what the goals are of winning a conference championship and competing for a national championship, and being on a national scale. Our expectations are always going to be high to meet those expectations and to live up to those expectations. I think we are closer.”

Confidence in the starter: B

Bell is the expected starter. While the exact number of carries is still to be worked out, there is no competition for the top spot. He has already beaten out Jaylon Armstead and Cam Davis. Byrd will be used in a variety of roles but is not expected to be the featured back. The rest of the room are newcomers, and Hecklinski said the staff is taking a wait-and-see approach with all of them before forming any ideas of where and how they could help the team.

Confidence in Bell is high in 2022 for three reasons. First, he has produced. In his career, he has 257 carries, 1,187 yards, a 4.62 yards per carry average, and nine touchdowns. Second, if the expected improvement in the passing game occurs, Bell will not need to shoulder as large of a load as past lead backs. Third, Bell has transformed his body with his sights set on the NFL.

“And then, building the pieces around him to give him the opportunities to go do that and then, not kill him when he’s on the field. I think that’s what we’ve done a great job of, and I think we did a great job with Greg (Bell) a year ago of keeping him fresh, keeping him healthy, so we can get through 13, 14 games as we progress through the course of a season.”

Knowing that Bell will provide a veteran presence is one thing. Turning into a star is another. 89 is the most carries he has had in a season. Last year, his 72 was only 20 more than Lucas Johnson received. Greg Bell was given 245. That discrepancy suggests a gap in talent between the two.

Among the running backs, Byrd potentially has the best chance to be a star in 2022. His explosiveness is well documented. His potential role with the team this season is what is most intriguing. Due in large part to help the QBs be more comfortable the past few seasons, Byrd’s presence in the passing game was reduced. With Burmeister’s ability and experience, the staff believes Byrd can be an ‘H’ wide receiver in the mold of BJ Busbee, the starter at the position last season.

“If you’re able to go back and look at our film, that’s how we used Jordan a year ago,” Hecklinski said. “Where we would be in two-back personnel grouping with Greg or Chance at tailback and Jordan as a hybrid that lined up all over the place. I think one thing we can do a better job and we worked on over the course of spring and we are doing over the summer is making them more route runners. I thought early (in the season) we had a lot of that in, but I didn’t think from a quarterback standpoint, we were ready for that.”

Behind Bell are several players that, on paper, should be able to contribute if an injury occurred. Like Bell, Byrd has put on weight and could take more of a pounding this season. He has 173 carries in his career. Jaylon Armstead is entering his third year in the program, has made waves in multiple camps, and has 25 carries in his career. USC transfer Kenan Christon has 78 carries under his belt.

Redshirt freshman Cam Davis has turned heads in practice this spring, showing why he was such a sought-after recruit. True freshmen Lucky Sutton and Sheldon Canley are two players with the ability to play early. Sutton is a local product and was a four-star prospect out of Cathedral Catholic.

“Obviously, he’s a tremendous athlete, and especially a speed athlete,” Hecklinski said when asked about Christon. “His track numbers speak for themselves, and what he did when he was on the field at USC was ultra-impressive in the limited amount of time and reps that he had. … We look to him to be a game changer, and we look for him to add to the competitiveness not only in the room but of the offense and on the field. The more athletes and the more multiple pieces that we can continue to bring in that we can move around and put the ball in their hands and at any point in time they have to go score, the better we’re going to be.”

SDSU Running Back Talent: B-

Byrd and Bell are on the NFL radar. While 2022 will go a long way in determining their potential professional careers, they both currently profile as undrafted free agents. The talent in the running back room is further down the depth chart, but it remains to be seen if they are ready to contribute this season.

Donnel Pumphrey (2013) was the last freshman to significantly impact the running game for the Aztecs. Even though he possessed first-round talent and was a major contributor on special teams, Rashaad Penny did not factor heavily into the attack until his junior season. SDSU’s culture under Horton has been to ask his players to wait their turn. Bell and Byrd’s time is now with Armstead next and possibly Christon if he can acclimate quickly to the team.

“I’ve never been a big believer in just ‘hey, this is our short yardage back,” Hecklinski said when asked if Armstead’s role could be as a short yardage back. “I think you’re pigeonholing, limiting them, and making their mindset be one-dimensional. Whereas I think it’s more the second part of (the question). This is where he’s going to spell Chance, and this is how Kenan fits, and this is how Jordan fits. And then, it’s Jeff and I sitting down and saying, ‘ok, how are we going to make all of this happen that, A. Jeff, you’re comfortable with (and I’m talking about Jeff Horton) where they’re at and then, where our offense is comfortable at in being able to put them in the best position to be successful.’”

San Diego State may lack the big-name player to garner recognition in the preseason, but their room is once again filled with talented players who could be on the rosters of schools around America. The Aztecs are better positioned than anyone to absorb any injury. Until the passing game proves otherwise, teams are still going to stack the box to stop SDSU’s bread and butter the past decade.

“Leadership,” Hecklinski responded when asked what he has seen from Byrd and Bell over the past six months. “I think the calmness that comes with being that super senior … I think you get to a point and you know who you are and you just have a belief, a trust, a confidence in yourself, who you are as that person and you know that able to be successful and play and that’s what I think we are seeing from both of them. They’re warriors when they work out. They’re tough-minded.  They’re in great shape. …  Jordan is always fast, fast. We have more fast guys that can compete with Jordan, and that’s a great thing. It’s not that Jordan’s gotten slower. It’s that everyone else is catching up and getting faster. That’s, again, the competitiveness that we’re talking about where Jordan’s not going to be the fastest guy on the field because (a player) is going to compete with him to be the fastest guy on the field. Well, that’s making Jordan better. (Bell and Byrd’s) roles are going to expand.”

My earliest sport's memory involve tailgating at the Murph, running down the circular exit ramps, and seeing the Padres, Chargers and Aztecs play. As a second generation Aztec, I am passionate about all things SDSU. Other interests include raising my four children, being a great husband and teaching high school.
Tags: Aztecs, Chance Bell, Jeff Hecklinski, Jordan Byrd, Kenan Christon, SDSU

Very lucid examination of the running back position giving us the strengths and potential of the group. I like Byrd getting some h-back time. When you add BB speed at QB and Haskell’s that’s a hard match up for any defense

Appreciate that, Steve … Yep, the key to unlocking all of this is the play of the QB.