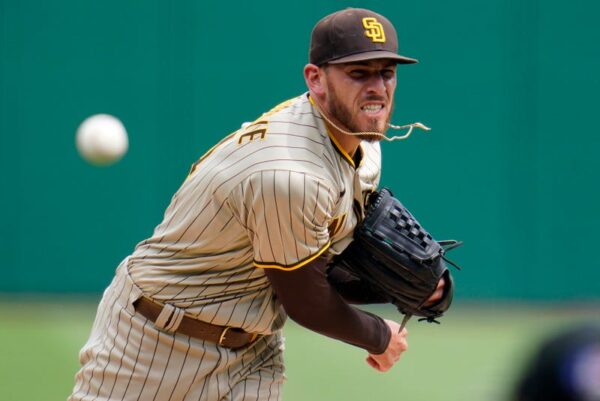 The Padres rotation has question marks beyond the 2023 season.

The San Diego Padres will eventually need to address the fact that only Joe Musgrove is signed beyond the upcoming season out of the big three starting pitchers.

Blake Snell and Yu Darvish will be free agents, and each should benefit on the open market. Darvish, in particular, will be paid among the best pitchers in the league, or at least he should be paid that well.

What will the Padres do?

The ownership group is forking out money to upgrade the offense, but the pending free agency of these two pitchers is an important thing to monitor. Darvish and Snell seem very content to remain in San Diego, but they will both want to be paid and be given security in terms of contract duration.

Joe Musgrove will remain to anchor the staff. The local product will need help. Nick Martinez was signed by the Padres this winter, but his future usage has yet to be determined. Bob Melvin used Martinez in several roles last season, including closing out games for the Padres. Martinez is signed for the next three years to a unique deal in which the team and Martinez himself have options for the 2024 and 2025 seasons.

Adrian Morejon and Ryan Weathers are young and capable to assist the rotation, but neither is a sure thing. Jay Groome, acquired in the Eric Hosmer deal from Boston, is another option for the Padres. This trio of left-handers could be huge for San Diego in 2023.

Signed beyond the 2023 season (starting pitchers)

Free agents after the 2023 season

Darvish will be 37 when his current contract ends. The Japanese right-hander is a physical specimen, but it may get risky to extend an aging pitcher for too many years. Darvish would probably take a small discount to remain in San Diego as he has become rooted in the city, and some reports indicate he is looking for a full-time residence there.

A three-year deal seems beneficial for both sides, as Darvish would be paid just short of his 40th birthday. The Padres will need a leader in the staff, and the right-hander certainly brings that to the table. Perhaps a fourth-year club option is a possibility. It all depends on how long Darvish intends to pitch. He could be satisfied with his borderline hall-of-fame career and may not want to pitch into his 40s like Justin Verlander.

This is a tricky one as Snell is a former Cy Young Award winner, and this will be his first opportunity to earn money on the open market. The southpaw battles inconsistency and there are minor durability concerns, but Snell is a top-of-the-rotation-type pitcher when it is all said and done.

Blake Snell will be 31 years old in the first year of his new contract, and there is no reason to think he will not be a productive pitcher for the next four-to-six years for sure. A five-year deal around what the Padres gave Joe Musgrove may be sufficient. His performance in 2023 could drive his price tag up. A Cy Young-type year would produce a mega-payday for Snell next winter. The Padres may want to explore extending him before the season.

This is the greatest time in the history of the San Diego Padres, and that is not an exaggeration.

The ownership group is committed to winning, and extending both Snell and Darvish will go a long way toward solidifying a dynasty-type effort from the San Diego Padres. Something will need to be done as the Padres will need pitching after the coming season.