The San Diego Padres are busy upgrading for the 2021 season. The latest move has the Padres acquiring Yu Darvish from the Chicago Cubs.

A.J. Preller’s phone might be on the verge of melting right now. Last night he made a huge move when he acquired former Cy Young winner Blake Snell from the Rays. Then he signs the best prospect out of the KBO this morning. To top off this 24-hour period, he acquires yet another star, Yu Darvish.

According to AJ Cassavell, the Padres are receiving Darvish and Victor Caratini. In exchange, they are sending Zach Davies, Reginald Preciado, Owen Caissie, Ismael Mena, and Yeison Santana to the Cubs. The Cubs will be paying part of Darvish’s contract as a part of this trade and the deal is pending medical reviews.

Details on the trade, per sources:

Padres would get: Darvish, Caratini

This 157.2 innings pitched streak is exactly what the Padres want to see out of the Darvish. He is at his peak right now and, for the first time in his career, seems to have his health in control. Obviously, Snell’s acquisitions and now Darvish happened because Mike Clevinger got Tommy John surgery, and Dinelson Lamet couldn’t pitch in the playoffs due to an injury.

Darvish also lights up the advanced analytics boards. Since 2017, his fastball spin rate has ranked in the 95th percentile every season. He consistently finishes in the top 80th percentiles or higher in whiff and strikeout percentages. Just look at his 2020 season board, in which he was among the best in so many categories. 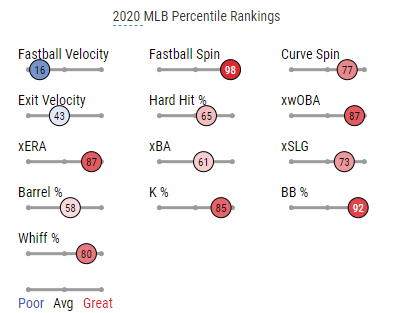 Coming over with Darvish is his personal catcher Caratini. He fills a need beyond just being the catcher for Darvish. After Austin Allen, Austin Hedges, Luis Torrens, Francisco Mejia, and Blake Hunt all got traded away since the offseason of 2019, the Padres catching depth was lacking. Caratini and Austin Nola provide the Padres with a dependable catching core that will be around until at least 2024 when Caratini becomes a free agent (Nola is a free agent in 2026).

For what the Padres are giving up a lot of their farm system depth. Going off the MLB.com rankings before the haul for Snell, in this trade, the Padres are losing their No. 11 (Preciado), 13 (Caissie), 15 (Mena), and 16 (Santana) prospects along with Davies.

Mena and Caissie are two left-handed outfield bats. They each have the potential the develop power in the future. Mena came from the 2019 international signing period, and Caissie was draft in the second round of the 2020 MLB Draft by the Padres.

Preciado and Santana are two young shortstop prospects. Preciado is 17 and was apart of the same signing class as Mena. Santana is 20 and came to the Padres in the 2017-18 international signing period. Preciado is the highest-ranked prospect to go among this group. He has elite switch-hitting ability gives him a really high upside.

With all four of these prospects, what made it easy to trade them away is how long it will take for them to develop. At best, Santana is projected to be MLB ready by 2023, with the rest projected for 2024. Darvish is a huge chip on a win-now team like the Padres are.

Davies is the last piece of the trade and the only MLB player San Diego is sending over. The Padres acquired him last season in a steal that also brought over Trent Grisham in exchange for Luis Urias and Eric Lauer. Davies then put a career-high in ERA (2.73), K/9 (8.18), and FIP (2.73). AJ Preller deserves credit for acquiring Davies then flipping him for an even bigger fish.

With this trade, the Cubs look to be rebuilding. They have Kris Bryant and Javy Baez approaching free agency. It’s doubtful that they will be able to sign both of them. This trade gives them a good crop of players coming up in a few years to work with.

As for the Padres, they answered two holes with this trade. They acquired an ace in Darvish and a backup catcher in Caratini. The Padres rotation is so strong now that Darvish might be considered their No. 2 pitcher even after the season that he just put up. Going into this season, the Padres are legitimate World Series contenders.

Evan is a student finishing up a degree in Finance from Northern Arizona University. The ability to break down numbers and find the story behind them has lead to his first of writing for East Village times. He covers baseball which is the sport he grew up playing and has followed even after his playing years.
Tags: Padres 2020, Padres Cubs Trade, Padres MLB, Yu Darvish, Yu Darvish Padres