In this World Baseball Classic, the San Diego Padres have two intriguing prospects playing for both countries which border ours.

Luis Urias and Josh Naylor are two young, talented players who can greatly benefit from their experience in the WBC.

This article will provide a full understanding of how playing in the WBC can very well help these two young men.

If you are hearing the name Luis Urias a lot more lately, don’t worry, you are not alone.

Urias, second baseman/shortstop in the San Diego Padres’ organization, has been talked about a lot more recently due to his selection to team Mexico for the World Baseball Classic. He has never played for team Mexico in U-18 tournaments or any other age group, so his selection is a bit of a surprise to most Mexican fans. To Padre fans, however, this is no surprise as Urias won the California League MVP and was the batting champion while playing for the Single-A affiliate, Lake Elsinore Storm.

Urias has risen through the Padres’ minor league system and prospect list. He started the year in Single-A and ended the year in Triple-A El Paso. In fact, while playing for the Chihuahuas, he went four for nine with a .444 batting average. Also, Urias went from 29th on Baseball America’s top Padres’ prospect list, to sixth.

Luis Urias is very humbled to be invited by team Mexico to play in the WBC. He told reporters “It’s a huge point of pride. Growing up as a kid, I always wanted to play for Mexico and represent my country.” Not only will he play for team Mexico… he is their starting shortstop. This is a tremendous opportunity for the 19-year-old, and it can benefit him in so many ways.

Being selected to represent your country is a tremendous feeling and is sure to boost Urias’ confidence.

Also, he gets a sense of leadership at such a young age. After his WBC experience, Urias will come back to camp with a lot more experience. That doesn’t just benefit him, it can also benefit others who feed off of him. 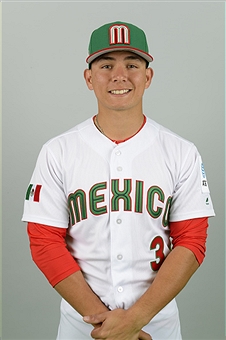 Lastly, we Padre fans get an excellent chance to see one of our rising prospects. Most fans haven’t had the opportunity to catch a Lake Elsinore Storm game, so this is great for us to see him on the national stage.

It’s not just the fans that want a good look at Luis Urias. Andy Green said “We think he’s got the capability to do it… He made a really nice ranging play to his left his last game there (referring to Tuesday’s game vs Padres).

Urias’ play in the WBC can definitely give the Padres’ organization and Padre fans an extended look at Luis Urias.

Mexico manager Edgar Gonzalez intends to play Urias at shortstop for years to come. Andy Green might be doing the same some time soon.

I represent the entire Padre fan base to say… good luck Luis.

Another Padres’ prospect who will compete in the World Baseball Classic is Josh Naylor.

Josh Naylor is a Canadian first baseman whom the Padres acquired from the Marlins. He will likely back up veterans Justin Morneau and Freddie Freeman, with the occasional start at first base or a pinch-hit here or there.

Naylor has played for Canada’s U-21 and U-18 team in previous years. His familiarity with the team and players should help him in the WBC. Someone else who thinks Naylor is ready for this opportunity is Canada’s bench-coach Greg Hamilton. Hamilton told reporters last week “When you roll out 19-year-olds in the game and project what they could become, to me he sits right at the top.” He went on to say “There aren’t a lot of guys at that age who project to be impact bats at the big league level.”

This praise is not taken lightly by Naylor as he said he was, “extremely humbled by this opportunity and honored to be able to represent my country.”

There are similar benefits for Naylor as there are for Luis Urias. For example, he gets to learn from two great offensive first baseman in Freddie Freeman and Justin Morneau.

We will not get to see Naylor as often as we will Urias due to team Canada’s depth at first base. However Naylor should still get an opportunity.

Josh Naylor is a pro, and he will definitely find ways to improve his game from his experience playing in the WBC.

Both Luis Urias and Josh Naylor couldn’t be more excited to play for their respective countries, and it shows. We, as Padre fans, hope that these two can learn a few things while they are there, and bring them back to the Padres.

We wish them well and good luck in the World Baseball Classic.

Campbell is a senior in High School. He has been a San Diego sports fan all his life and forever will be. Fan of the Padres, Chargers (undecided), Aztecs, Lightning, Bayern Munich, USMNT, and the future San Diego MLS club. He hopes to spread his knowledge and love for San Diego sports to as many people he can.
Tags: Josh Naylor, Luis Urias, Padres, Padres Prospects, San Diego Padres, WBC Padres Players