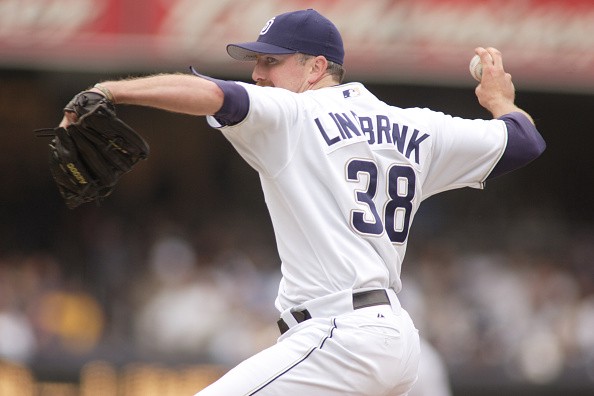 Drafted by the Giants in the 2nd round in 1997, Linebrink first made it to the bigs with San Francisco in 2000. He was dealt to the Astros soon after that. He spent a little over three seasons with Houston.

In 2003, the Padres claimed Linebrink off of waivers. He made an immediate impact as a middle reliever. He eventually became the set up man for a guy named Trevor Hoffman. In 2003 with the Padres, he appeared in 43 games and posted a 2.82 ERA and a solid 141 ERA+.

Linebrink appeared in one game in the 2005 N.L Division Series against the Cardinals. He pitched a scoreless inning with a strikeout. The next season, the Padres won a second consecutive N.L. West championship and Linebrink netbet.org was in the thick of it again. His numbers were not as eye-popping, but he helped the Padres shorten games in the back of the bullpen. That playoff series with the Cardinals, Linebrink appeared in two games and allowed one run.

He started the 2007 season in San Diego. He appeared in 44 games with a 3.80 ERA. Then at the deadline, Linebrink was traded to the Brewers for Will Inmann, Steve Garrison and Joe Thatcher. He also went on to pitch for the White Sox and Braves. He pitched in one more postseason in 2008 with Chicago.

Linebrink finished his Padres career with a 7.3 WAR, which is good enough for 20th all-time in Padres history. The team leaders in WAR were mostly starters and closers so the fact that a middle reliever in Linebrink is up on the list is impressive.

Linebrink last pitched in 2011 with Atlanta at the age of 34. The best years of his career were in San Diego. He was a big part of the bullpen arms that helped get to future Hall of Famer Trevor Hoffman in the ninth inning.

Native of Escondido, CA. Lived in San Diego area for 20 years. Padres fan since childhood (mid-90s). I have been writing since 2014. I currently live near Seattle, WA and am married to a Seattle sports girl. I wore #19 on my high school baseball team for Tony Gwynn. I am a stats and sports history nerd. I attended BYU on the Idaho campus. I also love Star Wars.
Tags: MLB, Padres, Padres Linebrink, San Diego Padres, Scott Linebrink, Trevor Hoffman