College athletics is big business. The name of the game in increasing the value of a product is raising visibility and offering more products in exclusive parts of the year. To that end, the NCAA is considering a change to the college basketball schedule. As early as the summer of 2024, teams may be allowed to compete in three or four summer exhibitions.

The contests likely held in August, when there is a dearth of major sports, could give schools another opportunity to make money while allowing teams more of a chance to gel before the start of the official season. Unsurprisingly, Kentucky Coach John Calipari has been one of the champions of the idea. Calipari frequently lands some of the top freshmen in the country each season. If the Wildcats had the opportunity to compete in exhibition games in August, they would be better in November when the season rolled around. SDSU head coach Brian Dutcher is also in favor of the change.

“We played a Swish Summer League here in town,” Dutcher said when asked about the proposed summer league at Tuesday’s press conference. “They have leagues you can play in. They have one in LA. I think it’s good for the guys. So much of basketball now is they get individual trainers, and they just work on their individual games. But, at some level, you have to play five-on-five to be good at basketball, so I like opportunities where they can play competitive five-on-five games over the summer. If that’s something the NCAA thinks is important, then I’d be in favor.”

For the Aztecs, a few exhibition games would help acclimate the steady stream of transfers and high-level freshmen while allowing opportunities for players lower on the depth chart. By 2024, SDSU might be in a new conference, but under current arrangements, the Aztecs need to be at their best early in the season to take advantage of a daunting non-conference schedule as it builds its resume for the NCAA Tournament. Like Kentucky, more games in August would likely mean more wins for the Aztecs in November and December.

Many are predicting the change will occur, and college basketball will be played in the summer. If it does, here are seven exhibition ideas for the Aztecs that would be great to see.

The annual question: should SDSU schedule USD and UCSD is answered by an exhibition tournament. The event could be part of a larger gathering of basketball in the city. High school teams, coach’s clinics, and a skill competition could make for a summer reprieve from the dog days of summer. Held on a rotating basis at each school, the tournament could run over a weekend with an out-of-town team invited to complete the field.

Whittier College is among the biggest rivalries in program history. The Aztecs and Poets have met on the hardwood 80 times, which is more than SDSU has played BYU. January 31, 1969, was the last time the schools played. SDSU has never had the chance to avenge the 103-96 defeat that snapped the all-time longest win streak in Aztecs’ history. From 1961 to 1969, SDSU reeled off 15 straight wins. Renewing the rivalry against the DIII school would be poetic. 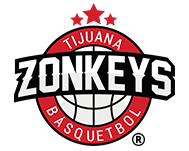 The exhibition games could be an opportunity to create goodwill at the border. Henry Bibby is the head coach of the Zonkies. He would have his players primed for a good showing against the visiting Aztecs. Playing south of the border would give the program a chance to grow its brand in a city of over two million people and potentially open NIL opportunities for its players. Hosting a basketball clinic and raising money for basketball facilities in TJ would add a philanthropic element to the game.

Dave Velasquez’s Black Squad matched up against Chris Acker’s Red Team in a scrimmage that is open to the public. The game would be the first chance to see the newest additions to the team. A dunk and three-point shooting contest during half-time of a Women’s Basketball exhibition would add more to the festivities. The school could make it part of the yearly Templo Del Sol activities that annually welcomes new students to the Mesa.

How would the current Aztecs match up against Aztec greats? The exhibition game could offer a chance to see it. Many alumni already come back to work out in San Diego. Allowing them an opportunity to play in front of Aztec Nation with their highlights blaring on the new video boards could entice a few more to come home. It would be a sight few fans would want to miss.

A proposed 16,000-seat arena is part of the redevelopment of the Midway District. The arena could host one of the premier college summer basketball tournaments. Like a bowl game in August, the event could attract top programs in the nation and their fans to America’s Finest City. San Diego Sweet Sixteen would make a great name.

Outdoor Games under the lights

Basketball outside under the lights would make for a unique viewing experience. Past games held on the USS Midway and at Petco Park produced entertaining events even if the elements reduced the product on the court. As an exhibition game, it negates the main reason to avoid outdoor games. San Diego is the perfect place to hold an event like this, and the August would be a great time for one.

My earliest sport's memory involve tailgating at the Murph, running down the circular exit ramps, and seeing the Padres, Chargers and Aztecs play. As a second generation Aztec, I am passionate about all things SDSU. Other interests include raising my four children, being a great husband and teaching high school.
Tags: Aztecs, SDSU, summer exhibitions