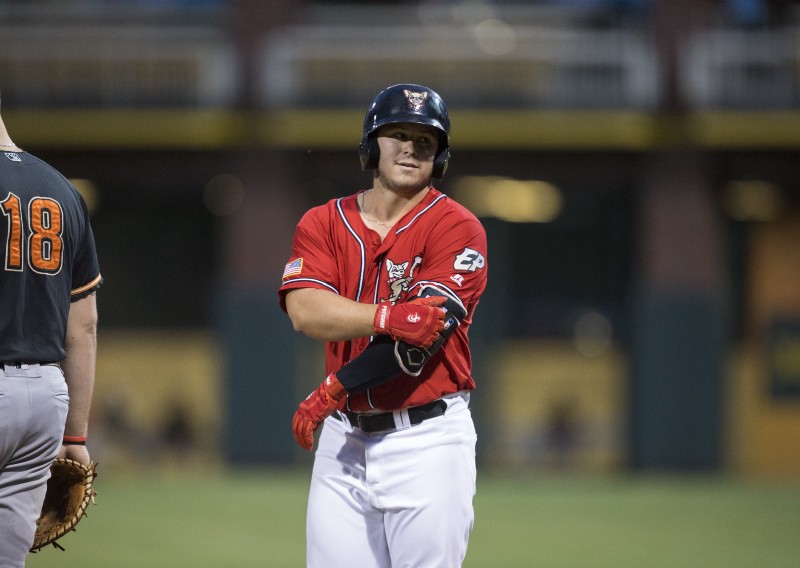 Ty France, a week after being named PCL Player of the Week, has been called up to make his major league debut for the San Diego Padres. He put up incredible numbers in his brief stint in El Paso this season, as he was second in all the PCL in home runs (9) and led the PCL with 28 RBI, 33 hits, 1.385 OPS and 230 wRC+.

The #Padres have placed INF/OF Jose Pirela on the 10-day IL with a left oblique strain and recalled INF Ty France from Triple-A El Paso. France will wear No. 11.

France has hit everywhere he has played. In 2016, he had a 133 wRC+ in 128 games between Single-A Fort Wayne and High-A Lake Elsinore. He progressed to Double-A in 2017, where he hit .275 with five home runs and a 104 wRC+. Last season, he firmly placed his name among the better hitters in the Padres system as he hit a combined 22 home runs between Double and Triple-A with a 128 wRC+.

Offensive production like his cannot be ignored for long, regardless if he is blocked at third base by Manny Machado. The saying goes in baseball, if you hit well enough, they will find a place for you. France is living out that slogan.

A red-hot Ty France has arrived in San Diego. Where will he play? Remains to be seen.

France has played six games at second base this season, perhaps preparing him for a stint in the big leagues as Ian Kinsler is yet to find his stroke and Luis Urias has been demoted to regain some confidence.

Confidence is not something France is lacking right now and he has earned his chance to show what he can do on baseball’s biggest stage. General Manager A.J. Preller continues to back up his statement of wanting to play with the best 25 men in the organization every game.

Native of Escondido, CA. Lived in San Diego area for 20 years. Padres fan since childhood (mid-90s). I have been writing since 2014. I currently live near Seattle, WA and am married to a Seattle sports girl. I wore #19 on my high school baseball team for Tony Gwynn. I am a stats and sports history nerd. I attended BYU on the Idaho campus. I also love Star Wars.
Tags: Ian Kinsler, Luis Urias, MiLB, Minor League, MLB, Padres, San Diego Padres, Ty France

Why Nick Senzel makes little sense for the Padres

Five players whose Spring Training stats will matter for the Padres