The Tijuana Xolos will host Atlas at the Estadio Caliente this Saturday, Oct.5, for a matchup in Week 13 of the Liga MX 2019 Apertura. The Aztec Canines are heading into this game in 10th place on the league table with 17 points but could finish as high as fourth place by the end of the weekend.

The border city side is in tremendous form with two consecutive 3-2 victories against Monarcas Morelia and Atletico San Luis. The win against San Luis was specifically impressive as it was away from home, where the Xolos tend to struggle.

Ariel Nahuelpan has been the standout player for the Xolos recently as the Argentine striker has scored three goals in Tijuana’s last two games. Miller Bolanos has also been performing as he provided three assists in the win against Atletico San Luis.

Atlas has had a very similar season to Club Tijuana, currently sitting in ninth place with 17 points. The team from Guadalajara is on a two-game undefeated streak, coming off a solid 2-0 win against Queretaro at the Estadio Jalisco.

Atlas’ midfield is arguably the strongest component of the team with Lorenzo Reyes serving as a defensive option and Osvaldo Martinez serving as a creator. Los Zorros‘ defense with Martin Nervo and Jesus Angulo has also been solid along with Colombian goalkeeper Camilo Vargas. 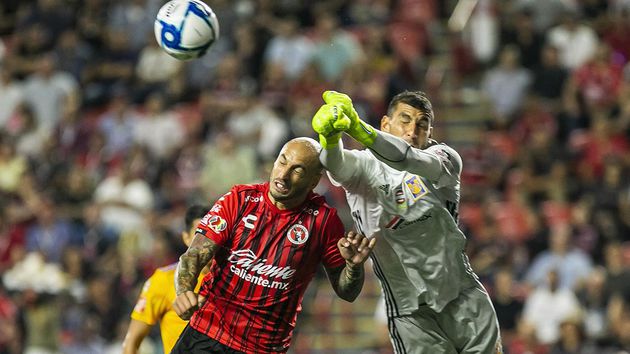 Nahuelpan has been a force recently with three goals in the Xoloitzcuintles’ last two games. The Argentine target man scored a brace against Atletico San Luis and will be essential in this game, especially with his massive physical presence. Atlas has some physical players like Lorenzo Reyes, and Anderson Santamaria and Nahuelpan will come in handy on set pieces.

The Colombian goalkeeper has been very impressive in his first season in the Liga MX. Vargas is no rookie as he has represented the Colombia national team, and he has exceeded expectations in his first season with Atlas. Los Rojinegros have not had safe hands in net for years, but Vargas has brought that this season and has made a heavy impact on the team from Jalisco.

EVT predicts a 2-1 win for Xolos as there is not much to separate these teams, but the Xoloiztcuintles will count with the massive home-field advantage.