The Tijuana Xolos will play their second game in the Copa MX 2019 Clausura tournament against Pachuca at the Estadio Hidalgo. The Aztec Canines had a rough start to the Copa MX campaign drawing 1-1 against Ascenso MX team Atlante at the Estadio Caliente.

Club Tijuana faced an inferior Atlante side that was not using any of its key players and still was unable to get the win. The border city team has added a few key players since that match as Gustavo Bou and more recently Ariel Nahuelpan are now part of Oscar Pareja’s squad.

Bou made his debut against Leon in Week 3 of the Liga MX 2019 Clausura and scored while Nahuelpan was just signed, but is already officially registered with the team. It will be interesting to see if either player gets minutes in this game and what starting XI Oscar Pareja opts to use.

Eryc Castillo, Daniel Lopez, Joe Corona and Juan Carlos Valenzuela were some of the players that featured for the Xoloitzcuintles against Atlante and could likely receive minutes in this match. The Xolos are coming off their first win in the Liga MX tournament and will be looking to keep that rhythm heading into this clash.

Pachuca has had a very rough start to the new season and was the first team to fire its head coach. Pako Ayestaran was relieved of his duties after losing 3-0 to Club America last Saturday and Martin Palermo has now taken over as the new manager.

Los Tuzos are currently leading Group 1 of the Copa MX with three points and the Xolos cannot afford to lose this game. Pachuca has a very talented squad with players like Ismael Sosa, Victor Guzman and Edwin Cardona, who all played in Week 1 of the Copa MX against Atlante.

Pachuca’s game plan will surely change now with Palermo at the helm and it will be interesting to see what starting lineup the Argentine manager uses. 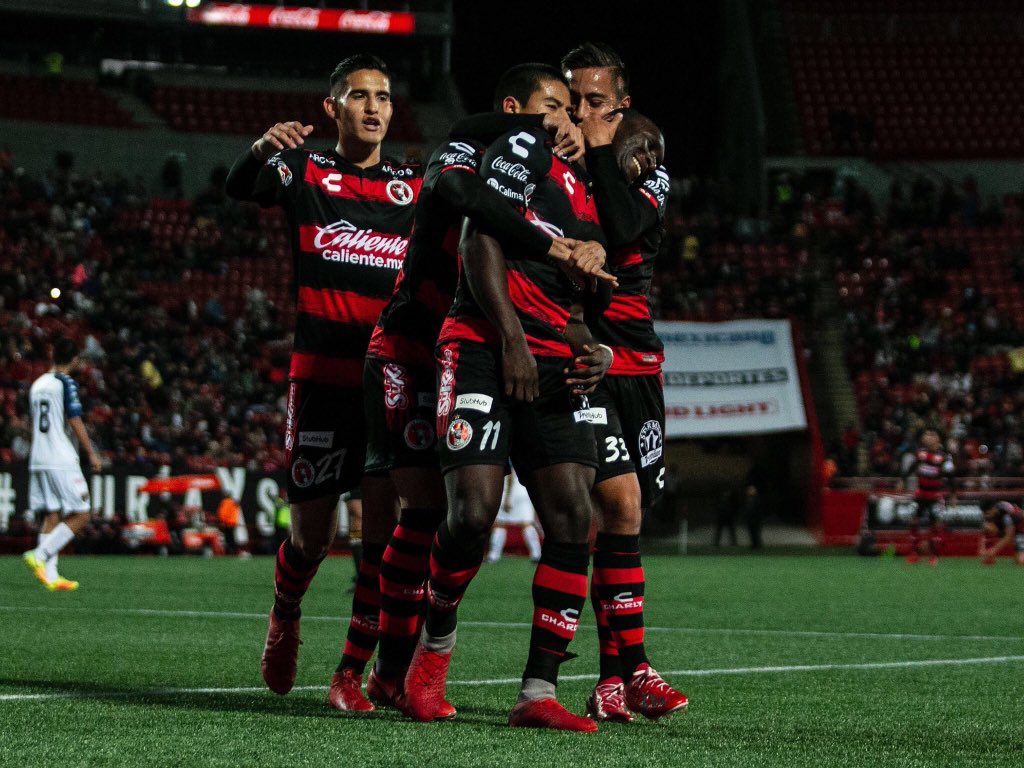 “La Culebra” scored the lone goal for the Xoloitzcuintles in their 1-1 draw against Atlante in Week 2 of the Copa MX. Castillo is a skillful and speedy forward that can be very dangerous to any team when he is in form.

“El Chucko” has not been starting for Pachuca in Liga MX games, but should get minutes in the Copa MX against Club Tijuana. The 32-year-old is an experienced forward that has a solid shot on him along with great technical abilities.

Pachuca has a very solid roster and will have the home-field advantage, which should complicate things for the Xoloitzcuintles. EVT predicts a 1-1 draw between Club Tijuana and Pachuca as there is not much to separate both teams and it should be a gritty and hard-fought match.

Francisco, 21, Chula Vista area, Journalism student at Southwestern College. I have been a Padres fan all my life, did most of the series previews and recaps in the Padres' 2016 season for EVT. Now I focus more on the Tijuana Xolos soccer team, get press passes for every home game and write consistently about the team for EVT.
Tags: 2019 Clausura, Club Tijuana, Copa MX, Copa MX 2019 Clausura, Liga MX, Tijuana, Tijuana Xolos, Tijuana Xolos vs Pachuca, Xoloitzcuintles, Xolos