The Tijuana Xolos will play their fourth game in the Liga MX 2019 Apertura this Friday, Aug. 9, as the Aztec Canines host Pumas UNAM at the Estadio Caliente. The Xoloitzcuintles are currently in ninth place with four points, coming off their first loss of the season in Week 3 of the competition.

Club Tijuana was defeated 3-1 against Club America away from home and now has a good opportunity to get back on track. Oscar Pareja tried using a lone striker against America, and it did not really work as the Colombian manager has now confirmed that he will make changes to his lineup in this match.

Pareja is expected to revert back to a two-striker setup with Camilo Sanvezzo and Ariel Nahuelpan, which has been effective so far. The Xolos have also had defensive problems recently, and it would not be surprising to see some changes to the backline as well.

Pumas UNAM has six points this season and is also coming off its first loss of the season as Los Felinos lost 1-0 to Tigres UANL at home. It took 269 minutes for Pumas UNAM to get scored on this season as the backline has been doing well with new manager Michel Gonzalez.

With Michel, the Mexico City team has also been more dynamic going forward with an enticing style of play. Pumas UNAM’s attack is led by Paraguayan striker Carlos Gonzalez, but former Xolo’ Ignacio Malcorra also plays a vital role in the offense. 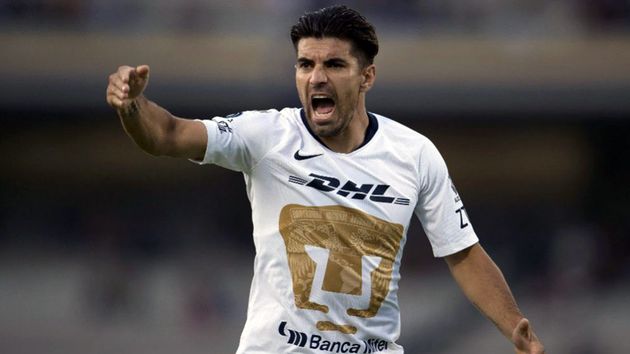 Malcorra was a great player for Club Tijuana and is now a key player for Pumas UNAM with his immense leadership and vision. The Argentine playmaker has looked great this season and is the only player on Pumas’ squad that knows the Estadio Caliente well.

Pumas UNAM will be without fullback Jeison Angulo for this game due to a suspension, and Miller Bolanos will be a lot more dangerous down the right flank without Angulo to mark him. Bolanos had a rough game against Club America last week but is still the leader when it comes to this Xolos’ attack.

EVT predicts a 1-0 win for the Xoloitzcuintles as Club Tijuana will have the massive home-field advantage at the Estadio Caliente against Pumas UNAM.