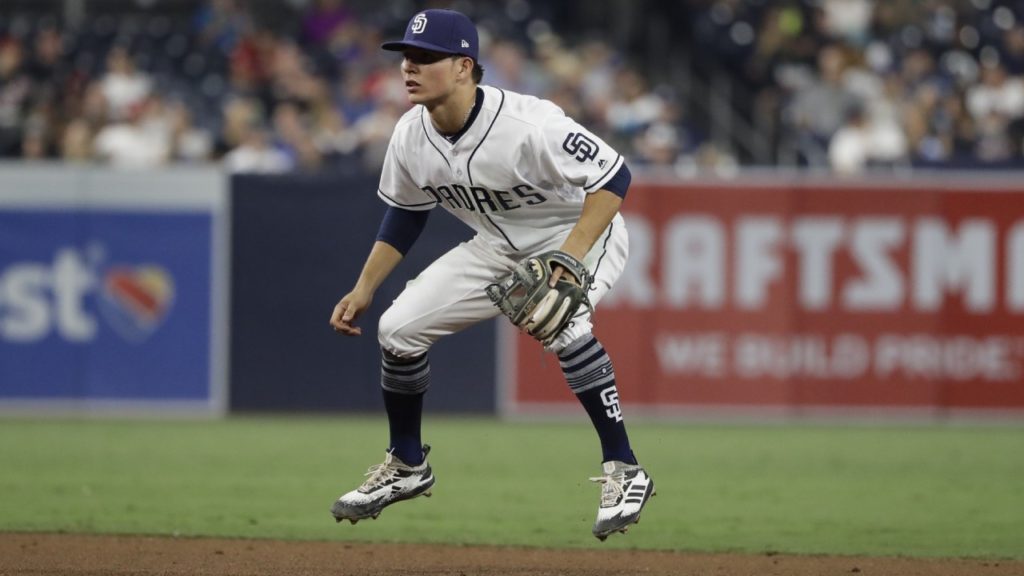 Are there some dangerous expectations surrounding Luis Urias, whom the San Diego Padres just promoted from the minor leagues?

The Padres and their fans have reached somewhat uncharted waters recently with how stacked this farm system is.

Now, finally, the world gotten to see one of the most heralded of the bunch, Luis Urias, take the field in a Padres’ uniform Tuesday night. It’s an exciting time for Padres fans who long for anything to root for at the major league level. In a lost season where the Friars are flirting with 100 losses, this is a welcome injection of energy.

All that being said, it can be really easy, and I am guilty just as much as anyone, to want instant gratification. Of course we were all rooting for Urias to go 4-for-4 with three doubles in his debut. It didn’t happen, but that doesn’t mean it was disappointing. First off, the first at-bat he was on defense, he made one of the better defensive plays the Padres have seen all year.

The plate discipline is there and it was on display Tuesday night. Even though he didn’t get a hit, that doesn’t mean it was not a successful debut. Andy Green even said he wishes he could keep the ball of his first walk, typically the custom of a player’s first hit, because “that’s what separates him from other people.”

The point is we need to avoid putting unrealistic expectations on Urias right off the bat. Yes, he is the best second base prospect in baseball, yes is the second-highest ranked bat in the Padres’ loaded farm system, but that doesn’t mean he is going to win National League Player of the Month in September. The players themselves also need to avoid putting extra pressure on themselves because that’s when they start pressing, swinging at pitches they don’t normally swing at, and aren’t patient at the plate.

Many great players take a little bit to find their footing in the highest level of baseball. It isn’t fair to the young prospect to throw all this weight on them right at the start. Let the kid breathe a little. I am sure we are all familiar with a guy named Mike Trout. In his first 16 games in the big leagues in 2011, he hit .157 with a 44 wrC+. Now he is, without a doubt, the best baseball player on the planet. Francisco Lindor is arguably the best shortstop in the game right now. His first 21 games were not much better, hitting .205 with a 30 wRC+.

Sure, there are those guys who burst onto the scene and don’t look back. Jose Altuve hit .327 in his first month of major league action. Ronald Acuña just this year hit .310 with a 147 wRC+ in his first 10 games. Luis Urias is not Jose Altuve or Francisco Lindor. He is Luis Urias. His story has yet to be written. It’s not fair to compare him to one of the most unique hitters of this generation and an MVP winner.

In fact, Urias has shown that, despite struggling, he can battle back and put up the numbers that are reflected “on the back of his baseball card.” For 37 games in May and June, Urias hit .223 with a strikeout rate near 20%, both very unlike him. Facing pitchers in the highest level of the minor leagues, he made adjustments and has hit .337 with a 152 wRC+ since July 1st.

He has already shown he can bounce back from any rough start. He has the mental toughness and track record to do it.

I am not saying Urias is going to start slow. It wouldn’t surprise me if he hits .300 after his first week. However, let’s avoid the knee-jerk reactions after two or three games and let the kid play. It’s not healthy to be so up and down, to live and die with just a few baseball games out of 162. We are all hoping Urias will be successful, and I think he will be.

Everyone has their own story to write. Padres fans are going to be spoiled with a handful of prospects coming up over the next year. Sure, they have high expectations of guys like Fernando Tatis Jr., Chris Paddack, and MacKenzie Gore, but let’s let things play out. Instant gratification is prevalent in this day and age. Everyone wants results right now. We have fast food, smart phones, instant messaging, all these things give us what we want right then and there.

Good stuff, you are absolutely right. Let’s hope he develops and let’s hope the other guys do too. I’m happy to be patient with him providing our club is actually employing the best people to bring along these prospects. That’s been the major hindrance to this club since the beginning of time… and in all realistic terms, it has looked worse lately. Let’s hope we get lucky at this point and Hedges, Renfroe and company turn a corner. Let’s hope we get results in the next few years from Urias, Tatis, etc. The produce of the farm system in this… Read more »