The Aztecs currently sit with a 6-2 record, 1-1 in the Mountain West after a brutal loss to Colorado State.

They’re in a good position overall, but some problems have been exposed over their two losses. One of the main issues has been guard play. It hasn’t been terrible, but it has been a weaker point on a team with excellent wings and bigs.

The point guard position specifically has had some issues. After the loss to Colorado State, there were calls to bench Trey Pulliam in favor of either Terrell Gomez or Lamont Butler. Missing the front end of a 1-and-1 to ice the game will do that.

Are these calls for a switch justified, though?

Here are the numbers:

PIPM: PIPM, created by Jacob Goldstein, stands for Player Impact Plus-Minus. It takes all of a player’s contributions on the court and adjusts them for luck, how good teammates are, and how good opponents are, and calculates how many points a player is worth per 100 possessions. It is one of the better impact stats available.

BPR: BPR, Created by Evan Miya, stands for Bayesian Performance Rating. It is similar to PIPM, with a slightly different methodology, and also attempts to adjust for player efficiency in addition to player impact, making it more well rounded.

POE: POE, Points Over Expectation, compares how many points a player has accounted for on offense and defense and compares it to the number of points an average player would’ve accounted for if given the same number and type of opportunities. The number represents points per game, with positive numbers being better and zero being average.

Box Creation: Box Creation, created by Ben Taylor, measures how many open shots a player creates for teammates per 100 possessions. It is better than assists for two reasons. First, assists only count if the shot is made. Box creation will count that an open shot was created regardless. Second, it eliminates assists where the shooter did all the work to get open and leaves more traditional assists where the ball handler does the work to get a teammate open.

The Argument for Gomez:

Gomez leads all point guards on the team in every major statistic considered in this article. He leads most of them by pretty significant margins. As measured by PIPM, his impact is almost double that of Pulliam’s, and his efficiency is around seven times better than Pulliam’s. He is able to score from just about anywhere on the court and is much more of a threat to shoot coming off of ball screens, similar to Flynn last season. 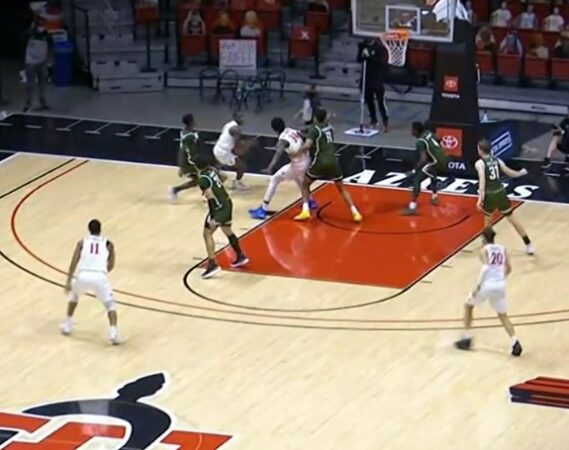 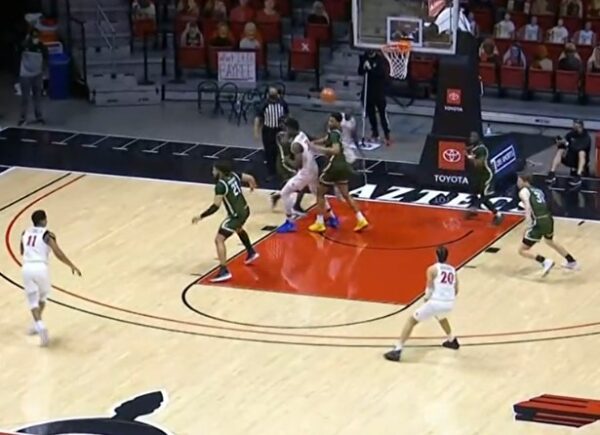 He’s also a much better shot creator. Above, Gomez drives and draws three defenders and hits an open Schakel in the slot. Pulliam doesn’t do this as frequently as Gomez does. This is reflected in the box creation numbers, where Gomez creates more than double the open looks Pulliam does per 100 possessions. If a point guard’s job is to score efficiently and create easy shots for teammates, Gomez is clearly the better choice.

Butler has had some amazing flashes, but the numbers don’t suggest he belongs in the starter conversation. Yet…

The argument for Pulliam:

Most fans already accept that Gomez is a better player. Generally speaking, you want to start your five best players. Context is important, however, and player fit matters. Gomez is a better offensive player, but putting him in a lineup with Schakel and Mitchell taking most of the shots could minimize his impact. Gomez coming off the Bench lets him run the show with much less competition for touches. The only bench player capable of creating their own shot besides Gomez is Tomaic, and having Pulliam pass to Tomaic for a post up every time down the floor would be a bad offense. Having Gomez come off the bench adds some offensive punch to an offensively depleted unit.

Pulliam has also been arguably better defensively. Here are the three major stats showed earlier, isolated for the defensive side of the ball:

(Note on DPOE, negative values are better in the defensive component of POE, as it represents how many fewer points your opponent scored vs. what an average player would’ve done.)

In regards to DPOE specifically, Pulliam has prevented more points than anyone on the roster, including Nathan Mensah. Gomez has a slight edge in Defensive BPR, but Pulliam has the edge in the other two. Below Pulliam has a great contest on a corner 3-point shooter and forced the miss due to his great closeout. 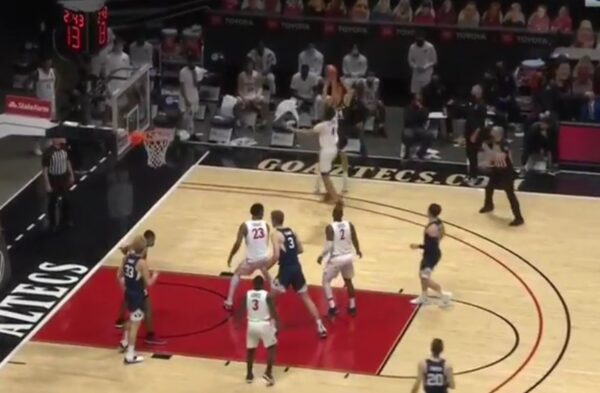 With all this, an argument can be made to have Pulliam start. His job would be to bring the ball up the court and save wear on the star players’ legs if the other team presses, then get the ball to a more offensively inclined player. If he does that and continues to provide solid defense, he’ll be playing his role well. The argument can also be made that Gomez’s offensive impact will be lessened if he were to play with the starters, as he could get fewer shots and fewer opportunities to create for others.

For evidence of this, we look at EvanMiya.com.

The “Above/Below Average” column is what is important here. It measures how much better a teammate is when playing with a particular player.

The above charts show that Keshad Johnson, Lamont Butler, and Joshua Tomaic all greatly benefit from playing with Gomez. Whereas two of the most important players, Mitchell and Mensah, have been hurt the most playing with Gomez. So sticking Gomez in the starting lineup could be very detrimental.

Pulliam, on the other hand, hasn’t benefitted anyone greatly, but the two players he hurts the most are Seiko, a bench player, and Gomez.

The takeaway from these charts is that moving Gomez would greatly reduce the team’s overall abilities by taking him away from the players he helps most and forcing him on players he hurts the most.

For right now, those that are calling for Gomez to start can feel justified in their convictions and will have some great numbers to cite to support their idea. However, it’s not as cut and dry as one would hope, and having Pulliam start could serve the purpose of helping slot everyone into their ideal roles, having a greater impact on the team in a more indirect way.