Former Aztec Rashaad Penny was known predominantly for his gaudy rushing statistics and superlative individual plays such as running over defenders or dragging them forward while they hang on for dear life. But the second aspect of his collegiate dominance came on special teams.

The three-time Mountain West Special Teams Player of the Year is tied for the most career kick return (7) and total kick and punt return (8) touchdowns in FBS history, and his four 100-yard return touchdowns are one shy of tying the FBS record. Penny finished his career as the leading SDSU kick return yardage leader with 2,449.

For a team that won 12 games last season built not just by its usual staunch defense but the dominance of its special teams, one aspect of least concern heading into the season is the return game. The East Village Times sat down with SDSU special teams coordinator Doug Deakin for an exclusive interview to preview this crucial aspect of the Aztecs’ success.

Confidence in the starter: A

The top kick and punt returner, Jordan Byrd, returns for his fifth year on the Mesa. The reigning First-Team All-Mountain West kick returner is third in program history with 1,449 career kickoff yards. Last season, Byrd recorded the 11th most yards in a single season with 601 and would need to nearly match that to become only the third Aztec ever with 2,000 kickoff return yards in their career. He is exactly 1,000 yards away from tying Penny’s all-time SDSU mark. The school record for yards in a season is 880, set by Monty Gilbreath in 1987.

The job for second kick returner to line up next to Byrd is up for grabs with the departure of Kaegun Williams, but the coaching staff is confident with the player who will earn that spot. Per coach Deakin, the coaching staff must trust the player inserted into that role with one key component. “It must be First and 10 Aztecs at the result of the play or the Aztecs PAT team coming in to kick the point after,” he exclaimed. 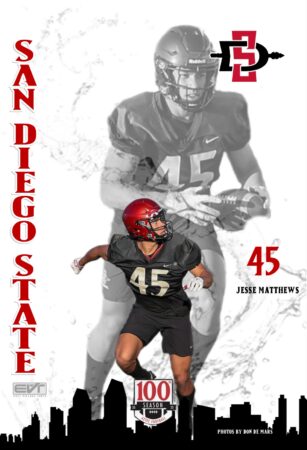 SDSU’s top two punt returners (Byrd and Matthews) and top kick returner (Byrd) are starting skill position players and named to the Preseason Conference First-Team. The accolades for the two seniors are endless. Add another Penny (Brionne) into the fold at kick returner along with potentially a transfer RB from USC. You have the makings of a star-studded returner pool looking to keep opposing special teams coordinators up at night in preparation for playing the Aztecs.

The only other player to return a kickoff or punt last season (outside of a blocked or squibbed kick) was Kaegun Williams, who transferred and is no longer on the roster. Despite the loss of Williams, the Aztecs possess a dearth of options at both spots in case Byrd is unavailable for a return.

Wide receiver Jesse Mathews led the team with 12 punt returns and 113 yards in 2020 and tied with Byrd for 12 punt returns in 2019 before giving up the top spot to Byrd in 2021 to focus more on his receiver duties. He is very sure-handed and reliable and could fill in at punt returner, and is listed as the backup on the post-spring depth chart. Mehki Shaw is likely next in line behind Matthews.

At kickoff returner, incoming transfer Kenan Christon returned one kick for 20 yards at USC in 2019 and has the speed and explosion to scare any kick return, coverage team. Brionne Penny and Cam Davis are listed as the main backups to Byrd on the post-spring depth chart, and while neither has returned a kick in-game action, the coaching staff has a lot of faith in their abilities to step up when called upon. 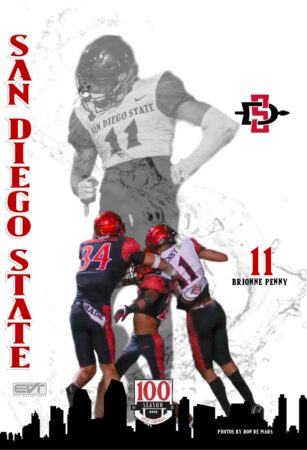 It would be hard to find another Group of Five team that has the talent level at the returner spots that SDSU possesses. Outside of Byrd and Christon, several young players are lining up to become the next great SDSU kick and punt returner.  Penny, the younger brother of Rashaad Penny, came to SDSU with high expectations due to his bloodline, and after a great spring camp, has earned the trust of the coaching staff to be listed as the second in line at kick returner.

Cam Davis, a star running back in Texas, and Lucky Sutton, a 4-star running back from San Diego, may be able to make their first marks at the collegiate level in the return game while they wait for their opportunity on offense.

After explaining that possession of the football following a return is the most important factor for success as a returner, coach Deakin highlighted communication as the second most critical. “Guys that communicate that the ball is on the ground or I’m not going to be able to field this, so the punt team gets away from it,” will continue to receive those opportunities, he said. 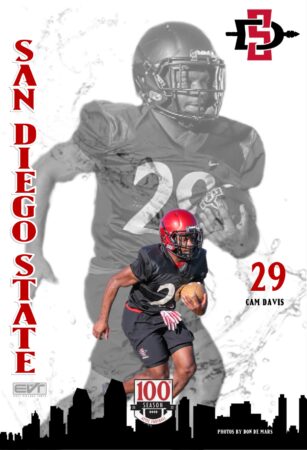