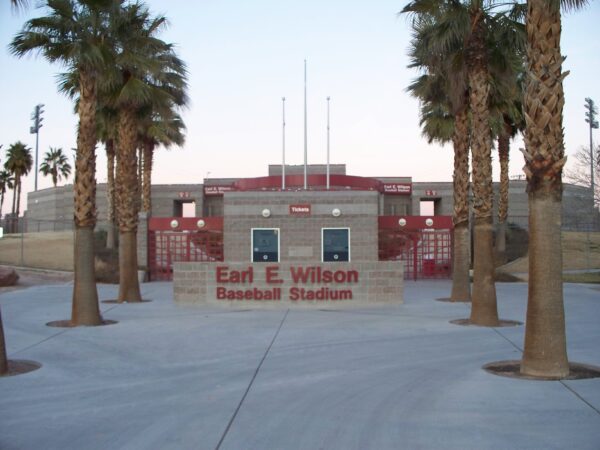 San Diego State entered the weekend a mere .005 ahead of second-place Nevada for the top spot in the conference standings. SDSU left the weekend in fourth place following a sweep by the Rebels. The second-place Nevada Wolfpack played on the road against fifth-place Fresno State. They took the first two games of their series and are leading 3-1 in the fourth inning of Sunday’s game at the time of this article. Below is a summary of SDSU’s three games and three thoughts following the weekend’s slate of games.

The Aztecs jumped out to an early 3-0 lead in the top of the first due mostly to two errors by UNLV SS Brenden Brooks. Unfortunately, for State, they would only score one more run the rest of the way and give up 14 in seven innings. The Rebels took down the Aztecs 14-4 in a game decided by the 10 run mercy rule. Three of the last six losses by the club have come by way of the mercy rule.

Troy Melton took the loss. He gave up seven earned runs in 2.2 innings, raising his ERA to just shy of six runs a game (5.88). Melton struck out two and walked three. The loss drops his record to 4-5 this season. At the plate, Wyatt Hendrie paced the club. He was 2-4 on the day with an RBI.

UNLV picked up in Game Two, where they left off in Game One of the doubleheader. They jumped out to a 7-1 lead after two innings. All seven runs were earned off SDSU pitcher Tre Brown. No lead is safe, however, against the Aztecs. SDSU scored four in the third, one in the fifth, and four more in the sixth while blanking the Rebels. Heading into the final three innings of the game, State held a 10 – 7 lead.

UNLV chipped away with a run in the seventh and eighth to bring them within one heading into the ninth. SDSU recorded three outs in the bottom of the ninth without giving up the decisive run and should have walked away with a victory. However, a passed ball on what would have been a game-ending strikeout gave UNLV another chance. They took full advantage as an RBI single plated two to give the Rebels a walk-off 11-10 victory.

SDSU had six players with two hits. Jacob Cruce had a double, a home run, and three RBIs. Jaden Fein also had a double in the loss. The losing pitcher for the Aztecs was Christian Winston, as he moved to 2-2 on the season.

The Aztecs were competitive in this one through four innings, but the wheels came off after that. Eight of the Rebels runs came in the fifth, sixth, and eighth. Brian Leonhardt started and took the loss. He pitched four innings but could not record an out in the fifth before exiting after giving up three runs. Leonhardt moves to 1-1 on the year. Mike Jarvis was the only player for SDSU with more than one hit. He had a double and the only RBI for the Aztecs.

With only nine games left on the season and the team clinging to the smallest leads in the standings, the Aztecs needed their ace to step up and deliver a great performance. Instead, Melton took a loss and saw his ERA balloon to 5.88.

Head Coach Mark Martinez came into the year gushing about a deep and talented pitching staff, but that has yet to materialize. Collectively on the season, the Aztecs’ arms have a 5.71 ERA. Melton is the team’s leader, and if there is hope the team can turn around its subpar pitching, it starts with Melton being at his best in what is expected to be the final two regular-season starts of his collegiate career.

A few series ago, coach Martinez began experimenting with having bullpen pitchers opening games before handing it off to the regular starters. The goal was to bridge the gap between the start of the game and the end. The coaching staff noticed a deficiency in innings six through eight, and by pushing the starters back a couple of innings, the hope was they would be pitching in those high leverage innings instead of middle relievers. The strategy did not work well over the weekend.

On Saturday, closer Tre Brown opened up game two of the doubleheader in front of Mikey Paredes and gave up seven earned runs. Brown, who leads the team with four saves, also was unavailable in the ninth to save the game. The game ended with a blown save.

On Sunday, Brian Leonhardt started the game. He went four innings and gave up three runs before giving the ball to normal Sunday starter Ricky Tibbett. The middle innings to late innings, though, continued to be the weak point in the game for the pitching staff as all eight of the Rebels runs were scored in the fifth through the eighth innings.

That coach Martinez is having to experiment this late in the season is notable. The pitching staff that was supposed to be the strength of the team has simply been its weakness.

When SDSU got on the plane to Las Vegas, they were in first place in the Mountain West. At the close of game three against the Rebels, they were in fourth place. The team with the highest winning percentage wins the conference.

Nevada, whose final game against Fresno State had not finished as of the writing of this article, is riding a 10-game conference winning streak and is in first place at 17-9 (.654). After Sunday, their final four conference games are at home against last-place San Jose State.

UNLV is in second place at .583. They have three more conference games at Fresno State.

Third place Air Force, which hosts SDSU next weekend for three and Fresno for three the final weekend, is 16-12 (.571) in the conference. Including Sunday, they have seven games left.

Head-to-head records only apply if teams are tied in the loss column.

My earliest sport's memory involve tailgating at the Murph, running down the circular exit ramps, and seeing the Padres, Chargers and Aztecs play. As a second generation Aztec, I am passionate about all things SDSU. Other interests include raising my four children, being a great husband and teaching high school.
Tags: San Diego State Aztecs baseball, SDSU, SDSU 2021, SDSU Baseball