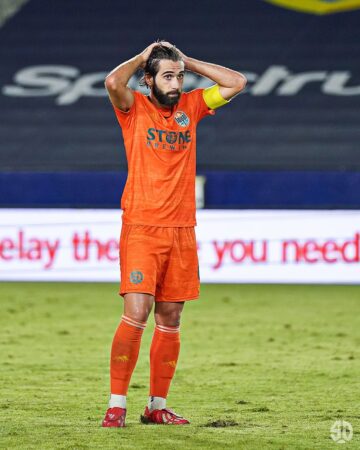 The San Diego Loyal settle for a 1-1 draw, due to the last-minute goal by Galaxy II’s Alejandro Alvarado Jr. With what looked like an away victory and a much-needed three points, a critical late disqualification for San Diego proved fatal. Their postseason chances now lie in the hands of one final match.

The Loyal now has 23 points (6-5-4), which remains good for second place in Group B. Even though that is enough to make the playoffs, LA is right behind them with 22 points and still three matches left on their schedule.

San Diego will need some help from other opponents, but can only control what is in front of them.

Manager Landon Donovan did not have his full squad for Wednesday’s match due to injuries, and a crucial starter suspended. It looked like Team 1 started with a 4-4-2 formation, with the Chula Vista native Austin Guerrero in goal, and Rubio Rubin and Miguel Berry as the two forwards.

The Loyal were without three notable defenders and their usual goalkeeper, Jon Kempin. Sal Zizzo, Grant Stoneman, and Joe Greenspan all have started multiple matches for San Diego. Despite that, the defense held its ground and did not allow a goal until the final moments.

Both teams were aggressive early on in the first half with four shots apiece. San Diego controlled around 60% of possession and kept the Galaxy II players on their heals with an 80% pass-rate.

As the first half was looking like it would stay even at zero, captain Charlie Adams was tripped up in the penalty box, and the official blew the whistle for the penalty kick.

Rubin nailed the shot with ease in the 41st minute to put San Diego up 1-0, right before the break.

Both teams went into their separate locker rooms, knowing they needed a win to make their playoff chances a reality.

The second half was a battle all the way through. If fans were in the stadium, you would still be able to hear the intensity from the players.

There were a total of 11 Yellow Cards issued and two Red Cards. Six for LA and five for San Diego.

In the 89th minute, defender Elijah Martin received a Red Card after his second Yellow Card was issued.

That disqualification became a critical moment in the match, as just seconds later, LA evened the score with a 90+6 minute stunner.

Not a bad time for your first goal, Alejandro! 🙌#LAvSD | 1-1 pic.twitter.com/7qf87jKPgc

The Loyal are known for their aggressive approach on the defensive side, but that was the first Red Card issued on the season for San Diego.

With only ten men in to use, the Loyal did not show their frustration. But it was tough for them to control any possession to have a chance to win the game in the final seconds.

LA had a last-second Red Card issued to Omar Ontiveros, but it wasn’t enough as the final whistle blew, and the match ended in a 1-1 draw.

The Loyal players were stunned. They fought hard for over 100 total minutes and thought they would come out with three points. But that is how soccer works; the game can change at any second as tonight was an example of playing until the final whistle is blown.

One point will be enough for now, but the Loyal isn’t satisfied. One final regular-season match remains against the top team in Group B, the Phoenix Rising.

The Loyal defeated the Rising last Saturday after Rubin scored a hat-trick to secure the win. Although, defeating one of the top teams in the entire USL Championship twice within two weeks is one tough task.

The final match is next Wednesday, Sept. 30, at Torero Stadium and starts at 7 p.m. It can be streamed on ESPN+.

San Diego will most likely need a win and the three points to have a chance for the 2020 playoffs.