The San Diego Loyal have a huge opportunity in front of them. As it stands now, they are in third place in the Western Conference with 20 points and a (+5) goal difference.

From this Saturday, May 21, until Thursday, June 2, the Loyal will travel to two different states to play in three different matches. If the Loyal are able to leave each state with at least one point, then they will be in a great position for when they host three straight matches following the “road trip.”

The Loyal will likely head to Texas either Thursday or Friday to prepare for the Rio Grande Valley (RGV) Toros. After Saturday’s match, the Loyal will head back home to SD but will play in Los Angeles the following Saturday for a matchup with LA Galaxy II. Then Thursday, June 2, the squad will travel east to New York to take on the NY Red Bulls II for a 2 pm PT matchup.

The team will see some fatigue because of the road trip. However, this is something the Loyal are used to. Last season, they started out the campaign by playing in four straight away matches. I expect the squad to be ready to go as they know what is right in front of them.

What is right behind them, however, is the mighty Phoenix Rising. They are fourth in the conference with 18 points while also winning six matches. Their four losses put them two points behind the Loyal, who have two losses and two draws.

The Rising are coming, and the Loyal want to keep their slight lead over their rivals. There are a few other teams (including LA Galaxy II) that are right behind the Loyal as well. The team must earn points in each of these next three matches. 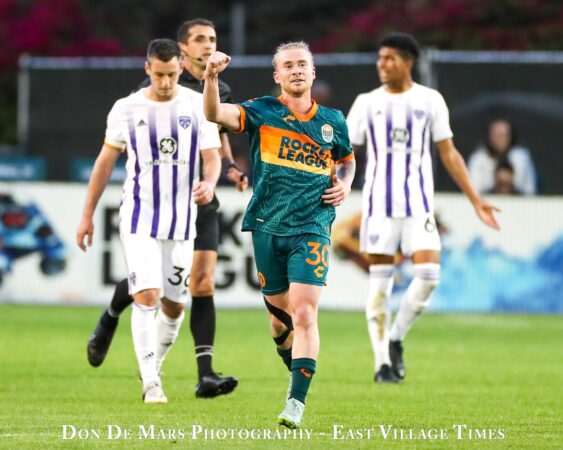 A huge reason for the Loyal’s success this season is forward Kyle Vassell and his USL Championship-leading six goals. If Vassell and the Loyal attack can continue their brilliant run, then there should be no reason why the Loyal can’t start their home stretch in mid-June with an extra nine points.

Manager Landon Donovan’s squad is just two goals behind the USL lead at 22. El Paso Locomotive lead with 24 goals, and Louisville City FC are right behind with 23. The plan is working in year three. Donovan will make sure his squad continues to play their style and control each match.

As mentioned earlier, this is a big opportunity for the Loyal. Every team they face for the next two months have fewer points than the Loyal. RGV is near the bottom of the conference in 11th place. NY is last in the Eastern Conference with just one win.

These away goals will be tough to earn, but the Loyal must keep their pace and secure some points. If the Loyal return home with 29 points on the season, they will be right up there for playoff contention once again.