The back-to-back Mountain West Champions San Diego State Aztecs have accepted an invitation to take on the Houston Cougars in what will be their seventh consecutive bowl game.

San Diego State is rolling more than ever, as they have just recorded only their second ten-win season in the last 39 years.

They were nationally ranked on two separate occasions this season, and Donnell Pumphrey is only 108 yards away from becoming the all-time leading rusher in NCAA history.

Houston, however, have proven themselves to be tough opponents. They have beaten a top-five team twice this season (#3 Oklahoma and # 3 Louisville) and they will not be a pushover for the Aztecs squad.

Time and time again the Cougars have pounded teams that should have beaten them, and they have shown multiple times that no team, no matter how good they are, can completely break them down.

This section would be a joke if I didn’t have number 19. Out of all the players that will be on the field Saturday, Pumphrey has the best opportunity to make some NCAA history. Just 108 yards away from clinching the number one overall spot on the all-time career rushing list, he will be the man to pay close attention to come Saturday. The Aztecs will give him every opportunity to break that record in Vegas. 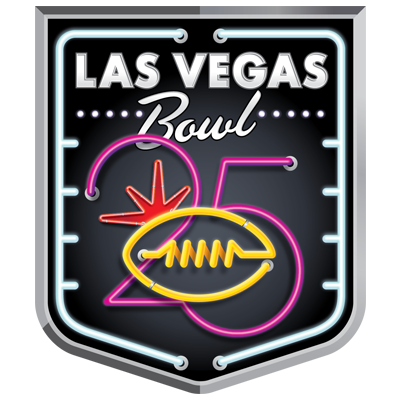 All season long Calving Munson has been punishing offenses. He leads SDSU in tackles with 108 total, with 53 of those being completely unassisted. He has also been a monster in the backfield, wrapping up a total of 10 tackles for losses and sacking the quarterback 3.5 times. The Cougars will need to keep an eye on number 54, or risk the chance of becoming helpless victims to Munson’s wrath.

Quarterback Greg Ward Jr. has been absolutely outstanding for the Houston Cougars this season. He is sporting a 144.4 Efficiency Rating and has found the end zone 22 times while racking up 3,328 yards. BUT. We are not to get lost in his stats through the air. He has tucked the ball and run a total of 175 times for a total of 518 yards (a 3 yard average). So what?!? 3 yard average, what’s the big deal? Well he’s a quarterback who can launch the ball over your head for a 70-yard touchdown, and can also run it right under your nose to add to his nine total rushing touchdowns this season.

This game is going to be one to watch without a doubt. San Diego State will take on one of the toughest opponents they have faced this season, and they will be doing so on a somewhat neutral field.

Both high-powered, multi-threat offenses will take on tough and aggressive defenses.

SDSU has produced a top-25 defense all season long behind guys like Munson and Damontae Kazee (leads FBS in interceptions), and Houston has done the same with guys like Steven Taylor (72 total tackles, 8.5 sacks) and Ed Oliver (19.5 tackles for loss).

Anyone interested in making the six-hour drive can find tickets here. All SDSU fans and family attending are encouraged to wear black! #Won21

Derek is a 22-year-old out of Lemon Grove, California. A burning passion for San Diego sports led him to pursue an opportunity to write and share about what's going on with the teams in America's Finest City. A young and aspiring sports journalist looking to grow his knowledge and expand his experience at any opportunity.
Tags: 2016 Las Vegas Bowl, Aztecs vs Cougars, San Diego State Aztecs Football, SDSU, SDSU Aztecs, SDSU vs Houston