It is probable that we will see Rondon on the Major League Team at some point in 2017. Overall, Rondon had a solid campaign in the LVBP with two different teams. The young Venezuelan really picked it up towards the end of the season to bring up his BA to .257 since joining Aragua. Overall though, Rondon was solid throughout the 2016 LVBP season. The 22-year-old batted .263 with a home run, three triples, seven doubles, and 15 RBI in 55 games. Hopefully, Rondon can tear up El Paso and find his way back to being the future shortstop of the franchise.

The veteran backstop killed it in his limited playing time in the LVBP. The switch-hitter joined late in the winter. Sanchez, however, did make a nice impact on his team. Sanchez batted .320 with a home run, three doubles, and five RBI in just 15 games. Tiburones now find themselves in the playoffs. The catching situation for the Friars in 2017 will be interesting. Sanchez certainly has an outside shot at cracking the opening day roster.

Stevens, like Marcus Greene Jr. has also been tearing it up in the ABL. Greene has done far better, but Stevens has been solid for the Canberra Cavalry. So far, Stevens has held a .306 BA in 12 games. Stevens will most likely not be a major player within the organization in 2017. But hopefully this experience in Australia will help him progress in his development.

Villanueva hasn’t played in a game with Obregon since Oct. 28. But overall, the infielder did have a solid few games in the Mexican Pacific League. Villanueva hit .278 with three home runs and nine RBI in just 15 games in the LMP. Villanueva just seems like the type of player who will find his way on the Major League roster in 2017.

There have been several relief pitchers who have either not seen much action lately or whose seasons have come to an end in the LMP or the LVBP. Overall, five relief pitchers have maintained an ERA of 0.00 this winter. The most impressive had to be Jose Castillo in the LVBP. Castillo allowed no runs in 13 and a half innings pitched with Magallanes. A very impressive duo out in the LIDOM was Michael Dimock and Rafael De Paula with Toros del Este. Both gentlemen combined for an ERA of 0.00 in 18 innings. Both have a very legitimate shot at making the Padres bullpen in 2017 and are names to keep an eye on. 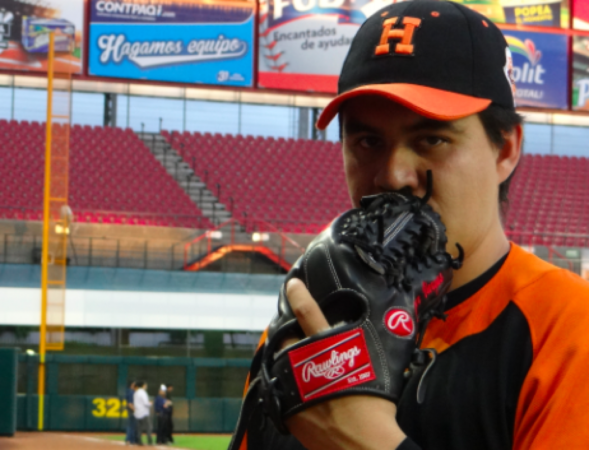 Young Zech Lemond has maintained his ERA of 0.00 in 11 innings in the ABL with the Canberra Cavalry as well. There were other relievers who didn’t quite have an ERA of 0.00, but did impress in their respective leagues. We start out with Gerardo Reyes out in the LMP. Reyes posted a 1.00 ERA in nine innings with Yaquis de Obregon. From a youngster to a seasoned veteran, we go to Carlos Fisher, who also played with Yaquis de Obregon in the LMP. Fisher, 33, had the biggest workload out of any pitcher in the Padres’ organization this winter. Fisher has thrown 32 innings, and held a 1.69 ERA, with a 3-0 record and one save. Fisher is another guy who really has a legitimate chance at making Doug Bochtler’s crew in 2017.

Finally, we take a look at Bryan Rodriguez. Rodriguez has become one of the most impressive relievers playing winter ball within the Pads’ organization. The 6-foot-5 pitcher has dominated the LIDOM with Gigantes del Cibao. Rodriguez has held an impressive 0.49 ERA in 18 and one third innings. The right-hander will most likely spend all of 2017 in the minors, but who knows, he could crack the roster at some point in 2018.

Padres fans, you are looking at your probable third or fourth starter for the 2017 campaign. Chacin isn’t a bad pitcher, but many are not impressed by the signing of the Venezuelan pitcher. Chacin had a solid 2016 winter campaign with Leones del Caracas in the LVBP. Chacin started five games and came home with a 2-2 record and a 2.54 ERA. Chacin could turn out to be the Padres’ Drew Pomeranz of the 2017 season. Who knows with these types of pitchers.

As usual, we end this update with the one and only Cesar Vargas. The Mexican hurler did not start a single game in the LMP with Hermosillo this winter. But it is more than likely that he will be a part of the Padres’ rotation in 2017. Vargas made huge strides to fully recovering this winter and being back at 100% for the 2017 campaign. “El Calmado” looked exceptional with Hermosillo, posting a 1.98 ERA in 13 and two third innings. Vargas only allowed three runs throughout the whole season. Cesar definitely looks to start out 2017 at 100%, and it’ll surely be interesting to see what he can do with a clean bill of health.

That wraps it up, Friar Faithful. I hope that you are enjoying your start to 2017.

Francisco, 21, Chula Vista area, Journalism student at Southwestern College. I have been a Padres fan all my life, did most of the series previews and recaps in the Padres' 2016 season for EVT. Now I focus more on the Tijuana Xolos soccer team, get press passes for every home game and write consistently about the team for EVT.
Tags: Cesar Vargas, Hector Sanchez, Jhoulys Chacin, Padres Winter Leagues, San Diego Padres, San Diego Padres Winter Leagues
Pages: 1 2

Our bullpen, if our starters do their job, could give us a serious chance at some wins.

Yeah for sure. Apart from the obvious names like Buchter and Brad Hand. There are definitely some guys within the organization who may step up this season. Hopefully they can continue with their winter league performances.