After an exceptionally active MLB Trade Deadline by A.J. Preller and the San Diego Padres, new and familiar faces must step up if the Padres are going to reach and advance in the 2020 postseason.

The trading frenzy for the San Diego Padres leading up to Monday’s trade deadline began Saturday afternoon with the addition of hard-throwing reliever Trevor Rosenthal from the Kansas City Royals. It concluded Monday morning when the club announced a trade with the Cleveland Indians for starter Mike Clevinger.

The #Padres have acquired Mike Clevinger, Greg Allen and a PTBNL from the Indians. Details: https://t.co/qbAcebGXIK pic.twitter.com/S6GiaDPPi3

In all, the Padres made six deals in about 48 hours, all intending to strengthen their weaknesses to make a run at competing for a World Series title in 2020.  The success the team showed in their first 35 games proved to General Manager A.J. Preller that some in-season risks were worth investing in during this unique season of only 60 games.

While the deals made by Preller and the Padres are meant to improve the team beyond just the current season, which was previously a more realistic arrival time for sustainable success, 2020 has proven to have a sort of ineffable feeling to it that has paved the way for more immediate confidence amongst Padres fans and around the league.

For the Padres to continue their early success — which has seen them go 23-16 through September 3 — they will need to do a lot of what they have been doing while getting help from new faces along with guys who can kick their game up to a different gear. As mentioned in an article from February in which I similarly listed Padres players that could make a surprise splash or reach another gear to give the team an unexpected boost, x-factors can make the difference between a team being good and a team being great.

For instance, Howie Kendrick of the 2019 Washington Nationals was the perfect example an x-factor making the difference on a contending team, providing unexpected yet invaluable production during the Nats’ World Series title run last fall.  Kendrick was in a lineup with Anthony Rendon and Juan Soto, among others, had a pitching staff that included Max Scherzer and Stephen Strasburg, and yet compiled moments in each playoff series that made game-changing differences.

Four potential x-factors on the Padres’ post-deadline roster that can help the Padres down the stretch:

Myers has turned in a very productive season thus far, hitting .294 with nine home runs and 25 RBI.  He is also getting on base at a .365 rate, which is a significant boost for this team, which prides itself on getting on base and working counts.  The veteran Padre seems to be enjoying himself on the field, which is a positive sign for a player who has certainly had ups and downs that have frustrated not only fans with certain expectations of the well-paid outfielder, but himself as well.

If Myers can avoid falling into old habits of inconsistency throughout September and potentially the playoffs, the Padres have as dangerous of an offense as any team they might face. Fernando Tatis Jr. has been playing at an MVP level, Manny Machado and Eric Hosmer have seen their strokes return to the form Padres’ fans expected when they were brought to San Diego, and rookie Jake Cronenworth has come out of nowhere to hit .346 with a .405 OBP and a 1.011 OPS.

With Myers continuing to play free and easy and potentially producing close to what he has to start 2020, he could be a difference-maker for a team that looked to trade him just months ago.

Jurickson Profar was brought to San Diego to fill in at second base primarily.  With Tommy Pham going down for the season weeks ago, Profar was made the primary left fielder, which coincided with the emergence of rookie Jake Cronenworth who slid into the regular second base spot replacing Profar.  The dominos aligned beautifully in this regard, with Profar having plenty of experience in the outfield and Cronenworth being too hot at the plate to take out of the lineup.

Losing Pham for the season seemed to be a significant blow for a team that had such high expectations for their new left fielder, on and off the field.  Profar, however, has been able to soften that blow by playing a solid left field and continuing to be a pest at the plate.

All defensive positions are essential in baseball, especially in high stake games like the Padres will be playing from here on out.  It is of major importance. However, that replacement players be more than just a name to fill in on the lineup sheet.  Profar having experience and ability in left field has proven large for the Padres so far, and will look to keep it going as the team continues to try and plug the right pieces daily.

If Profar can continue to excel in the outfield, manager Jayce Tingler’s job is made significantly easier, creating crucial stability. 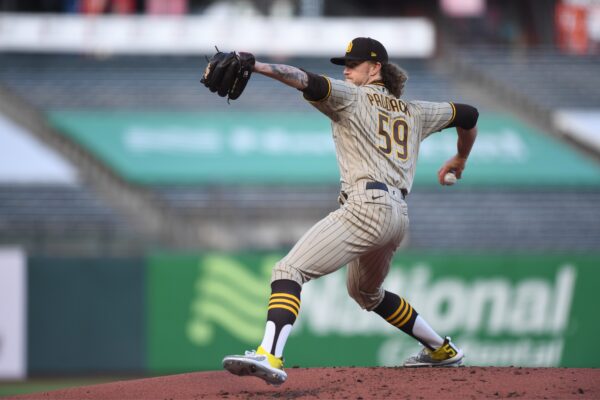 Chris Paddack came into 2020 as the Opening Day starter for the club, which seemed to have reasonable expectations for the second-year starter.  Thus far, he has been up and down through eight starts, posting a 4.43 ERA while not making it past six innings in any start. Though not alarming numbers, Paddack was expected to take a giant leap forward and lead the staff in 2020, which has been a failure up to now.

He is as capable as anyone to right the ship and start dominating for the Padres starting staff, especially after a promising last outing in Colorado where he struck out eight and gave up no earned runs in six innings.  With the Padres adding Mike Clevinger to the rotation at the deadline, and Dinelson Lamet flying under the radar with an ERA of 2.62 and 11.5 K/9, Paddack takes on a new role.

No longer does Paddack need to carry the burden of being the ace that will decide the success of the team.  With Clevinger and Lamet alongside him, he can still be a significant piece of the ultimate success of the Padres, but not the critical component.  Whether that altered his performance or not, it has got to feel good knowing that he’s got unquestionable talent around him.

If Paddack can build off of his most recent start against the Rockies and begin a string of dominant starts that he is fully capable of, look for that to boost the Padres to a new level.

The Padres traded for Trevor Rosenthal at the deadline this past weekend to shore up what was once supposed to be their greatest strength – the bullpen.  Except for Drew Pomeranz, the Padres bullpen has been inconsistent and unreliable.  There have been flashes shown by guys like Matt Strahm and Tim Hill, but overall, it has been a disaster.

The team has overcome this with a timely offense, above-average defense, and strategic maneuvering by Tingler and the front office.  It is vital to late-season and postseason success to have a bullpen that a team can count on.  So far, that has not been the case, which is where Trevor Rosenthal comes in.

Rosenthal has been up and down in his career, but he has shown promise at the start of his 2020 season in Kansas City.  In 15 games so far, including his first appearance for the Padres on Monday in Colorado in which he threw a scoreless 9th inning striking out two, Rosenthal has impressed.  For the Padres to reach the heights they want to achieve; the bullpen will need to turn things around.

With Kirby Yates out for the season with an elbow injury and Emilio Pagan underwhelming when healthy (currently on the IL for biceps issue), Rosenthal is being asked to be a significant piece in the turnaround of San Diego’s bullpen.

He does not have to carry the load by himself with the Padres staff, due to the wealth of talent and ability still out there for Tingler to work with.  It is up to the new Padre Rosenthal, however, to instill some consistency and a presence at the back end with Pomeranz, which can then ignite some flames down the line to guys who will need to find better success if the Padres want to win into October.

Tony C., I agree with one big portion of your missive: playoff baseball is about execution. Either under my real name or this ridiculous handle, I wrote a similar post, tailored to a reflection on the Washington Nationals shortly after they won it all last year. Trying to be supportive and fully expecting Padre brass are scouring all forms of Padre conversation for various aspects of the business, I hoped to shine a light on the clear differences in roster construction. As a fan, you know people in front offices are aware but maybe in some small way, you hope… Read more »

This link puts in question the statement that Pham is lost for the season.

I just wanted to briefly revisit this thread for two reasons: 1) Pham’s successful return. It is tremendously exciting that the rumors are true, and it creates hope that Hoz will be able to tough it out successfully, too. It would be interesting to know just how tough they are to overcome these injuries. We’ve got a chance to win it all, boys and girls. 2) FTJ. Upon reading my original reply, I wondered if I had been too light on stating the obvious: Fernando is the best talent/player, not only on this team, but in the game. It was… Read more »

As is the case with all teams… the team that executes in the batters box and on the field wins. If the Padres, restocked with capable players, want to go deep into the playoffs and a possible World Series run, they have got to do everything within their power to win. They need to be more patient at the plate, as they were earlier in the year. They need to do the small things that good teams do to win the close games. Errors need to be reduced. Too many unearned runs in CO. Each player is responsible for their… Read more »