The San Diego Padres’ bullpen has been hit hard this season.

Injuries? Underperformance? Fatigue? All of the above describe the bullpen perfectly.

Now, as the 2020 Trade Deadline approaches, A.J. Preller has swung a deal to drop a care package on a bullpen that desperately needs it.

The San Diego Padres are in agreement on a deal to acquire reliever Trevor Rosenthal from Kansas City, sources tell ESPN. Arguably the best reliever on the market is headed to the Padres, whose beleaguered bullpen will get a huge boost from a revitalized Rosenthal.

Trevor Rosenthal, one of the hottest commodities on the trade market, has been acquired by the San Diego Padres from the Kansas City Royals. San Diego will be sending outfielder Edward Olivares and a player to be named later to the Royals.

After signing a minor league contract with Kansas City, Rosenthal earned a spot on the roster after impressing the Royals’ front office in Spring Training. In 13.2 innings of relief, Rosenthal pitched to a 3.29 ERA, 3.74 FIP, 3.41 xFIP, and a 3.11 SIERA.

So far, Statcast seems to like his return to form as well thanks to a lower walk rate and higher strikeout numbers than ever before. Thanks to a fastball that has hit a career-high 98 MPH, batters have swung at 45.1 percent of Rosenthal’s offerings while whiffing at a career-high 14.2 percent of strikes. 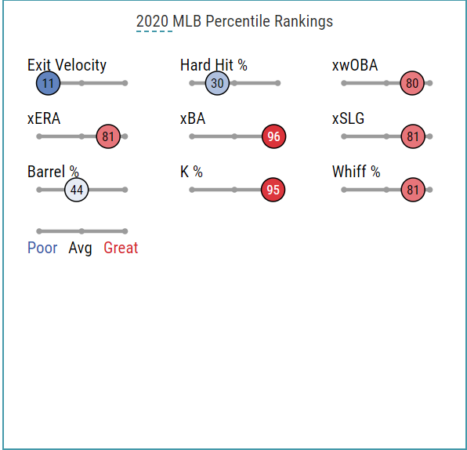 Rosenthal rose to prominence as a member of the St.Loius Cardinals and pitched in the 2013 World Series against the Boston Red Sox. Rosenthal took over the closer job in 2014, and his 48 saves in 2015 earned him his first and only All-Star appearance.

Tommy John surgery forced Rosenthal to miss out on the entire 2018 season and saw him get released from the Cardinals. Rosenthal caught on with the Washington Nationals, but a disastrous 12 games led to his release.

Injuries to Andres Munoz, Trey Wingenter, and Kirby Yates have rocked the San Diego bullpen while underperformance from key figures has made the later innings of games a stressful time for Jayce Tingler.

With a plethora of outfielders on the Padres roster along with CJ Abrams and Taylor Trammell on the rise, Olivares was at risk of getting squeezed off the roster. He will now get the chance to find his footing with Kansas City.

I am currently attending San Diego State University while working on achieving a major in journalism. At SDSU, I write for The Daily Aztec while also hosting the sports radio show "Picked Off", for KCR Radio. A loyal fan of San Diego sports, I hope to bring content that you will enjoy reading.
Tags: 2020 MLB Trade Deadline, 2020 San Diego Padres, Edward Olivares, Kansas City Royals, Trevor Rosenthal

With a plethora of young outfielders in the system, losing Oliveras shouldn’t be that big of a deal. I’ll assume the PTBNL will be a lesser prospect since this is just a rental player. We need another steady reliever with experience for when we get to the playoffs. I worry these youngsters might get a bit overwhelmed and overexcited come playoff time. Pomeranz is back tonight so hopefully, he’ll stay healthy. I think we still need to acquire a back end starter or, a front end guy if available and not too expensive, to solidify our starting rotation. Tonight’s game… Read more »