Zunica flies under the radar when lined up against most Padres top prospects. The kid has power, that is not up for debate. He hit 17 home runs last season for High-A Lake Elsinore and looks to be on pace for even more this season, already with 11. He has never had a wRC+ lower than 105 at any level.

Walk it off, @bradley_zunica! What an ending! Soddies win it, 10-8! pic.twitter.com/aix7EQtKsP

This week it wasn’t all about the home run ball. He showed his gap-to-gap hitting ability by smacking six doubles, four of them came in two games. On Friday, he went 3-f0r-5 with a home run, three RBI, and two doubles, while his home run was of the walk-off variety. He may quietly keep hitting his way up the ranks as he boasts a .880 OPS and a 133 wRC+ this season in Double-A, the highest level he has played at to date. 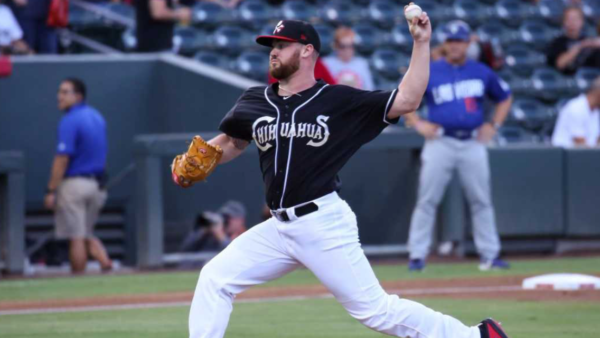 Allen is making up for lost ground as other prospects have gotten the call to the big leagues over him. Now, after 10 starts this season, he has a 4.01 ERA with 10.6 strikeouts per nine innings. He has re-established himself as one of the most major league-ready pitching prospects that the Padres have yet to promote.

Hedges surprised many with his outburst this week after lying dormant for most of the start of the season. He was a big part of the massive explosion of offense the Padres had on Saturday when they beat the Toronto Blue Jays 19-4. He hit his first career grand slam and drove in five in the blowout effort.

He is in the midst of a modest five-game hitting streak as well. His average is creeping closer to the Mendoza Line of .200. The consensus on Hedges is that his lower average and high strikeout rate would be tolerable if he could show immense power in addition to his elite defense. This week, he was every bit the catcher the Padres have wanted from him from the start.

Time and time again this season, Yates has answered the call, even when it seemed his arm was close to falling off after several high-stress appearances in a row. It was nothing new this week, as he saved three consecutive games, locking down each win of the sweep of the Arizona Diamondbacks.

Kirby Yates has more saves than five teams have wins.

He did so without allowing a single baserunner all week long, striking out six in the three saves. Yates is quickly building an All-Star resume and is the latest in a long line of Padres’ closers who have come from seemingly out of nowhere to become one of the best closers in baseball.

Native of Escondido, CA. Lived in San Diego area for 20 years. Padres fan since childhood (mid-90s). I have been writing since 2014. I currently live near Seattle, WA and am married to a Seattle sports girl. I wore #19 on my high school baseball team for Tony Gwynn. I am a stats and sports history nerd. I attended BYU on the Idaho campus. I also love Star Wars.
Tags: Austin Hedges, Brad Zunica, Kirby Yates, Logan Allen, MiLB, MLB, MLB Pipeline, Padres, San Diego Padres

Aztecs struggle against the Aggies