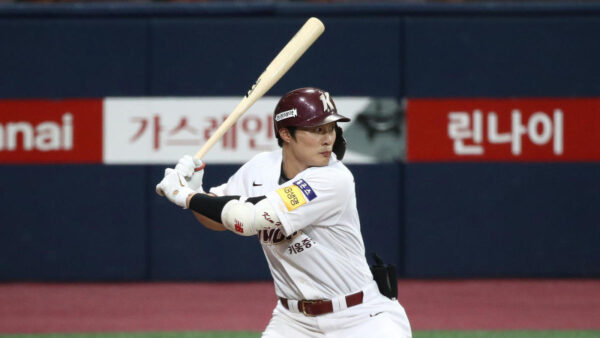 According to reports, the San Diego Padres are one of a handful of teams interested in Ha-Seong Kim. The 25-year-old infielder posted a .921 OPS in 2020.

Fresh off losing to the LG Giants in the Wild Card round of the playoffs, the Kiwoom Heroes of the KBO posted 25-year-old superstar Ha-Seong Kim to the MLB. The Padres are reportedly one of several teams interested in the infielder’s services, with his 30-day negotiating window ending at 5 PM ET on Christmas Day.

Since then, he’s consistently been a 20 home run, 80-100 RBI’s player. Kim has primarily played at shortstop throughout his career while also seeing some time at third base. Of course, with Fernando Tatis Jr. firmly planted at shortstop, Kim would likely be shifted to either second base or the outfield, depending on if the league keeps the designated hitter in the National League.

The early reports suggest the NL will revert to the pitcher batting in 2021, but nothing has yet been finalized. Today’s News Post suggests Kim will receive a seven-year deal worth anywhere between $50M and $70M.

“Kim’s age and skill set make him a unique free agent and, even with payrolls set to come down, he is poised to set a new contract record for a KBO player. A six-year contract in the $7 million to $10 million range annually is not unrealistic.”

Signing Kim would obviously signal the end of Profar’s time in San Diego, as the unrestricted free agent has been among the three players general manager A.J. Preller tabbed as wishing to keep.

Kim has been such a significant threat on the basepaths, swiping 23 bases in 2020 and 33 a year ago. He demonstrates terrific contact ability, striking out just 68 times in 622 plate appearances.