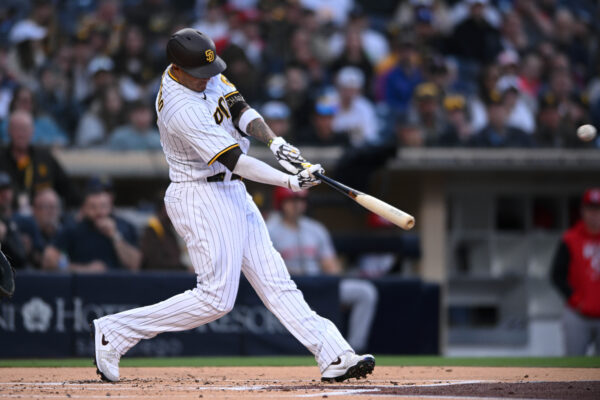 After the 2023 season, Manny Machado may opt out of his current contract with the San Diego Padres and become a free agent. Will he exercise this option?

In recent days, significant money has been handed out to MLB-free agents. Aaron Judge and Trea Turner both cashed in on the open market. Xander Bogaerts also received an offer he could not refuse, as the Padres new shortstop agreed to an 11-year deal for $280 million.

Turner and Bogaerts will be paid until they are 40, and Judge will be paid by the Yankees until he is 39 years old.

That brings us to the fact that Manny Machado may opt out of his deal with the Padres and become a free agent during the winter of 2023. At the end of next season, Machado will be 31 and capable of producing for another 7-10 years at a high level. If he were a free agent, there would be a lot of interest in the star third baseman.

Machado will want to be paid until he is 40 as well. It seems silly to guarantee money to Bogaerts until he is 40 and not address the issue with Machado. The Padres will need to do something.

At this point, it is hard to imagine him not opting out next winter. Leaving five years and $160 million ($32 million per season) would not be a huge risk as Machado would surely get a better offer somewhere on the open market. Becoming a free agent at 36 does not have the same appeal to Machado as being a free agent at the age of 31. Manny Machado and his representatives will want to make sure he is paid until he reaches the age of 40.

So, what will the Padres do?

It is not a coincidence that the team was active on both Judge and Turner before they signed elsewhere. A.J. Preller and his staff were undoubtedly thinking about the potential loss of Machado and how the team could adjust. Bogaerts was brought in for that very reason. To provide flexibility for the Padres. If worse comes to worst, the Padres will have a plan in place.

Manny Machado is happy in San Diego. Or at least it seems that way. The Padres are his team. He is the leader. Machado helped bring relevance to the San Diego Padres. With a capable roster built around him, there is no reason to think the Padres will not be successful for a long time.

It may be time to address this opt-out issue.

Peter Seidler and his ownership group have been extremely generous, and they may need to open the pocketbook up a little more to retain Machado for the long run and ensure he will remain in San Diego for the rest of the decade and into the 2030s. Manny Machado will likely one day be in the MLB hall-of-fame. It is time to solidify he wears a Padres cap on that day.