Dinelson Lamet‘s seventh start was his best so far in his young career.

He retired the first 11 batters he faced before allowing a base runner. It was a single by Nick Markakis with two outs in the fourth inning.

Lamet earned the win, to improve to 3-2 on the season, and brought his ERA down to 5.35. San Diego won the game 6-0, to secure the series win over Atlanta.

The right handed pitcher was working fast. He needed only 10 pitches to get through the first inning.

The first pitch of the game was lifted to center field by Ender Inciarte. Manuel Margot made the catch for the first out of many.

Lamet’s first strikeout came in the second inning against Matt Adams. The strikeout pitch was a slider in the dirt. Adams chased, and then was tagged by Austin Hedges for the out. 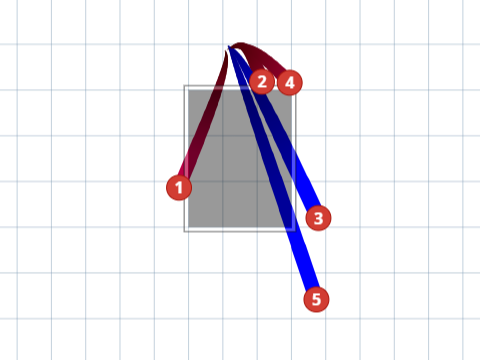 During that at-bat, Adams fouled a ball off his shin. It ended up being severe enough that Adams had to leave the game. He was replaced at first base by Jace Peterson.

Lamet got Brandon Phillips to swing at a slider that was far out of the strike zone in the fourth inning. With a 1-2 count, Lamet threw an 87 mph slider that was way outside the left slide of the plate. Phillips tried to hold up his swing, but was rung up by first base umpire Sean Barber. 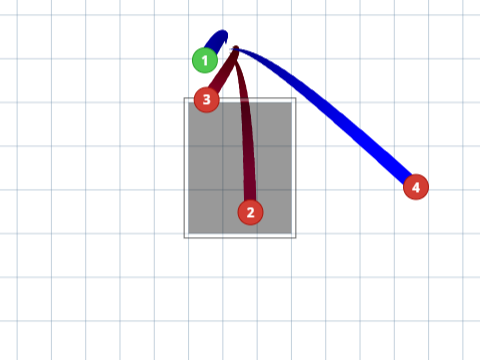 Lamet gave up a lead-off double in the top of the sixth inning, but he was able to work around it. With a 1-0 count against Inciarte, Lamet threw a changeup that was high in the strike zone. Inciarte got around on it and hit it to right-center field.

However, Lamet worked around it. He got Phillips to ground out, Markakis to line out to left field, and got Matt Kemp to strike out looking. Needless to say, the third strike to Kemp was a slider.

While Lamet did his part, putting up “zeroes” on the scoreboard through seven innings, the Padres offense did their part by giving plenty of run support.

Margot had a 3-for-4 night with a double and two RBI. His RBI-double came in the third inning. He received a 1-1 fastball from Atlanta starter Jaime Garcia and sent it into left-center field. It went 292 feet traveled at 106 mph. Margot’s average exit velocity this season is 85.94 mph. 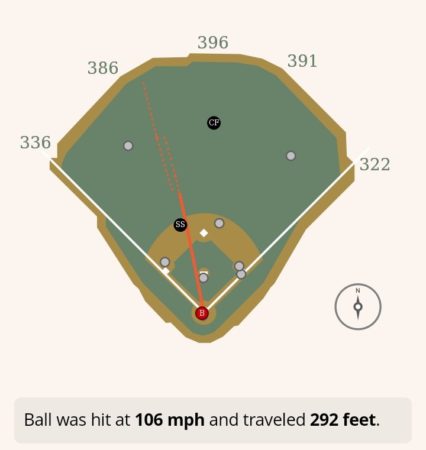 Margot added an RBI-single in the bottom of the seventh inning that allowed Matt Szczur to score from second.

After Margot’s double in the third, Wil Myers hit a towering fly ball that went over the wall in left for a two-run home run, his 16th of the season. Myers got a hold of a changeup that was over the outside part of the plate, and 5.5 seconds later, it was out of the yard. It was measured at 408 feet.

Also hitting his 16th home run was Hunter Renfroe. It came in the bottom of the fifth. This one also came on a 1-0 count, like Myers’ home run, and was a changeup over the outside part of the plate. It was recorded at 444 feet, the longest home run in Petco Park this season.

Myers and Renfroe are now tied for the team lead in home runs.