San Diego Padres center fielder, Franchy Cordero, had a memorable game on June 12, as the Friars hosted the Cincinnati Reds in the first game of a three-game series.

The key inning in the game was the second, where the Padres put up six runs to take a 7-2 lead, snatching momentum early and putting themselves in the driver’s seat the rest of the way.

The Reds held a 2-1 lead when the inning began. That changed after Austin Hedges‘ RBI-double put San Diego in front 3-2. Jose Pirela added a run with an RBI-single to make it a 4-2 game.

That’s when Cordero stepped into the batter’s box.

Cordero has been a quality bat since making his debut on May 27. He came into the game with a .346 OPS through 46 plate appearances. Before this game, he had two double and two triples. He added the home run in his second trip to the plate against Cincinnati. 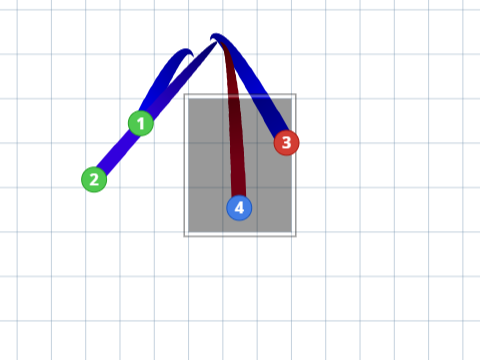 With a 2-1 count and Pirela standing at first, Reds starter, Bronson Arroyo, threw an 84 mph four-seam fastball. The location was directly over the plate, in the lower part of the strike zone. Cordero got around on it and sent a hard line drive over the wall in left field.

Cordero’s home run had a 102 mph exit velocity. Its launch angle was 24 degrees and traveled 365 feet.

Another player who has been making a lot of noise with his bat is Pirela. With two hits tonight, he raised his hitting streak to six games. He was hitless in his season debut on June 6, but has been consistently making contact since then.

Pirela has a .500 batting average and a 1.452 OPS through seven games this season. His exit velocity is also above the MLB average, at 98.43 mph.

One more thing of note in this game is that Luis Perdomo picked up his first win of the season. It took him 11 starts, but he’s finally in the win column. He held the Reds to three runs and brought his ERA down to 5.16.