A look at the San Diego Padres and the rest of Major League Baseball as the 2021 season looms.

After another offseason of contentious discussions, Major League Baseball and the Major League Players Association have agreed to safety protocols as well as on-field rules that include a continuation of seven-inning doubleheaders and a runner on second in extra innings.

As it stands now, spring training will begin on February 27 in both the Cactus and Grapefruit leagues.

The prognosticators have also been at work and have revealed their early predictions for the season.  Thanks to last season’s results and trip to the playoffs, the San Diego Padres occupy rarified territory after years of middling or worse projections.

According to Fangraphs, the New York Yankees and Los Angeles Dodgers will tie for first place with 96-66 records, but the Padres will not be far behind at 94-68.

Here is a look at those predictions.

This year mlb.com predicts that the Dodgers will win the West, with the Padres again taking the NL Wildcard.

MLB.com also tabbed Padres manager Jayce Tingler as the likely NL Manager of the Year for 2021.  Last year, Tingler indeed rose to the occasion, especially considering he’d never managed at the big league level.  He guided the team to the playoffs during a pandemic and with a cast of changing characters.

According to PECOTA standings, the Padres win total will even surpass the 94 wins predicted by Fangraphs.com with 95.6 wins. 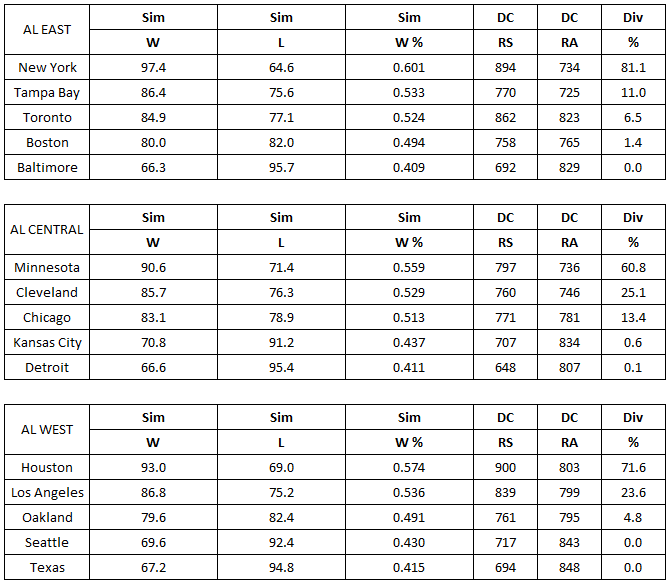 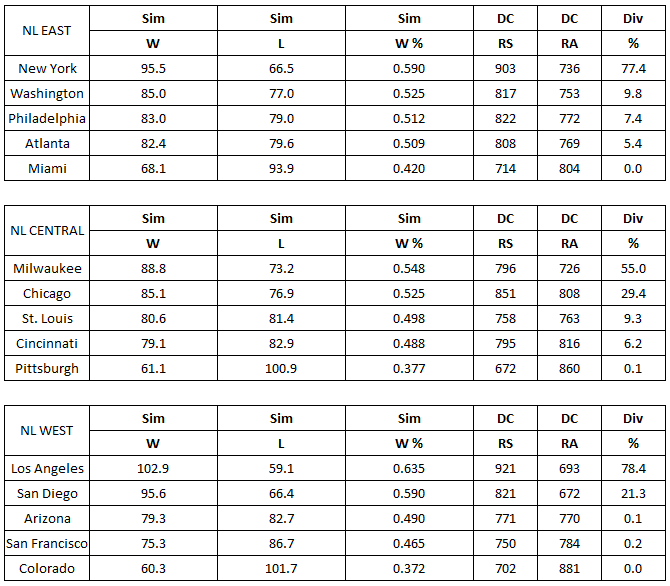 Also of interest, Bradford Doolittle of ESPN predicted the top rotations in baseball:

Not surprisingly, according to Dan Szymborski’ ZIPS Projections for players’ WAR, Mike Trout will be number 1 in WAR (6.8), with Fernando Tatis Jr. placing 14th with 4.4 WAR.  While few will dispute the choice of the 29-year-old Trout to lead baseball in WAR, at 22, Tatis Jr. has barely begun to demonstrate his unique talents. Thanks to those talents and his personality Tatis Jr. became the youngest player ever to grace the cover of MLB cover The Show 21.

The game has changed. See how Fernando Tatis Jr. is rewriting the rules of baseball. Pre-order MLB The Show 21: https://t.co/Z3yPsTrMm0 #MLBTheShow #OwnTheShow pic.twitter.com/DKNjAt6OWK

While intriguing, these early predictions could mean next to nothing as they tend to be based on last season’s results.  A 60-game season can in no way be compared to the usual 162-game grind.

However, last year the San Diego Padres performed at a high level in the midst of a pandemic with a rookie manager and major roster changes.  Who knows what could have happened if Dinelson Lamet and Mike Clevinger hadn’t sustained injuries which prevented them from pitching during the playoffs?

Baseball has been a part of Diane's life since her father played professionally (mostly at the minor league level). She has written for a number of publications and concentrated on companion animal welfare. She welcomes the opportunity to write about the sport she loves. Diane shares her home with her husband and a house full of rescued animals.
Tags: Fernando Tatis Jr., Jayce Tingler, Manny Machado, Mike Clevinger, MLB, MLB 2021, Padres 2021, Padres MLB, PECOTA Padres, San Diego Padres