Despite winning 12 games in a season for the first time in school history in 2021, a blowout loss at home to Utah State in the Mountain West Conference Championship Game kept SDSU from reaching its main goal.

When a large group of players decided to utilize their COVID exemptions and return for super senior years, most spoke about “unfinished business” pertaining to winning a conference championship as a main factor.

Despite a disappointing 2-3 start to the 2022 season that saw quarterback controversy and a change in offensive coordinator and quarterbacks coach, the Aztecs fortunately still controlled their own destiny to win their 22nd conference championship.

Two consecutive wins over the worst teams in the West Division kept the Aztecs in control of that destiny given their upcoming games against the two teams they were tied with at the top of the division.

A win last night at Fresno State would not only keep SDSU’s destiny in its hands but put them in the driver’s seat to represent the West Division in the conference championship game for the second straight year. In that scenario, they could have even lost one of their remaining four games and still won the West Division as long as that loss was not against San Jose State or UNLV.

After blowing an 18-point lead and losing 32-28 to Fresno State, those conditions are no longer afforded to SDSU. They now face an uphill, but not impossible, battle to make it to the conference championship.

Here are the current standings in the West Division.

Based on their 0-5 record, Nevada is mathematically eliminated from contention. While Hawai’i is still, technically, in the race, given the numerous scenarios that would have to play out for the Rainbow Warriors to win the division, their chances are highly unlikely.

That leaves four teams within one game of each other. Here are the four remaining games for each. 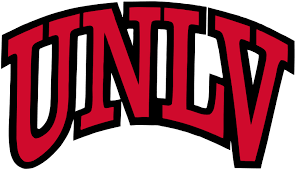 In this scenario, the Aztecs finish 6-2, one game ahead of the 5-3 Bulldogs. Even if San Jose State finishes 6-2 as well, the Aztecs would hold the tie-breaker given their victory over the Spartans.

If Fresno State only loses one of its four games and finishes 6-2, they would hold the two-way tiebreaker over San Diego State given last night’s victory and any three-way tiebreaker with SDSU and SJSU due to its 2-0 record against the two other teams.

Therefore, the Aztecs need the Bulldogs to lose two games to have a chance at winning the division.

There are plausible scenarios where the Aztecs win three of their remaining four games and still win the division, but those seem unlikely given the amount of help they would need outside their control.

It would still require the Bulldogs losing at least two games and the Aztecs’ loss not being against UNLV or San Jose State in order for any three or four-team tiebreaker scenarios at 5-3 to fall the Aztecs’ way. This would also require the Spartans to lose another game in addition to one against the Aztecs.

Simulating all the potential scenarios with half the conference season remaining could make one’s head spin. Each completed week over the next four, though, will make the picture clearer.

For San Diego State, all they can control at this point is going 1-0 each week for four weeks and see where the chips fall. At the very least, winning at least two games to become bowl-eligible should be paramount in the overall success of the program.