When the Padres signed Cory Luebke to an extension in March of 2012, hope sprang eternal for fans and the organization alike.

The extension guaranteed the left-hander $12 million dollars, with a chance at earning $27.5 million if both his player options were picked up. If all went well, the extension would last through 2017. Luebke, drafted 63rd overall by the Padres in 2007, figured to be in the rotation for quite a while following a really dominant season.

In 2011, the lefty threw 139.2 IP, struck out more than a batter per inning, and registered a 3.29 ERA to go along with a sparkling 2.93 FIP. Not only that, but he was worth nearly 3 wins (2.7 WAR) in only 17 starts! Heck, if he had enough qualified innings, his K/9 (9.92) would have been fourth best in all of baseball, and better than fellow southpaws, Cliff Lee, Clayton Kershaw, and David Price. Adding to the excitement of the signing was the fact that, earlier in the off-season, the Padres had also extended outfielder Cameron Maybin and catcher Nick Hundley. It really felt like the organization was starting to make a turn for the better.

The following year, Luebke started five games for the Padres during the first month of the season. He was pretty good, too. The strikeouts were down, but the ERA (2.61) was fine and all seemed well. Then, against the Phillies on April 21, Luebke’s season (and really, career) came to a screeching halt. In a dominant start in which he out-dueled Roy Halladay and threw eight scoreless innings, he felt something in his throwing arm that “felt a little off.” You can actually see him shaking his arm a few times during this video. Something was not right. He reported the feeling after his next start and was promptly shut down. A month later, it was decided that he was to have Tommy John surgery.

“We’re going to back him off throwing for a while.”

Bud Black is optimistic about Luebke’s chances to get back to action in 2014’s Spring Training, however:

Right before Spring Training, Luebke reports even more soreness. Doctors check on him in San Diego and give him an MRI. The results? UCL tear. Another Tommy John Surgery, 22 months after the first one. Apparently, the tendon graft never repaired following the surgery. After Luebke went under the knife again, all parties involved were hoping for better results:

“I just had a meeting with Dr. [James] Andrews to go over the surgery, and both sides are pretty happy,” said Luebke, who underwent the elbow-reconstruction procedure in Pensacola, Fla. on Tuesday. “They were pretty optimistic.”

The road back from the second Tommy John surgery was just as rough as the first for Luebke, who, in July of 2015, decided to undergo one more minor elbow surgery. He concluded his season rehabbing in Arizona, but the Padres declined his $7.5 million option at the end of the season and instead paid the $1.75 million buyout. Luebke seemed to have some aspirations of returning to San Diego, but the feeling was not really mutual, and nothing materialized.

Luebke, now 31, signed a minor league deal with the Pirates in 2o16, and made the roster out of camp as a reliever. It was a great story, but it turned out to be short-lived, as he struggled to have any success out of the bullpen (9.35 ERA in 9 relief appearances, including 11 walks). He was DFA’d, cleared waivers, and signed with the Marlins, where he bounced around a few minor league levels to end the season.

Coming into 2017, he signed a minor league deal with the White Sox, and actually looked decent in Spring Training. He struck out six batters in 9.1 IP and was sent to AAA Charlotte to start his season. He ended up being placed on the DL for about a month to begin the season with a hamstring injury. He returned a week ago, making one start and one relief appearance. His final professional appearance came last Thursday in a start against the Gwinett Braves, where he struck out three in four innings of 2-run ball.

Cory Luebke retired on Monday, ending a 9-plus year career in which he was a member of four organizations. In an era where recovering from Tommy John surgery seems to be the norm, Luebke was the exact opposite of that. You have to feel terrible for him. He had it all… great looks, a great arm, a great attitude, and he loved being a San Diego Padre. If he could have just stayed healthy… who knows where he could be right now. He just failed to hit the lottery when it came to health, and was exceptionally unlucky when it came to Tommy John surgery.

But, enough of that. Cory Luebke, for the short time he was pitching as a member of the Padres, was great. 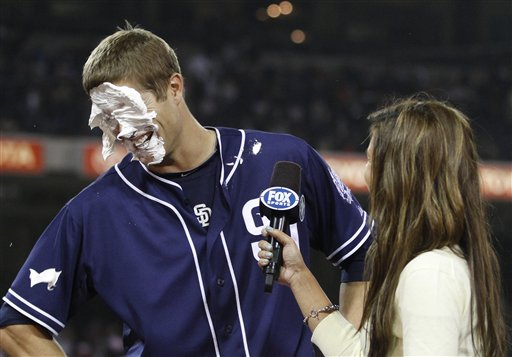 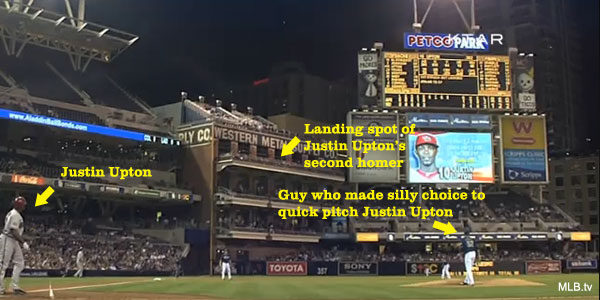 Thanks, Cory. You will always be a San Diego Padre.

Best of luck in your next life adventure!