The Tijuana Xolos will have a tough task Friday at the Estadio Caliente, as they will face fourth place Monterrey in what should be a great match.

Club Tijuana is currently in third place with 13 points, just ahead of Monterrey who also has 13 points. The Xoloitzcuintles slight advantage is only because of goal differential.

Club Tijuana is most recently coming from a mid-week 1-0 victory against second division side, Correcaminos UAT, in the Copa Corona MX competition. The result in week 7 of the Liga MX was not so kind, as the Xolos tied 3-3 with Pumas UNAM. While the result was a positive one, coming home with a point from Mexico City, the Xolos blew a 3-0 lead in just 17 minutes. The border-city side had a 3-0 lead in the 65th minute, and by the 82nd minute it was 3-3. Pumas UNAM got three goals in 10 minutes, from the 72nd minute to the 82nd minute. Despite the result, the Xolos are still on a positive run, winning four out of the last six, only losing once in that run and scoring 16 goals. Aviles Hurtado has been the main contributor to those 16 goals, providing four goals and three assists.

Home-field advantage is, of course, a huge factor for Miguel Herrera and the Xolos. The Aztec Canines have only lost twice at the Estadio Caliente in the Apertura and Clausura tournaments for this season. Most recent was a 2-1 loss against Club Necaxa, which was really a game in which the Xolos defeated themselves, wasting plenty of opportunities. Club Tijuana’s real enemy this tournament has been themselves, wasting opportunities and, of course, falling under pressure. The two losses the Xolos suffered have been because of several wasted opportunities. And of course the self-destruction that occurred against Pumas in the 3-3 draw as well. The Xolos must be in full concentration to get a positive result against a very tough opponent. 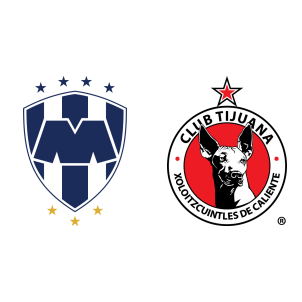 Antonio Mohamed is a name that every Tijuana Xolos fan will know. The Argentine manager is the man who led the Xolos to their first and only Liga MX title in the Apertura 2012 tournament. ‘El Turco’ is now the skipper for Monterrey and has been doing a fine job with the team. Another member of the Apertura 2012 team also on Monterrey is fullback, Edgar Castillo, who is now reunited with Antonio Mohamed at Monterrey. The ‘Rayados’ are in fourth place in the Liga MX Clausura 2017, just behind the Xolos by goal differential. While Miguel Herrera’s side have achieved 16 goals and allowed 11, Monterrey has scored 11 and allowed seven goals. Monterrey still presents one of the most imposing offenses of the competition with players like Edwin Cardona, Rogelio Funes Mori, Dorlan Pabon, and Carlos Sanchez. Pabon is the current top goal-scorer in the Liga MX with five goals so far. The ‘regios’ also have a strong midfield, with Jesus Molina leading the way with two goals, and a strong defense, with 19-year-old Cesar Montes as the standout player. Antonio Mohamed like Miguel Herrera will adapt his style of play depending on the circumstances. His experience managing the Xolos with the synthetic turf and noisy crowd of the Estadio Caliente could be a big advantage for Monterrey in this game. It will be interesting to see how Monterrey does in the encounter and how the fans react to Antonio Mohamed and Edgar Castillo in the game.

The Xolos have had some serious problems against Monterrey in the Liga MX. The two teams have faced each other 11 times in regular season play. The teams have tied four times. Monterrey has won six of the encounters, and the Xolos have only won once. The lone victory came at the Estadio Caliente in the Clausura 2014 tournament. The Xolos have been outscored by the ‘Rayados’ as well. The Xolitcuintles have scored 14 goals in the encounters while Monterrey has scored 21. Safe to say history does not favor the home team in this match-up. But of course the Xolos are not a group that is bothered by history, especially not head coach, Miguel Herrera. It will be interesting to see how the Xolos do against this tough opponent.

One of the most underrated players on Club Tijuana is defensive midfielder, Guido Rodriguez. The 22-year-old, at his young age, controls the Xolos’ midfield both defensively and going forward as well. The Argentine has had a solid campaign with the border-city club having two goals in the last three weeks. Guido has been as clinical as it comes, getting the two goals with only three shots on goal in the tournament. The 6-foot-1 man has controlled the midfield for Miguel Herrera with a 77.2 percent pass accuracy and has recovered the sphere a total of 148 times in that holding midfield role. Rodriguez is the glue that holds this Xolos team together and should be one to watch in this match.

They are both Colombian, they are both 29-years-old, and they are both crucial to their team’s success, starting off with Tijuana’s Aviles Hurtado, who has four goals and three assists in this tournament. Dayro Moreno is not missed by Xolos fans, now that Aviles Hurtado has replaced the former goal-scorer quite nicely. Apart from his rapid pace that can best anybody, Hurtado is a tactician who will pick out beautiful passes to create opportunities as shown by his three assists. It is quite evident that the Xolos would not be serious contenders had Aviles Hurtado left the Xolos in the off-season.

Now onto Monterrey’s Dorlan Pabon. The Colombian forward is one of the best players in the Liga MX. He is not only the top goal-scorer for Monterrey, he is also the top goal-scorer in the Liga MX, with five on the tournament. Pabon is vital to Antonio Mohamed and Monterrey as he has been the only goal-scorer in Monterrey’s last two victories. Pabon scored once against Pachuca in week 7 to secure a 1-0 win for the ‘Rayados’. He also scored the two goals in the week 6 encounter against Pumas UNAM, where Monterrey won 2-0. Without Dorlan Pabon, this team may have had two points in its previous two games, rather than six. The goal-scorer is not like Hurtado, even though he does possess rapid pace like his countryman. Pabon is a clinical finisher, but he will not provide the vision and passes that Avilles Hurtado can provide. Nevertheless, he is still vital to Monterrey’s success. It is almost certain that if Monterrey do get on the score sheet in this game, Dorlan Pabon will have to do something with it.

This game should be one of the best of the tournament, and certainly of this week 8 of the competition. The two teams have been classified by the fire power they bring, so a lot of goals are expected in this game. The prediction for this game is a solid 2-2 draw with Dorlan Pabon providing the two goals for Monterrey, and Aviles Hurtado and Guido Rodriguez proving the goals for the Xolos. This game is a must-watch for the Xolos in this tournament. Make sure to watch the game at the stadium or on Azteca America and remember to hit that SAP button if you are in San Diego county to enjoy the game in English if you prefer it that way. Fuerza Tijuas!