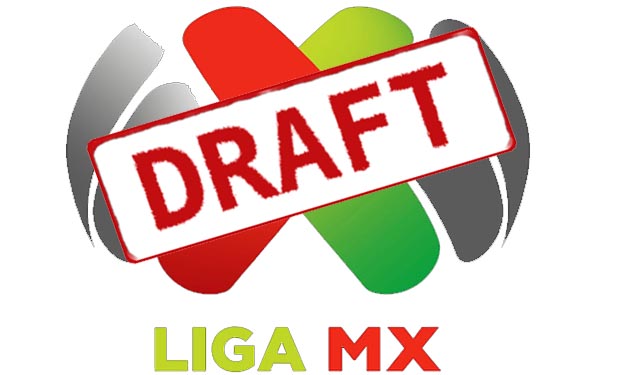 The first of two days of the Liga MX Draft ahead of the Clausura 2018 competition kicked off this Wednesday.

Of course, this is not the standard definition of a draft seen in other major sports. This is a gathering between Liga MX teams to make transactions within the league before the start of the next tournament. Teams can only buy and sell players within Mexico in these two days, but have until Jan. 31 to hit the international market. The Tijuana Xolos had a very active first day of the draft as two players joined the club and three departed it.

The first transaction of the day was a minor one as fullback Omar Mendoza joined Club Tijuana from Cruz Azul. He had been a decent player for a few tournaments now, but did have a very rough Apertura 2017, and it is unclear how he will do with the Aztec Canines. The Xolos do need a player to fill in that right back slot as the aging Juan Carlos Nunez is on his way out of the team and Matias Aguirregaray can prove to be very inconsistent. Mendoza can be consistent and is a Mexican-born player, which is a huge plus when considering the 9/9 rule. If anything, the 29-year-old defender can prove to be a decent role player off the bench for Diego Cocca.

The big transaction that went down this Wednesday for the Xolos was a four-player swap deal with Club America. The border city side received experienced centre-back and ex-Xolo Pablo Aguilar, while the Mexico City team received Emanuel Aguilera, Joe Corona, and Henry Martin in the deal. While the deal at first glance may seem a bit lopsided as Xolos had to give up three players for just one, it was actually a tremendous deal for Club Tijuana.

Joe Corona and Henry Martin were both consistently on the bench in the Apertura 2017, while Aguilera is coming off his worst Liga MX tournament ever. Aguilera was a consistent starter this past season and had been a very consistent defender over the past few seasons, but really fell off in this past Apertura 2017. The Argentine defender did start off the tournament decently, but ended it as arguably one of the weakest points of the team. Joe Corona and Henry Martin were role players at this point in their careers and it did not seem like Diego Cocca was going to give either a chance to start consistently.

In return, the Aztec Canines received easily one of the top five centre-backs in the Liga MX, Pablo Aguilar.

The Paraguayan defender first came to Mexico in 2012 with the Tijuana Xolos, where he found instant success being a fundamental part of the Apertura 2012 championship winning team. Aguilar left the border city in 2014 to join Club America, where he also found success being part of a championship team for Las Aguilas in the Apertura 2014. Aguilar had become a fan favorite among Americanistas as he had been a leader on the team and even wore the captain’s armband on a few occasions. The 30-year-old isn’t the tallest at 5-foot-11, but is a very gifted defender that can masterfully read the play. The Paraguayan international is also very good at going forward as he possesses an incredible jumping ability that is very useful on set-pieces. It wouldn’t be surprising at all to see Aguilar wear the captain’s armband in this upcoming season with the Xolos and really take command of the defense and team that clearly needs some leadership.

Francisco, 21, Chula Vista area, Journalism student at Southwestern College. I have been a Padres fan all my life, did most of the series previews and recaps in the Padres' 2016 season for EVT. Now I focus more on the Tijuana Xolos soccer team, get press passes for every home game and write consistently about the team for EVT.
Tags: 2017 Liga MX Draft, Clausura 2018, Clausura 2018 Liga MX, Liga MX, Liga MX Draft, Tijuana Xolos