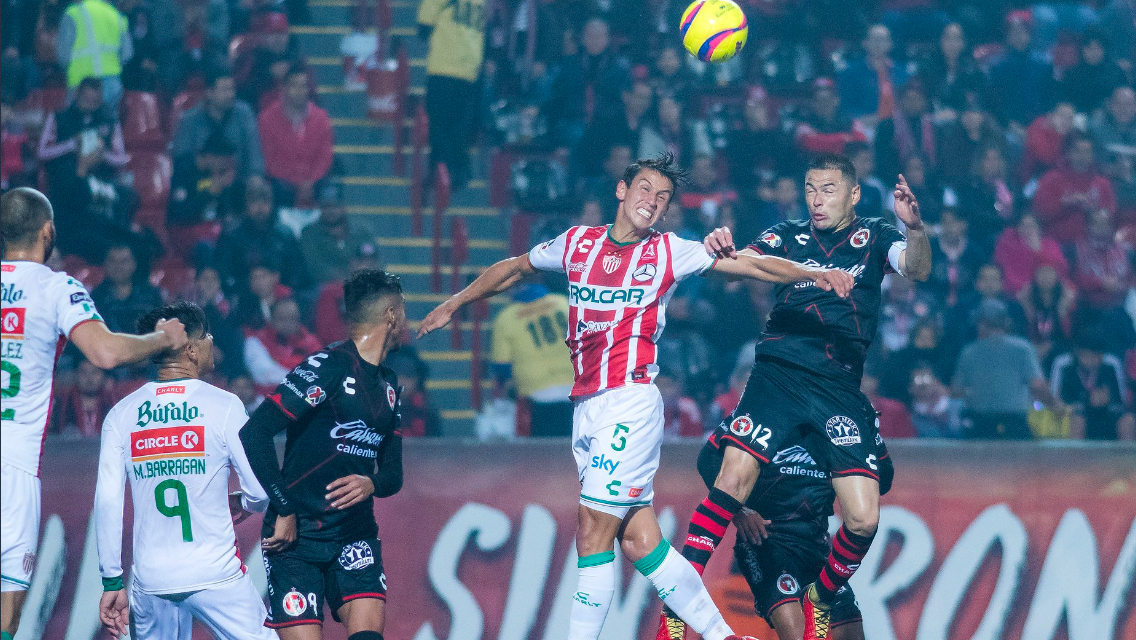 On Friday, the Tijuana Xolos had their first home game of the Clausura 2018 season, hosting Necaxa at the Estadio Caliente.

It was a cold night in the border city as over 20 thousand fans filled the Mictlan hopeful for a positive start to Diego Cocca’s tenure at the club. The Argentine manager achieved this with a bit of luck and heroics from goalkeeper Gibran Lajud.

The game itself was not the most exciting encounter, as expected with Necaxa’s tendency to stay back and hope for successful counter-attacks. The lone goal of the match came in the 23rd minute as Luis Chavez rifled a shot from about 30 yards out that somehow managed to beat Marcelo Barovero. The Necaxa goalkeeper was at fault for the goal that was conceded as he could have done much more to save the shot that did not seem too powerful.

Gibran Lajud was crucial for the border city dogs with three crucial saves and Club Tijuana had a bit of luck as well. In the dying minutes of the game, Necaxa managed to put the ball in the back of Xolos’ net, but the goal was called offside. Upon further review, there was no offside present and the game should have ended in a 1-1 draw.

Man of the Match: Gibran Lajud

The Mexican goalkeeper shone for a second consecutive match, proving that he deserves his role as the man in between the sticks for Club Tijuana. Lajud had three crucial saves that ultimately helped the Xoloitzcuintles get the three points in this game. If the 24-year-old keeper can stay consistent with his incredible form, the Aztec Canines should easily make the playoffs.

Diego Cocca implemented a 4-3-3 formation when attacking the opposition and a 4-4-2 when dropping back. Ignacio Malcorra was playing more of a free-roam role – Musto was sitting back deep and Luis Chavez was playing a box-to-box role in the midfield. In the attack, Gustavo Bou played as a left winger with Lucero as the target man and Juan Iturbe on the right wing.

These moves were very interesting and really benefited the team going forward, looking much more aggressive and creative than in the season-opener against Cruz Azul. The formation switch was a great sign as it demonstrated that Diego Cocca is willing to adapt based on his opponent, something that Eduardo Coudet struggled to do. Cocca is off to a tremendous start with Club Tijuana to start the Clausura 2018 with four points from the first two games and the team is showing signs of gradual improvement as well.

Francisco, 21, Chula Vista area, Journalism student at Southwestern College. I have been a Padres fan all my life, did most of the series previews and recaps in the Padres' 2016 season for EVT. Now I focus more on the Tijuana Xolos soccer team, get press passes for every home game and write consistently about the team for EVT.
Tags: 2018 LIGA MX Clausura, Liga MX, Tijuana Xolos, Tijuana Xolos vs Necaxa, Xolos Liga MX, Xolos Soccer, Xolos vs Necaxa