Last week, I wrote about Zach Lee, a former top-100 prospect whom the Padres claimed off waivers from the Mariners in December.

The “Spring Training Preview” rolls on with a look at Tyrell Jenkins, another top 100 prospect who the Padres also claimed, on January 3, off waivers from the Cincinnati Reds.

The 24-year-old right-hander was drafted 50th overall out of high school by the St. Louis Cardinals in the 2010 draft.

Jenkins was a multi-sport high school star, playing football, baseball, and basketball while also running track. Prior to signing, Jenkins had a pretty strong dual commitment to Baylor University to play baseball as well as football. That commitment was a large reason as to why Jenkins fell to the compensatory rounds in the June draft.

Much like his current spring training teammate Zach Lee (who turned down a chance to play QB for LSU), Jenkins ended up forgoing his college commitment (and a chance at following in Robert Griffin III’s footsteps as a dual-threat QB at Baylor) to sign with the Cardinals for $1.3 million dollars early in August 2010.

In 2012, Jenkins was named as a top-100 prospect by Baseball America, and was invited to spring training for the first time in his career. The Cardinals’ brass decided to bump him up from rookie ball to A-ball to pitch for the Quad Cities River Bandits. As a 19-year old in A-ball, Jenkins had an up and down, injury-filled season. 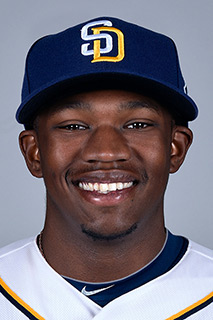 Early on, he experienced bicep tenderness. Although he was not placed on the DL, he was just skipped every so often in the rotation. In June, he was finally placed on the 7-day DL with shoulder soreness and ended up missing 24 days. In August, after finally putting up a string of three straight solid starts, the Texas native was shut down for the rest of the season with a strained lat. All in all, Jenkins started 19 games, registered 82.1 innings, and had an ERA of 5.14. This ERA, however, was a bit misleading. Jenkins was BABIP’d to the tune of a .336 clip and had a FIP of 3.63. Although it was not the breakout season that people expected, in the large scheme of things Jenkins did not perform too poorly as a 19-year-old in A-ball.

Injury-wise, 2013 was a lot like 2012 for Jenkins, He just could not stay healthy. He started his season in Quad Cities and was promoted to Peoria in June. His stint in Peoria ended abruptly after a start in August where Jenkins felt pain in his shoulder. This shoulder pain ended up being the same lat issue that had hampered him in 2012. Surgery was needed, and Jenkins had surgery to replace his latissimus muscle in his throwing shoulder in August, expecting to miss 6-8 months. A pain-filled season ended with a total of 13 starts and a 4.70 ERA.

Tyrell Jenkins entered 2014 still recovering from his surgery. He was not activated until June 17. On that same date, finally pain-free, Jenkins threw six hitless innings for Peoria. He could have gone longer and attempted to complete the no-no, but was removed from the game and pinch-hit for in the middle of a seven-run inning. More important than the no-hit outing was the fact that Jenkins was finally able to pitch healthy again, and did he ever. He finished the year 6-5 with a 3.28 ERA in 74 innings, registering his lowest WHIP as a professional. Jenkins then went to the Arizona Fall League, where he arguably had his most impressive couple weeks since being drafted. He had a 2.22 ERA in 24.1 IP, but perhaps more intriguing was the stuff he showed, wrote Kiley McDaniel at the time for FanGraphs:

Jenkins sat 92-94 and hit 96 mph, flashing above average fastball life at times, with an above average 80-83 mph hard curveball and a changeup at 81-84 mph that’s average when he keeps it down in the zone. He’s incredibly athletic, his velo has been even a tick higher and the breaking ball has flashed plus at higher velocities, so there could still be even more in the tank than what I saw.

Fresh off his Arizona Fall League performance, Jenkins was promptly traded in the offseason along with Shelby Miller for RF Jason Heyward and RHP Jordan Walden. The 22-year-old was on his way to Atlanta.

2015 treated Jenkins well. His development was immediately sped up in the Braves’ organization, as he was promoted to Double-A to begin the season. He ended up starting 16 games for the Mississippi Braves in three months, encompassing 93 innings with a 3.00 ERA. He was then promoted to Triple-A Gwinnett, throwing 45.1 innings with a 3.57 ERA. He was placed on the 7-day DL in August with a fatigued shoulder. His K/9 was not too great, either. Nonetheless, he was named as the Atlanta Braves Minor League Organizational Pitcher of the Year, and also finally surpassed the 100 inning mark for the first time as a professional, at 138.1 innings. At this point, prospect boards projected him as a lower-end starter who could end up being a bullpen piece if his stuff did not work out.