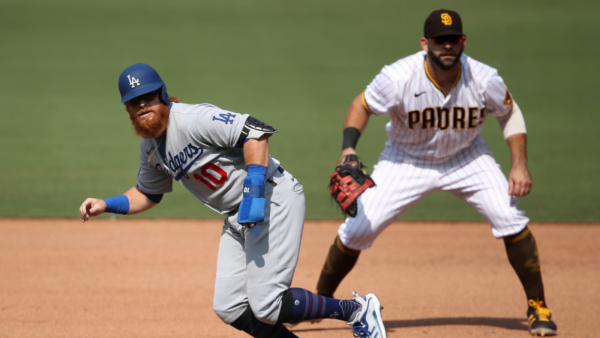 The San Diego Padres are ready to start their Division Series matchup with NL West foe Dodgers despite question marks of epic proportions leaving the team in limbo.

The Padres are heading into their second straight postseason series with plenty of reasons to be confident.  In fact, after the magical way in which they came back to beat the Cardinals to earn their first playoff series win since 1998, there are plenty of reasons for San Diego to be more confident as they prepare to face the best team in baseball.

That confidence is not as easy to maintain, however, when the two best arms in your starting rotation have an unknown status for the series.  The difference between having Mike Clevinger (3-2, 3.02 ERA) and/or Dinelson Lamet (3-1, 2.09 ERA) could be the difference between winning and losing in the NLDS.

Until it is known whether one or both of those two can go, the Padres can’t plan for how to attack a Dodger team that finished the season with the most wins in baseball, including six of 10 over the Padres in the regular season.

Since it is out of the hands of everybody involved, the Padres can only focus on what they can control.

“Do we know how this outcome is going to go? No,” Padres manager Jayce Tingler said about the unknown status of his two pitchers. “But the one thing we know is that we’re gonna lay everything we have out there, and we’ll see where that goes.”

Regardless of whether or not they will have Clevinger and Lamet, the Padres will need to come out against their Los Angeles rival with the energy and focus that they ended things against St. Louis with. The Dodgers have already announced that they will go with young right-hander Walker Buehler in game one, followed by their ace, Clayton Kershaw, in round two.

Though Buehler has been dealing with a blister late in the season and into his first postseason start, he is a scary opponent to have to face off within a game of such significance.  With Kershaw, the Padres will be seeing him after he shut out the Milwaukee Brewers in his first-round start, going eight strong innings and striking out 13 while only allowing three hits.

Offensively, the Padres have plenty of reason for optimism, no matter the pitcher.  Through the three hard-fought games against the Cardinals, San Diego had multiple offensive standouts.

Shortstop Fernando Tatis Jr. started slow, leaving runners stranded in significant opportunities. But once he broke out of his mini-funk with a three-run home run that turned the tide of the series, he was unstoppable.  In all, Tatis Jr. had a .571 on-base percentage, a 1.662 OBP, hit two home runs, and drove in five.

Equally impressive, rookie Jake Cronenworth finished the St. Louis series with a .625 average, a 2.000 OBP, four runs, and much more.

The Padres will again look to find their energy with their biggest strength, their potent offense.  Many guys who didn’t stand out against St. Louis will look to contribute more now that they’re a series into the postseason with some time to settle in.

Regardless of who takes the mound for the Padres at any given time during their five-game series, the team will have to face a scary and experienced lineup that includes right-fielder Mookie Betts, who sets the tone for the Dodgers’ offense in the leadoff spot.  Against the Brewers, Betts had three doubles and got on base at a .500 clip.

There is no way to know who will officially be on the Padres’ NLDS roster until they officially submit it, which will likely be as close to the 8 a.m. deadline on Tuesday as possible.  If either Clevinger or Lamet are included on the roster, the Padres will have a much better shot than if their two aces are left off the NLDS squad.  Especially given the grueling schedule of the series that calls for a potential of five games in five days.

That is a stressful scenario for any team to have to prepare for.  Given the fight and creativity, Tingler and the players were able to display already, however, the attitude of overcoming anything thrown their way has a very valid reason for being a factor in the team’s focus.