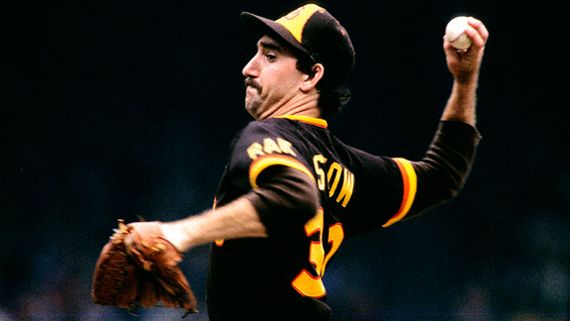 Of all the players who have worn a Padres’ uniform, one of the more prominent players talked about the least is Eric Show.

The reason for the lack of attention given to Show could be due to his life outside baseball. He was a controversial figure, often viewed today as a tortured soul who struggled with drug addiction and the remnants of a childhood filled with emotional, psychological, and physical abuse during his baseball career.

However, what Show did for the Padres should not be overlooked or forgotten. Show leads the franchise in wins with 100. He has more wins than Randy Jones and Jake Peavy, two Padres’ pitchers who have won the Cy Young Award.

The purpose of this piece is to take a look back at the life and career of Eric Show.

Show was born on May 19, 1956, in Riverside, California. His father, Les Show, was brought up in a tough environment in Pittsburgh, and he gave Eric a tough upbringing, according to family interviews conducted by Tom Friend in a piece he wrote for Outside the Lines. The piece is entitled “The Tortured Life of Eric Show,” published to espn.com on Sept. 11, 2010.

In Friend’s piece, Eric’s sister, Leslie Show, gives an account about Eric being abused in front of family and friends. His anger was over Show losing his cool during a game, making bad pitch selections, or giving up a long ball. Show’s father was determined to make him into a professional athlete.

He was originally drafted in 1974 out of high school by the Minnesota Twins. Instead, he went to college. He attended college at the University of California-Riverside, and was a pitcher for the university’s baseball team, while studying physics.

Throughout Show’s career, he was known around the clubhouse for not just his pitching ability, but also for his intellect. It is said that Show liked to discuss both politics and economics.

The right-handed hurler made his major league debut in 1981. Show pitched 23.0 innings over 15 games in his first year with the Padres, posting a 1-3 win-loss record with a 3.13 ERA. He also recorded three saves.

However, the postseason wasn’t as great for Show. He lost Game 1 against the Chicago Cubs in the NLCS. He started the decisive Game 5, but was yanked early after giving up a couple of bombs.

Show had a tendency to fall apart when things weren’t going right on the mound. Could he have been haunted by all the things his father said to him when he was young? Maybe. It’s certainly a possibility.

Show didn’t make a lot of close friendships on the team, mainly because he didn’t share common interests with teammates. Show was big into educated discussions, and read Ayn Rand. However, he did become close friends with Dave Dravecky and Mark Thurmond.

The first bit of controversy surrounding Eric Show started when he and his two companions were seen working at a John Birch Society booth at a fair in Del Mar. The three were labeled as racists by members of the media.

However, his participation with the John Birch Society soon would be overshadowed by another incident. In September 1985, the Padres visited the Cincinnati Reds during a road trip. Reds’ star, Pete Rose, was tied with Ty Cobb for career hits with 4,191. 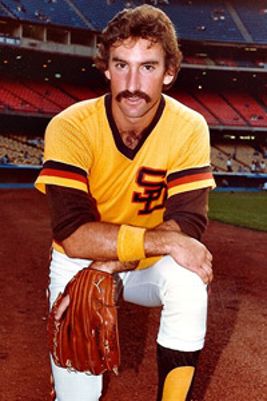 Show pitched the third game of the series, on Sept. 11, 1985, and he was the infamous pitcher who gave up the record-breaking hit to Rose.

The Reds congratulated Rose with a long ceremony on the field. However, the attention was taken away from Rose and was directed at Show. He suffered from back soreness throughout his career. While experiencing back stiffness while standing on the mound for so long, he sat down. He sat on the mound and gave off a vibe that he didn’t want to be there. That didn’t sit well with his teammates, who let him know how they felt after the game.

In 1986, one year removed from the sitting incident, Show was wrapped up in controversy again. The Padres played a game at Wrigley against the Cubs on July 7.

Andre Dawson hit a home run off Show in the first inning. Dawson came up to bat again in the third inning, and Show hit him in the face with a fastball.

Members of the Cubs charged out of the dugout. Dawson, infuriated with what had happened, chased Show around the infield. Show was removed from the field for his own safety.

He wrote an apology letter to Dawson for what had happened, which Dawson didn’t accept. Show’s membership with the John Birch Society again became a discussion, as some people speculated that hitting Dawson with a pitch was racially motivated.

He had back surgery and missed a significant portion of the 1989 season. He wanted to return in 1990, but a return would be difficult without some kind of drug.

Getting amphetamines was only possible through a prescription, which Show didn’t have. A family member introduced him to crystal meth. 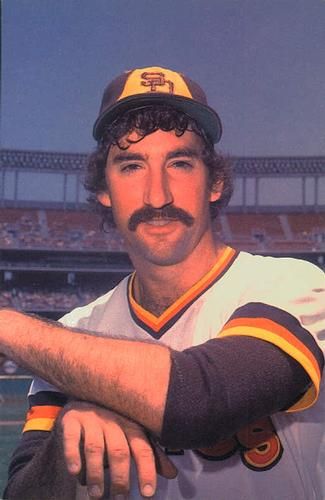 Having the most wins in franchise history didn’t matter. The Padres parted ways with Show after the 1990 season. He signed with the Oakland Athletics in 1991, but his drug use was still a huge problem. He was released by the Athletics in 1992.

Show entered rehab in an attempt to not only turn his life around, but also to save his marriage. Rehab didn’t do much good. He was still using crystal meth and cocaine.

His downward spiral continued in 1994. He kept going to rehab, later leaving only to relapse. Things hit rock bottom when his wife, Cara Mia Show, told him she wanted a divorce because of Show’s drug use. He made one last attempt at rehab, but it was too late.

The day before he checked into rehab, he did what is called a speedball, a concoction of both heroin and cocaine. On March 16, Show was found unresponsive in his bed. The toxicology report revealed that his death was caused by acute morphine and cocaine intoxication.

Show was a talented pitcher, and a talented musician. He learned guitar at a young age and played while he was in Major League Baseball.

His wife laid both a baseball and his guitar in his casket before he was buried. He was laid to rest with the two things he was good at during his life.

Show’s talent on the mound was overshadowed by so many things: sitting on the mound, the John Birch Society, not fitting in with teammates.

Perhaps if his father had made peace with him after he became an adult, that may have changed the outcome. Making peace was one thing that Show wanted, but his father wouldn’t give him.

Show still has the most wins in franchise history, but isn’t celebrated. We still talk about Steve Garvey, Nate Colbert, Jake Peavy, etc., but Show is never mentioned. Perhaps we should look past all the negativity and controversy and celebrate his accomplishments on the mound, and winning 100 games for the San Diego Padres. That in itself is quite an accomplishment.

Mike is the sports editor for the Fayette Advertiser, and has been with East Village Times since 2015. His work has appeared on Bleacher Report. He is an avid Padres fan who is keeping the faith and trusting the process.
Tags: 1984 Padres, Eric Show, Eric Show Padres, Padres all time win leader, Padres History, San Diego Padres

8 thoughts on “The Troubled Talent That Was Eric Show”