The San Diego Chargers had their home opener last Sunday and is was everything that the fans were hoping for. The Bolts put up an electrifying performance in all three phases of the game and the Chargers demolished the Jacksonville Jaguars 38-14 in a game that was pretty much over in the first half.

This week the Chargers travel to Indianapolis to face the desperate Colts. Many believe the Chargers should be 2-0 and they should be if it wasn’t for a second half collapse in K.C.

On the other hand a lot of analysts and pundits proclaim the Colts might be the single biggest disappointment through two games. After all many (myself included) penciled them as sure-fire division winners.

So like we do every week, we’ll take a look at the strengths and weaknesses of the Indianapolis Colts.

Let’s get the obvious out-of-the-way early. Luck is the only reason the Colts have a chance of turning their season around. Yes, I know sometimes he gets too careless with the football, but there’s no doubt that this franchise revolves around Luck’s right arm. He can make every throw in the book and is also deceptively athletic which is something the Chargers need to be careful with. Ever since Andrew Luck came into the league, he has delivered on the potential we all saw when he was a star in college. The Colts don’t have a very deep roster and some believe that if it weren’t for Luck they would be as bad as the Cleveland Browns.He is truly the face of the franchise.

Hilton is a bit of a one trick pony, but boy he does that trick very well as he can “take the top of the defense” at any moment in the game.It’s gonna be interesting to see if Jason Verrett can lock him down like he did with Allen Robinson. The Colts lost Donte Moncrief for 4-6 weeks with a shoulder injury so Hilton will be of most importance to the team. Look for Luck to try to get the ball to Hilton but the stingy Chargers defense will likely be shadowing the speedster.

Don’t laugh. I know he’s old and he doesn’t have the leg he once did, but Vinatieri is still a reliable kicker from 45 yards and in. I know that kickers usually don’t get mentioned as a strength but this roster is really messed up. If the game is on the line, you do not want Adam Vinatieri with a chance to kick the game winner. He has proven over the years that he has ice water running through his veins. 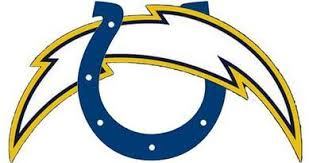 To say this guy has done a terrible job would be a compliment. He lucked into Luck (pun intended) and has done very little to put the pieces around him to make this team a serious Super Bowl contender. He has also missed time and again with his draft picks (Werner, Dorsett, Hughes) and somehow he keeps his job.

It’s said that if you want to win at the NFL level, you have to block and win at the line of scrimmage. This team does neither. Their tackles are journeymen that don’t belong on a roster, let alone protecting Andrew Luck. It is a sad time for Colts fans as Luck will constantly be harassed this season. In my opinion the Chargers will have a field day chasing Andrew Luck, because the front seven should DOMINATE this weak O-Line. Look for multiple sacks and pressures that will result in multiple turnovers.

Just like with the O-Line, this unit lacks a true difference maker. I know that Robert Mathis is a Colts legend, but he’s getting up there in age and can no longer provide the pass rush all by himself. With that, I except Philip Rivers to have a lot time to throw the ball in this game. If he has a ton of time he will eat up the Colts secondary. Home field advantage or not, Rivers will have a big day on Sunday.

All things considered I think the Chargers are gonna keep the Colts reeling. They simply have a superior roster and are playing much better right now, but they shouldn’t look past Andrew Luck either. After all he has a knack for winning games almost on his own. The Chargers will face adversity but should be able to pull out the win on the road.

An Open Letter to Philip Rivers