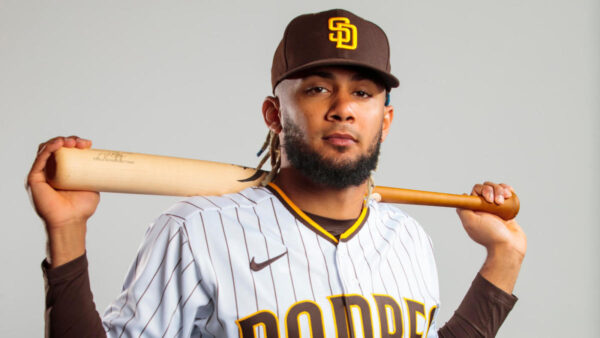 Fernando Tatis Jr. was the most offensively efficient San Diego Padres player from the 2019 season.

Offensive Efficiency Rating (OER) is a metric specifically catered to measuring the offensive capabilities of position players in Major League Baseball, and how efficient they are in doing so.

This metric only accounts for outcomes on offense, not defense, encapsulating only how a hitter performs in their chances at the plate.

Now, Wins Above Replacement (WAR) is a construct for satisfying the hypothesis above. However, it is only a construct and can be calculated in a myriad of ways. Methods of calculating WAR vary, depending on who you ask. For OER, it is designed to be on a measurable scale of 0.0 to 100.0, with a rating of 100.0 as being highly efficient offensively.

The calculation is also not as arbitrary: simply subtract the cumulative value of all negative outcomes that can come from a plate appearance from the cumulative total of all positive outcomes. Then divide this number by the total plate appearances a player has multiplied by 100. It is important to note that OER will vary amongst position groups and skillsets, as the latter are not distributed equally in the game. It is also critical to point out that players require a minimum of 200 plate appearances in order to garner any formal conclusion of offensive efficiency.

We use players from the 2019 San Diego Padres who are slated to be on the roster for 2020 to show this metric’s effectiveness. These players have also met the prerequisite of 200 plate appearances. In accordance with the table below, the most offensively efficient player in 2019 for the San Diego Padres is Fernando Tatis Jr. Here is the complete list:

With an OER of 32.5, Tatis Jr. is more efficient at the plate than Manny Machado and Eric Hosmer, in the context of 2019.

What is most fascinating about this analysis is that five Padres ranked higher than Hosmer in 2019. While one might argue the Naylor, Mejia, Garcia, and Tatis Jr. had significantly fewer opportunities at the plate to contribute offensively, relative to Hosmer, they contributed more frequently in their opportunities, with greater impact. Another fascinating development from this study is that Austin Hedges had an OER of 5.8. This should be a signal to Padres fans that while his offensive abilities are not as polished, Hedges defense behind home plate is elite, as he looks to replicate his MLB best Strike Rate of 54.1% in 2019 to 2020.

In the era of sustainable winning, proper allocation of resources, all while being efficient in an approach to build an effective, competitive roster, OER attempts to analyze players that consistently contribute to their respective team’s run-scoring success. In the context of the Padres, Fernando Tatis Jr. is a vital component in the franchise’s short and long term plans for team sustainability.

Nicholas Fichtner is a baseball analyst and researcher, and Founder and Editor of The Launch Angle. His previous experience includes working as a Quantitative Analyst with the Northeastern University Huskies baseball program for the 2019 season. While in this role, he worked closely with the coaching staff in developing an analytics department that assisted in impacting overall strategy and player evaluation using advanced data analysis and metrics.
​
Before Northeastern, Fichtner served in previous roles with the Hyannis Harbor Hawks of the Cape Cod Baseball League as an Assistant General Manager consulting on in-game strategy, roster management, and quantitative based player development, and as a Student Director of Analytics with his alma mater, Endicott College and their baseball program. His Thesis, entitled "Free Market Navigation in Major League Baseball," details the development of a highly sophisticated model that accurately predicts free agent player salaries based on various quantitative variables. He currently resides in Beverly, Massachusetts.
Tags: Fernando Tatis Jr., Manny Machado, Padres, Padres 2020, Padres MLB, Padres Tatis, San Diego Padres