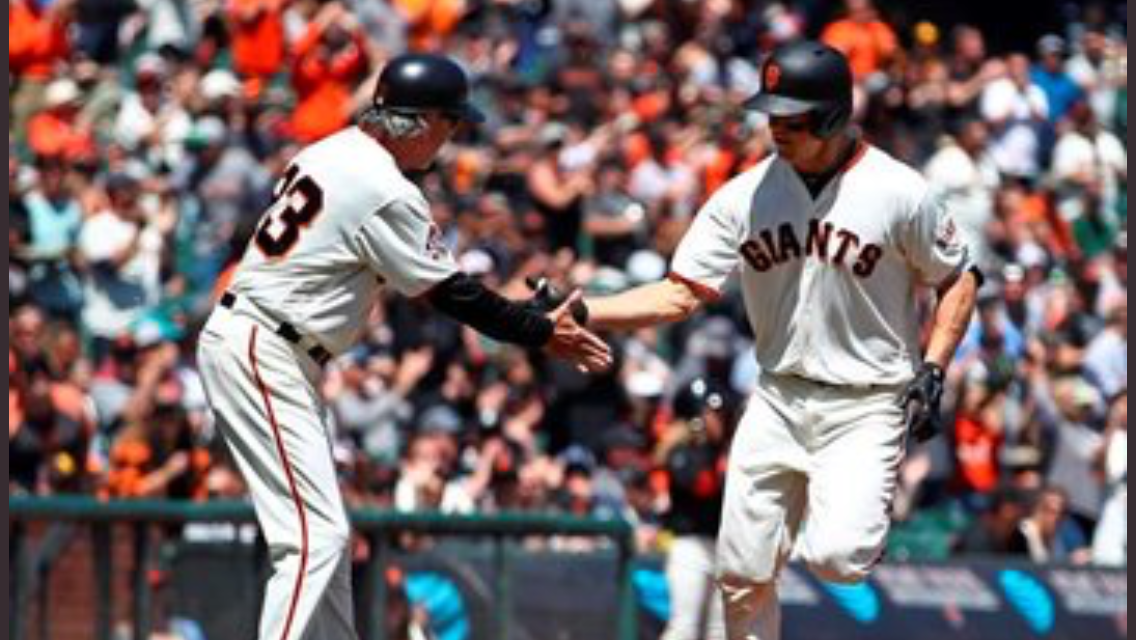 The Padres played respectable baseball the first two games of the series against the Giants in San Francisco. However, in the rubber game, veteran left-hander Clayton Richard gave up seven runs (six earned) on eight hits in just four innings. He threw 101 pitches, only 56 of which were strikes.

A costly error by third baseman Christian Villanueva (on what broadcaster Mark Grant called “a very catchable ball”) did not help in the first inning, in which the Giants scored three. The Padres set the tone for the offense in the first by going three-up, three-down on just 14 pitches from soft-tossing Derek Holland.

In the first game of the series, former Padre catcher Nick Hundley won the game on a ninth-inning walkoff. Today, he continued to haunt his former team with four hits, including a two-run home run. The Padres won the second game 3-2 thanks to a strong start by Tyson Ross, highlight-reel plays in the outfield by Manuel Margot and Travis Jankowski, and a ninth-inning homer by first baseman Eric Hosmer.

Today, reliever Robbie Erlin entered the game in the top of the fifth and gave up two runs on five hits in 1.1 innings. But Jordan Lyles and Phil Maton shut the Giants down for the rest of the game. In the top of the ninth, down by six runs, the Padres’ offense did show signs of life as catcher A.J. Ellis walked, right-fielder Travis Jankowski singled, and Hosmer drove in a run (one of three RBI in the game). However, the effort proved to be too little, too late.

The Giants have a number of key players on the disabled list including Johnny Cueto, Joe Panik, and Hunter Pence. But so do the Padres, who are playing without Wil Myers (for the third time), Austin Hedges, or Hunter Renfroe.

The Padres have to be concerned about Richard’s outing as well as his performance so far. Currently, his record stands at 1-4, and he has an ERA of 6.21 and WHIP of 1.73.

Also concerning is Villanueva’s defense as he made his fifth error of the young season at third. Ironically, MLB named Villanueva, as well as two-way player Shohei Ohtani of the Los Angeles Angels, Rookies of the Month for April. Obviously honored for his offense (.317/.404/.707), Villanueva’s fielding percentage of .902 at the hot corner does not inspire confidence.

After losing the series to the Giants, the Padres find themselves in fifth place in the National League West with a record of 11-21, while the Giants sit in third at 16-15. The home team will travel to Monterrey, Mexico to play a three-game series Friday against the disappointing LosAngeles Dodgers (12-17, fourth place in the division).

Baseball has been a part of Diane's life since her father played professionally (mostly at the minor league level). She has written for a number of publications and concentrated on companion animal welfare. She welcomes the opportunity to write about the sport she loves. Diane shares her home with her husband and a house full of rescued animals.
Tags: Padres, Padres MLB, Padres Vs Giants, San Diego Padres

1 thought on “Framing the Friars: The Giants Win the Rubber Game 9-4”

Baseball has been a part of Diane's life since her father played professionally (mostly at the minor league level). She has written for a number of publications and concentrated on companion animal welfare. She welcomes the opportunity to write about the sport she loves. Diane shares her home with her husband and a house full of rescued animals.