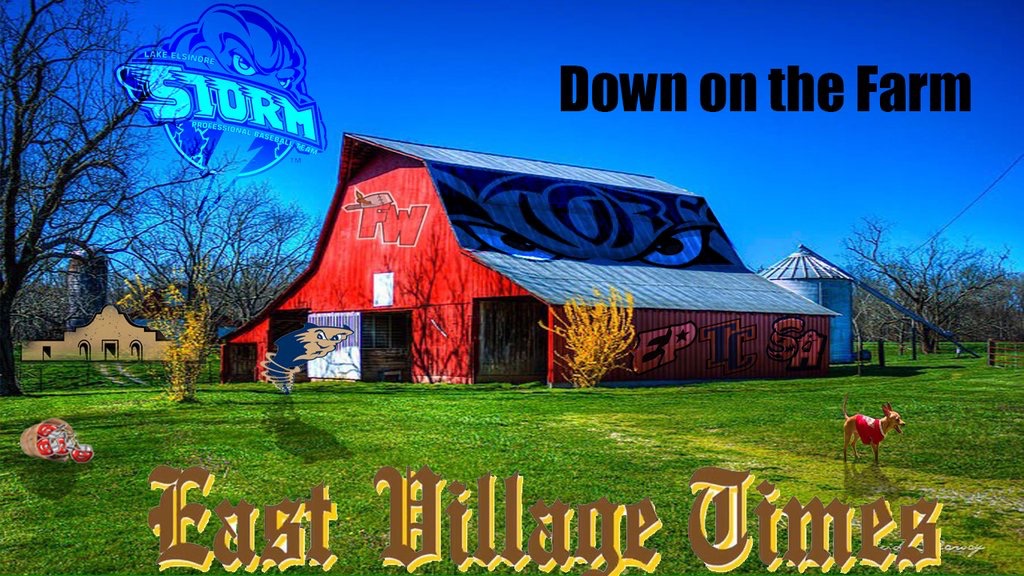 The San Diego Padres affiliates were 4-2 on Thursday. There was rain for El Paso and the AZL Padres team had the night off, so six out of the eight teams played.

Cal Quantrill picked up his first win at the Double-A level as the right hander went six strong innings for the Missions. As usual, the bullpen shut the door. Brad Wieck, Cesar Vargas and Trey Wingenter all pitched a scoreless inning for the Missions in the 5-3 win. The Padres were facing A.J. Puk who is a nasty left-handed pitcher. The team struck out 16 times on the night, but did battle the young hurler. River Stevens had two hits and Stephen McGee slammed a home run in the victory.

The Lake Elsinore Storm were victorious 5-3 as Jake Esch went six innings for the team. Austin Allen continues his hot streak, going 2-4 on the night. A promotion could be in order soon for the catcher. Rod Boykin continues to rake in the California League. He hit a home run, a double and stole a base. The outfielder is someone to keep an eye on.

The TinCaps had bad weather, but the team was able to complete nine innings. Jim McDade was roughed up, allowing three runs and five hits in four innings. Wilmer Torres had a worse night, as he failed to record an out, while giving up three earned runs for Fort Wayne. Hudson Potts and Buddy Reed hit homers in the 9-7 loss. Fernando Tatis Jr. had the night off so nothing from this phenom.

In Washington, the Dust Devils squeaked out an 8-7 victory as Tre Carter and Kevin Melean both had great offensive nights. Carter went 4-6 and Melean went 3-5 as the Dust Devils move to 25-21 on the season. This young squad is certainly fun to watch.

Aaron Leasher went four shut out innings as the AZL Padres 2 team won 8-2 in the desert. Every member of the starting lineup recorded a hit except for Luis Castro, who went 0-4 on the day. Anderson Polanco threw two shut out innings, striking out four for the Padres.

The DSL Padres team lost 8-2 as Martin Carrasco had an off night on the mound. The Tijuana native is one of the better pitching prospects on the team, but just did not have it. Blinger Perez and Miguel Molina each had two hits and Danny Tovar had a double in four at bats for the Padres Dominican team.

2 thoughts on “Down on the Farm: August 3- Quantrill Earns First Double-A Victory”

Questions for the SDSU men’s basketball team as season begins