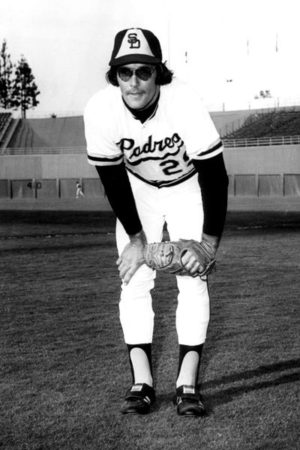 Former San Diego Padres’ pitcher Lowell Palmer, 71, has filed for bankruptcy on two occasions. He has had 28 surgeries, including open-heart surgery, and cannot lift either of his arms above his shoulders. His prescription drugs are paid for by the State of California. Other than the $6,262 net payment he receives every February from Major League Baseball (MLB), the only other source of income he gets is the $18,000 he gets each year in Social Security.

Talk about a guy who could use a pension.

But you have not gone to bat for him, have you?

I get it. You’re a labor leader. You don’t want to part with any money earmarked for your current rank and file. That’s right out of Labor Economics 101.

But all the guys like Palmer did was endure labor stoppages, go without paychecks and stand on picket lines 47 years ago so free agency could be ushered in by the players. The same free agency that Manny Machado and Eric Hosmer have taken advantage of recently.

And if I’m not mistaken, that you have availed yourself of too.

Palmer recorded 3 1/2 years of service time, thanks to his having appeared in 106 career games and hurled 316 and two-third innings. He made 25 starts, threw two complete games and earned five victories, including one shutout. The man spent over three years pitching in the Major Leagues.

Today, all you need to do to earn a pension when you’re 62 is stay on a roster for 43 game days.

What’s wrong with that picture?

Why should the guys like Palmer be penalized for playing the game they loved at the wrong time? All because Marvin Miller and Don Fehr screwed up. The duo (who led the labor union at the time) did not insist that all a player needs are 43 game days of service for a Major League Baseball (MLB) pension. In 1980, it was not made retroactive to include the guys like Palmer and other former Padres such as John Balaz, Van Kelly, Richard Clyde Sawyer, and Jerry Nyman?

Thanks to your predecessor, the late Michael Weiner, your union and MLB decided to throw these guys a bone in April 2011. The maximum payment permitted to men like Palmer is $10,000. Palmer’s gross payment amounts to $8,750 a year; meanwhile, vested retirees can receive up to $225,000.

This is the not the same Tony the Tiger most people remember from when you were an All-Star with Detroit.

Women like Dave Hilton’s widow, Patty, get nothing now because the payment her late husband received stopped after he died in September 2017. He played in 161 games for the Padres in four different seasons (1972-75).

She also receives squat because, when Dave was a first-base coach for the Milwaukee Brewers in 1987 and 1988, there was an understood and non-verbal “wink wink, nod” agreement between the union and the league that pensionable service credit is limited to only four coaches.

And what about former San Diego hurler Frank Reberger?

He pitched for the Cubs, the Giants, and the Padres and talked about the fact he gets nothing from his time as a player when he appeared in a total of 148 games, made 37 starts, recorded 14 victories, had five complete games and earned eight saves in 388 and two-third innings.

Oh sure, he gets an MLB pension. But only because he was a pitching coach for the Marlins and the Angels, not because of the three years and 80 games of service credit he accrued as a player.

By my count, he’s due somewhere north of $50,000. So either total that to the current benefit he receives or cut him a separate check.

And don’t say it can’t be done. Former Padre Gene Tenace, who served as a hitting coach for the Astros and the Blue Jays, practically bragged to the San Francisco Chronicle’s John Shea back on February 19, 2015, that he was collecting pensions from his time as a coach AND as a player. Even including his minor-league service.

As you know, Tony, I’ve been wise to the snow job you’ve been pulling off for the last several years. I can call you on it because, well, I don’t work in the Fourth Estate anymore. I’m just a fan, albeit one who knows how to get the word out about this despicable situation.

Expect a lot more of these articles in this space. It’s the least we can do for the guys like Lowell Palmer.

Playoff lessons learned for Padres in 2020

6 thoughts on “An open letter to Tony Clark, Executive Director of the MLB Players Association”